We had the good fortune of connecting with Terry Chiu and we’ve shared our conversation below.

Hi Terry, what was your thought process behind starting your own business?
Starting Game Haus was a pretty organic process. We’d been involved in the local board game scene for some time, running a successful meetup that was drawing fifty to sixty gamers at a time. One thing that we were always on the lookout for was a good venue; most restaurants do not love having a large group occupy their space for six to ten hours at a time, so it was always a challenge. But our members would often tell us that they really enjoyed the combination of a restaurant and gaming space. We’d heard that there was a hybrid “board game cafe” concept in places like Toronto and some Asian countries. We’d hoped to find such a place in SoCal, but no one had done it yet. That was the main impetus behind starting Game Haus. 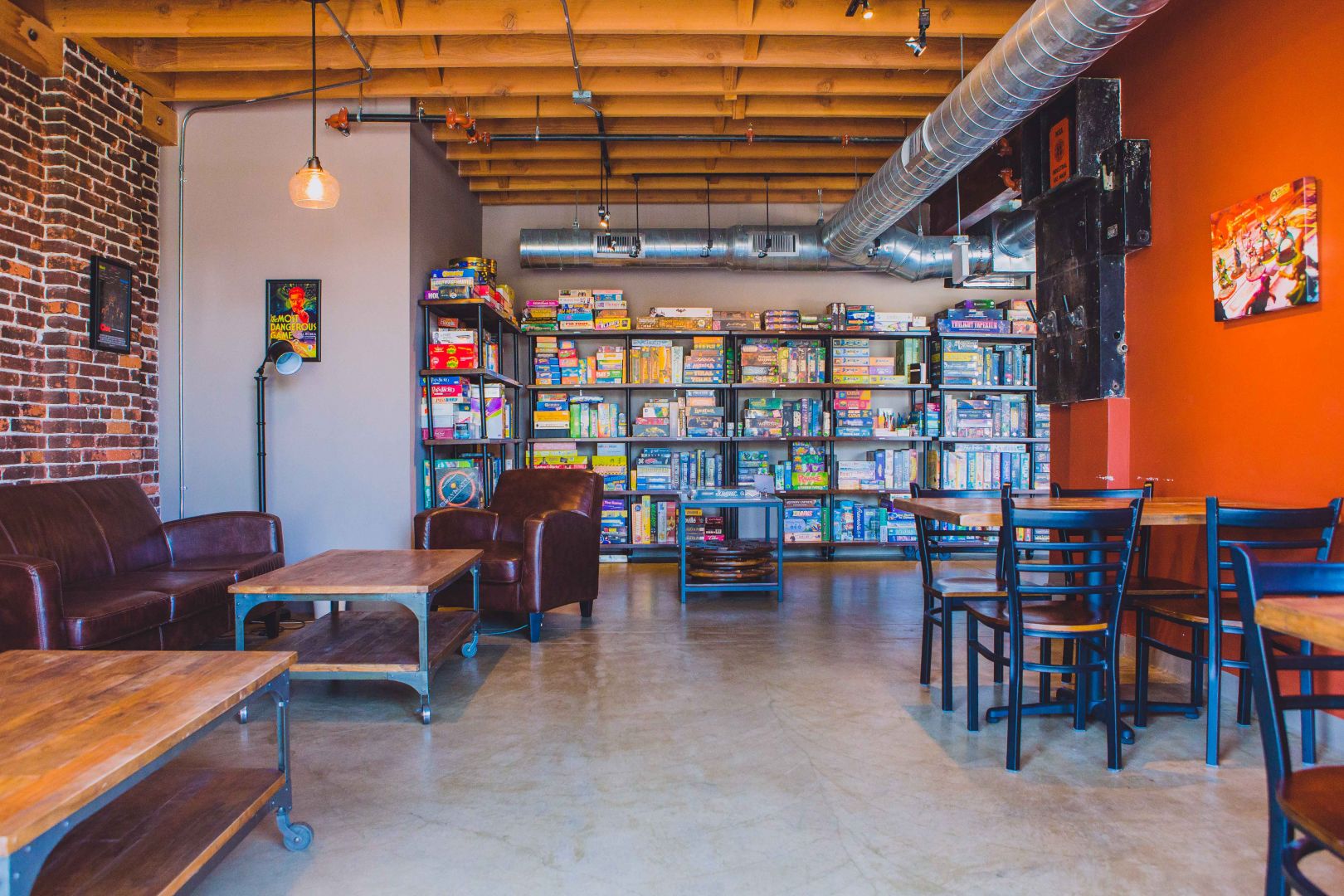 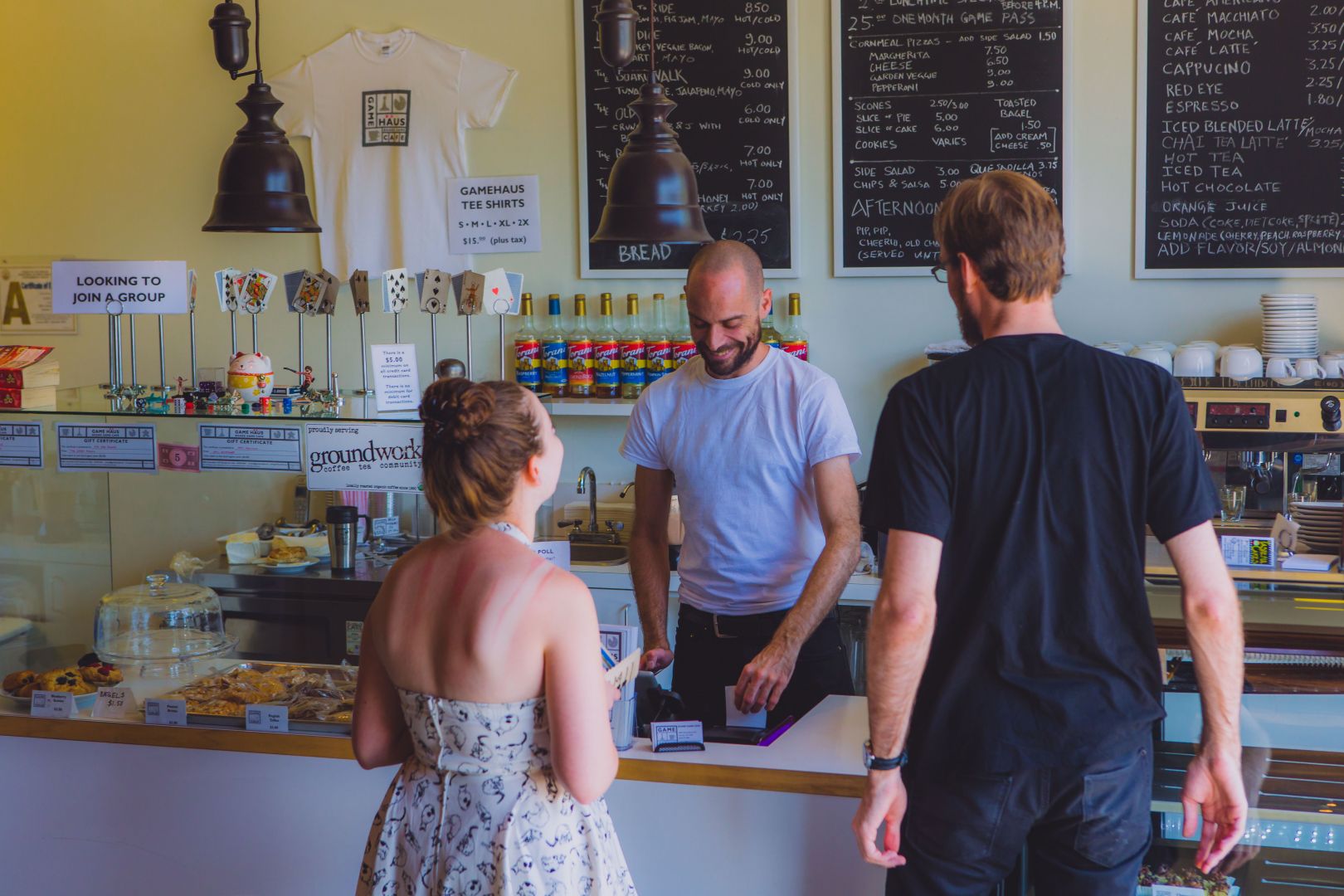 Alright, so for those in our community who might not be familiar with your business, can you tell us more?
One of the biggest challenges was presenting a “hybrid” business to a market that didn’t have a proven example to draw upon. We couldn’t really point to another business that had already done a board game cafe in Southern California and say “hey, they’ve been going for all this time, let’s try it as well!” So it was a risk. We had to build the business from the ground up (literally, as our space was a retail space that wasn’t outfitted for food service), sell the concept to the local community who weren’t familiar with it yet, and hopefully provide an enjoyable experience that they wanted to return to. One takeaway we hope that people get from our story is that the things we’ve tried to integrate (food and board games) both have to do with social interaction and community. Contact with our friends and family has become a premium in our age of smart phones and technology that fosters isolation. We’re very glad that we’ve been able to provide a little relief from that. 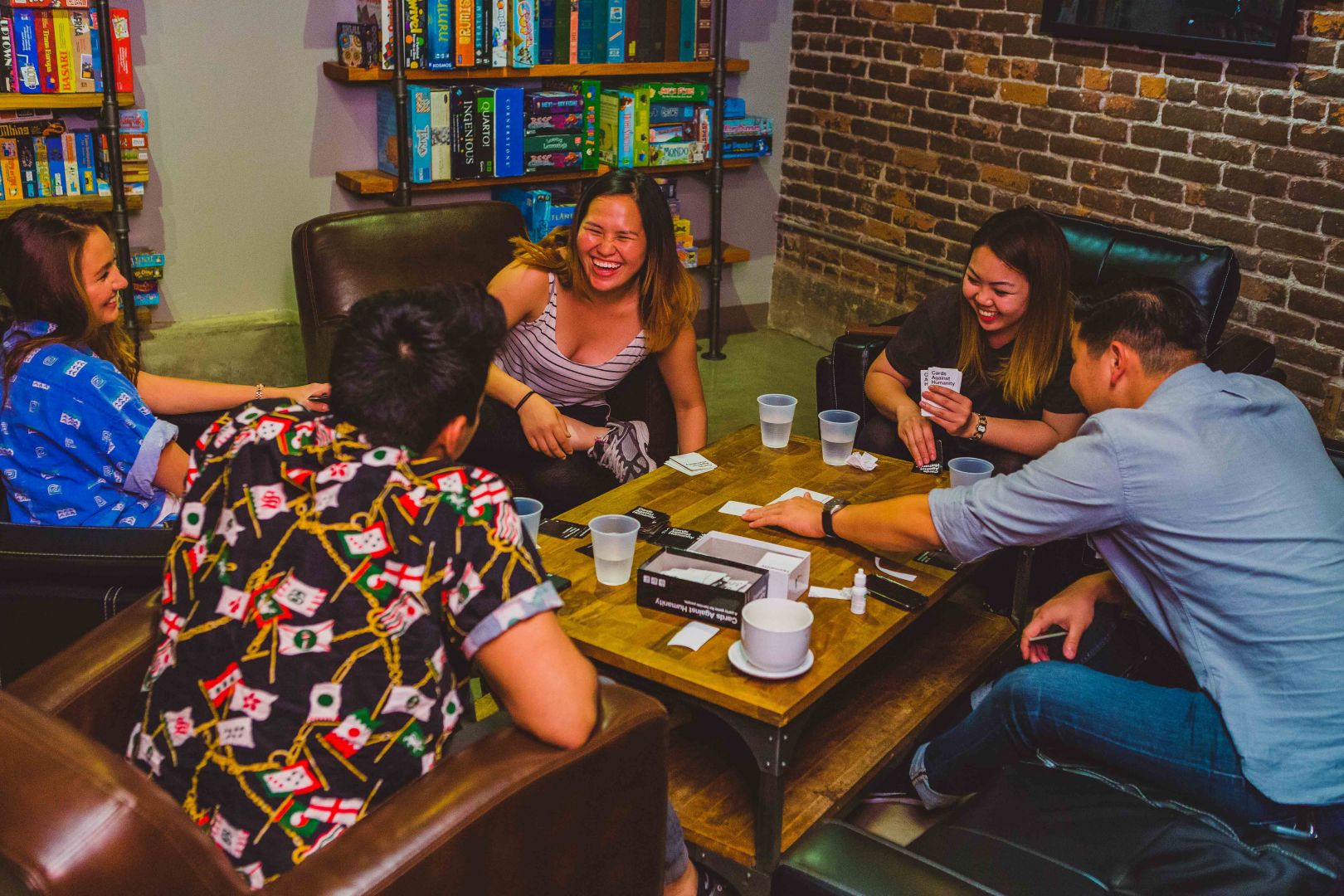 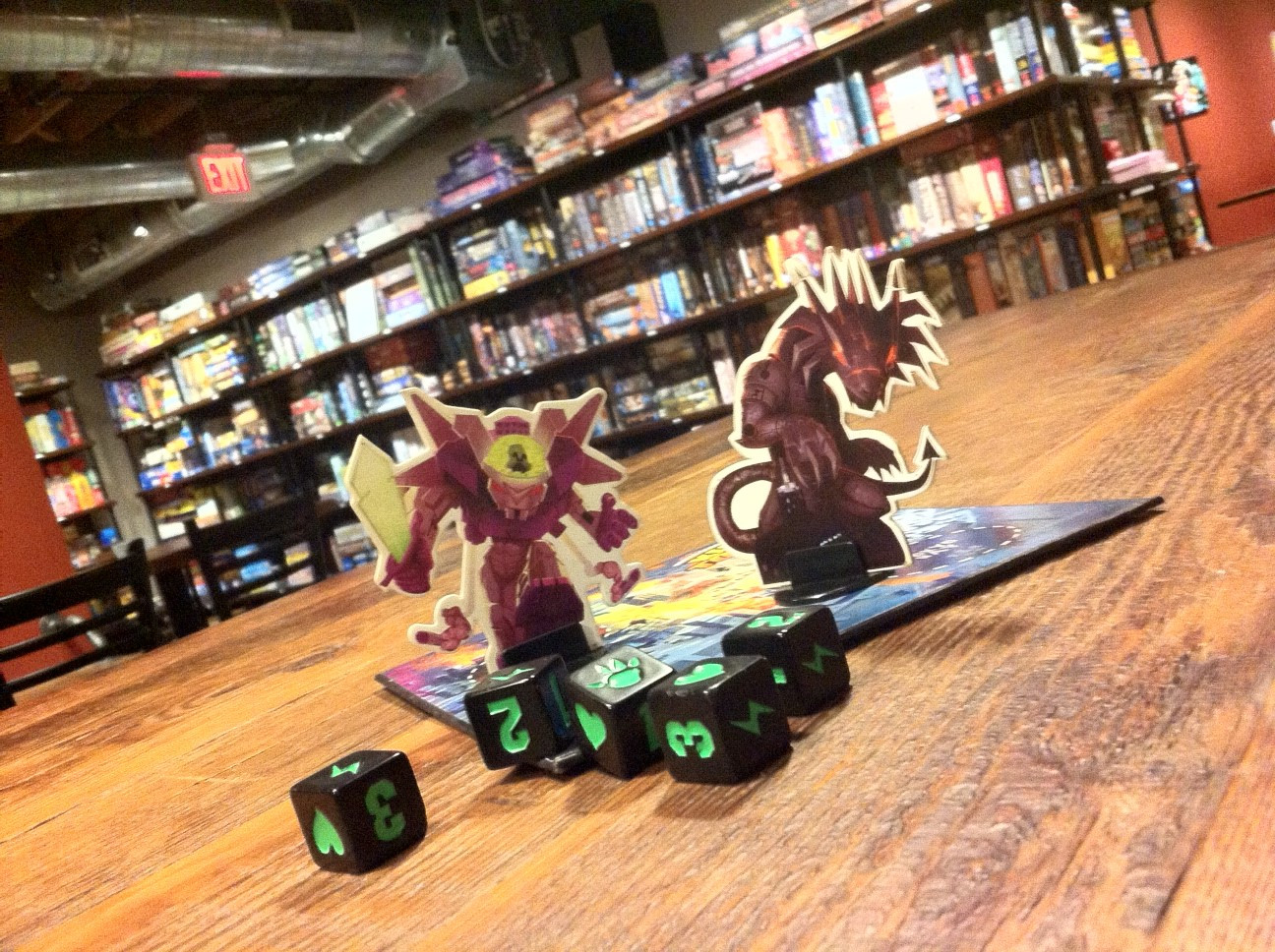 Any places to eat or things to do that you can share with our readers? If they have a friend visiting town, what are some spots they could take them to?
One of the most persistent misconceptions about Los Angeles is that this city is void of culture and history. As film lovers, we’re obsessed with everything about the movies and this is one of the best cities in the world to explore film history. If we were to organize a film-oriented experience for someone visiting for a week (and this is assuming this is post-pandemic when things will hopefully have opened up again), we’d take them to spots like the Bradbury Building (where Blade Runner was filmed). The American Cinematheque at the beautiful Egyptian Theatre, We’re thrilled that the Academy Museum will be opening up in 2021 close to LACMA. And the Deary Departed tour does a great tour of the “dark” side of Los Angeles history! 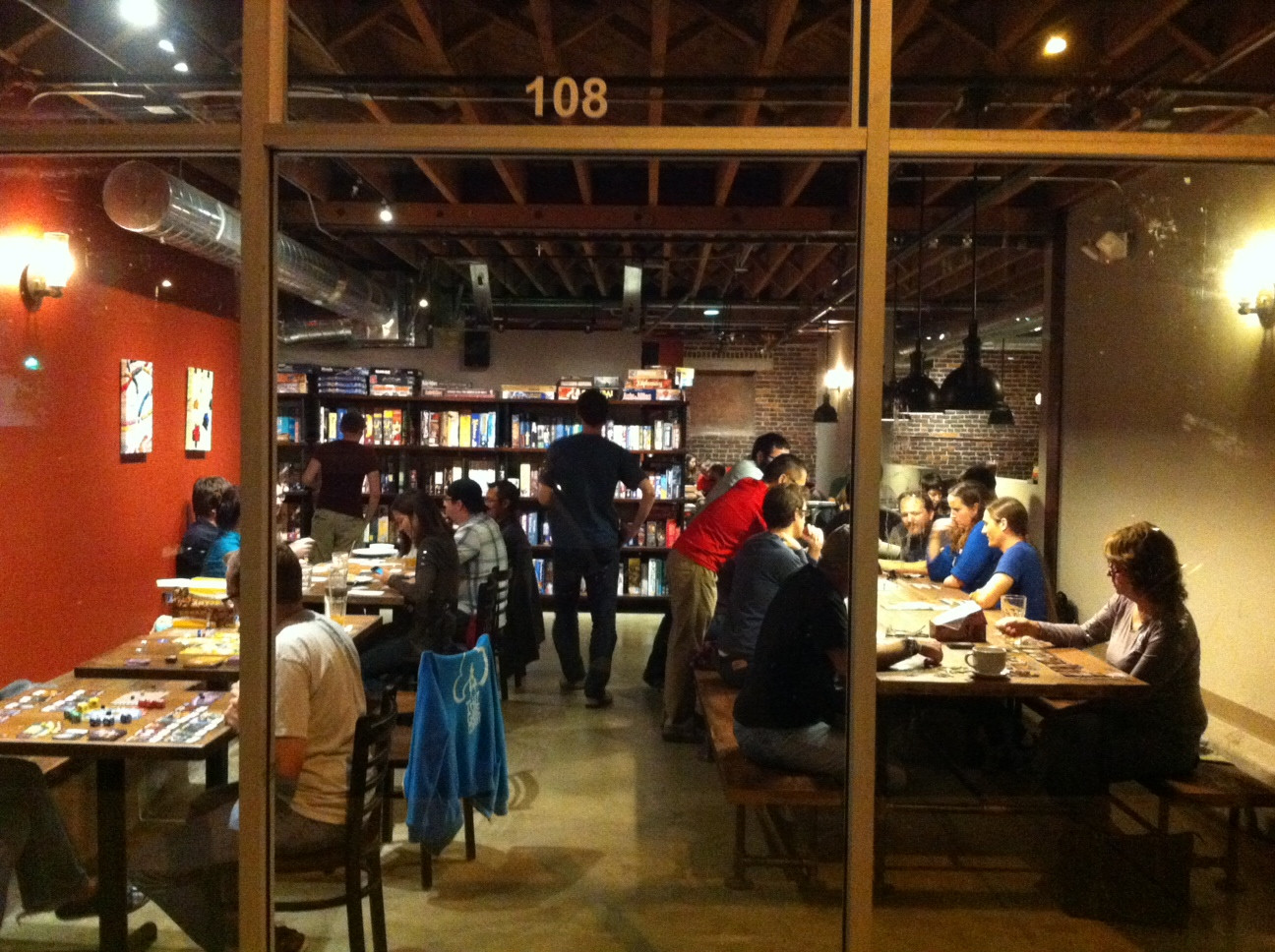 Shoutout is all about shouting out others who you feel deserve additional recognition and exposure. Who would you like to shoutout?
Our Meetup.com group (Gay Board Gaymer) was invaluable in terms of support, input and being the first customers at every step, from concept to promotion to attending as the first customers of the cafe. Los Angeles overall has a very vibrant board game scene and they are the people who have really had our back when we jumped into the market with this odd hybrid business concept, from repeatedly giving us their business to supporting us on social media.