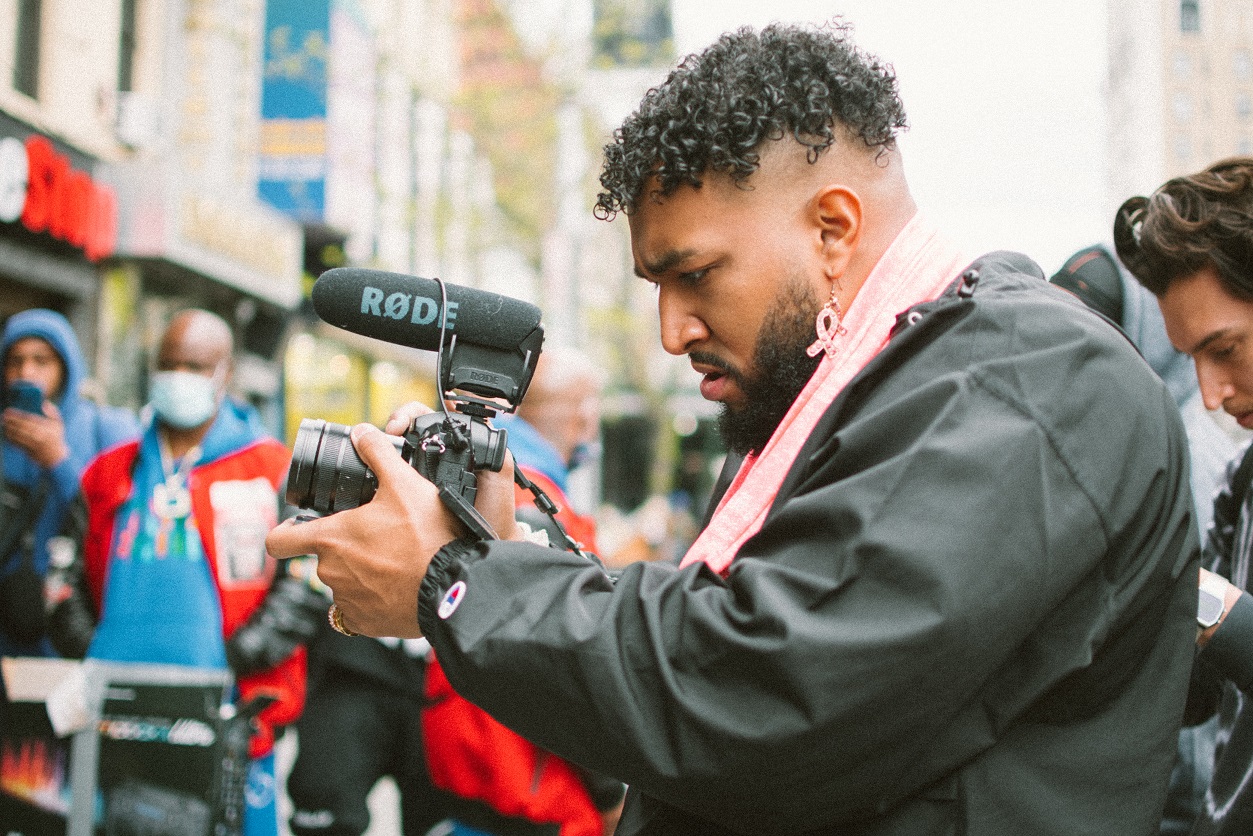 It would have to be finding balance in my life. I am currently having the most successful month of my career and I have been focusing on all the little things. From sleeping at least 6 hours a night, eating healthier, training, to allocating more time to my loved ones. All this alongside focusing on my craft has really made a difference. Read more>> 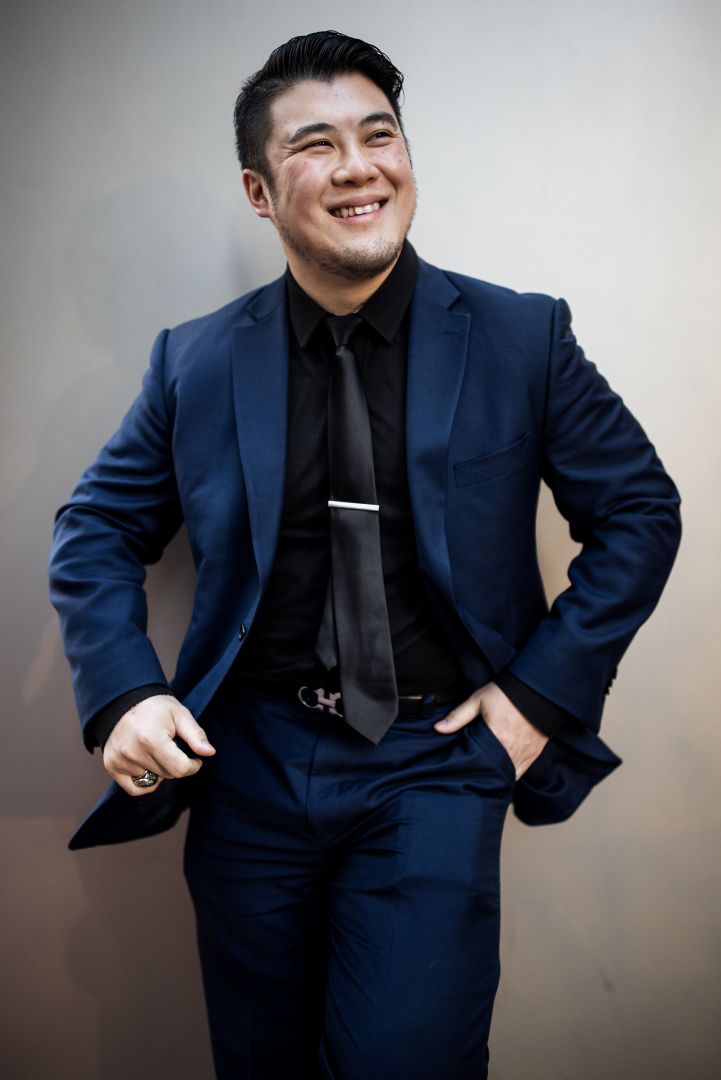 My decision to surround myself with people better than me was extremely important because it allowed for me to accelerate my growth as a professional in business. Being around certain people can truly make or break someone’s future. I feel very fortunate to be around people that challenges me to grow and excel. That tells me what I need to hear versus what I want to hear. Read more>> 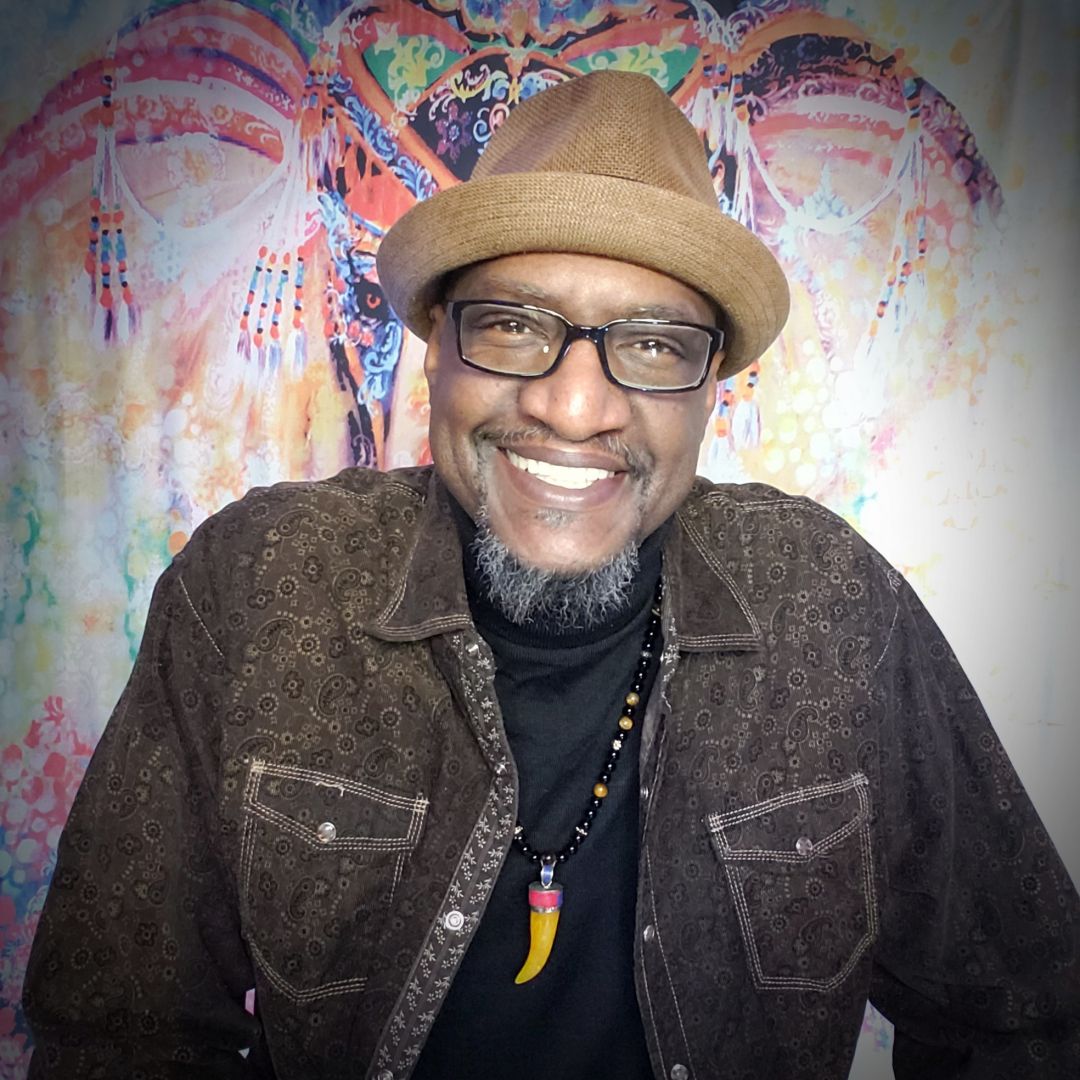 The single most important decision I made that contributed to my success was the decision to not ever give up. There were so many times over the years when things got really tough and I wanted to quit, but hanging in there was the best decision I could’ve made. Read more>> 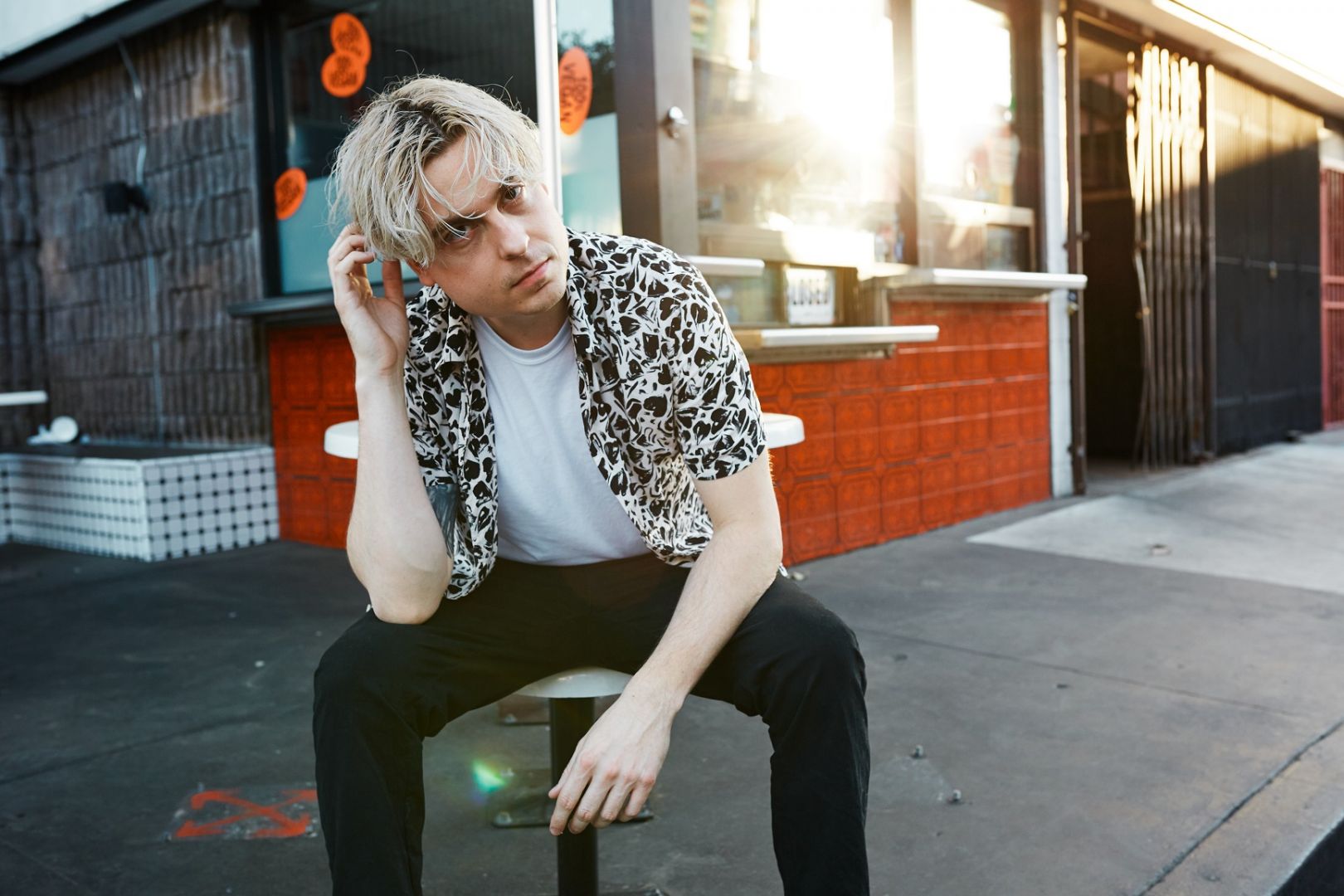 Just going for it was huge for me. I’ve been such a perfectionist in the past. I had spent so much time thinking I wasn’t “ready” or good enough. I’ve learned that stepping outside of my comfort zone and getting comfortable being uncomfortable is what life is all about. I grew up writing and recording songs and demos but didn’t commit to starting my own artist project until last year. Just being in action contributed massively to my success. Read more>> 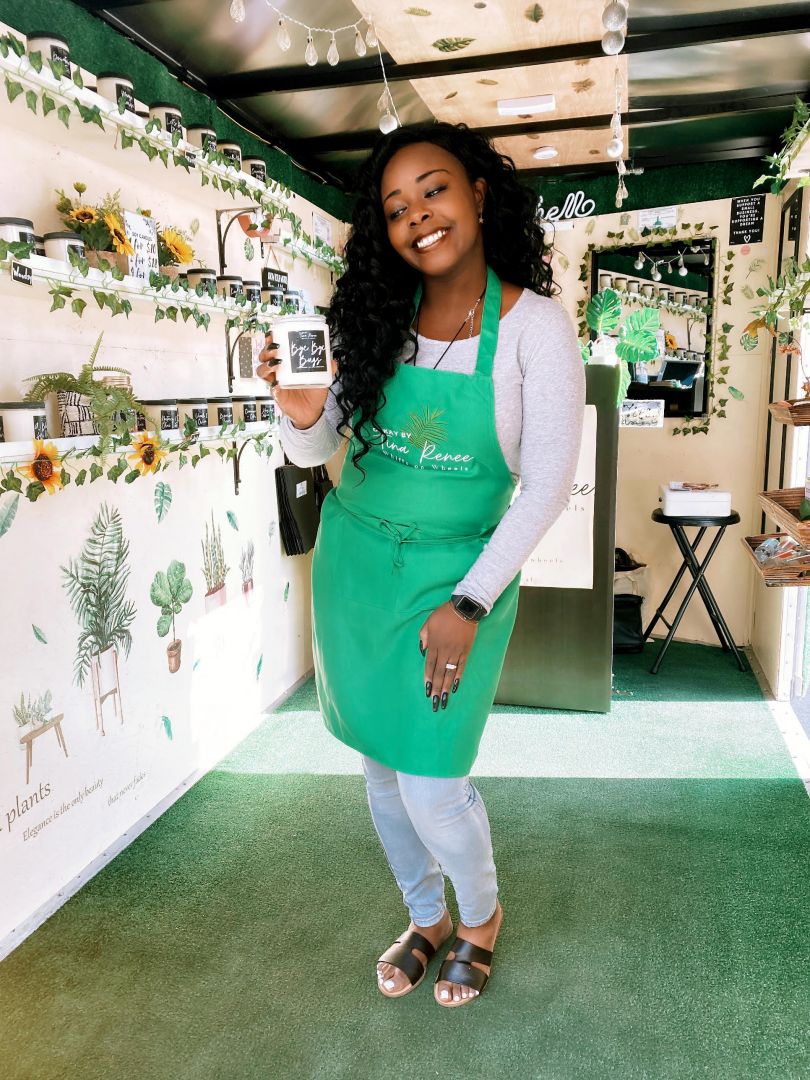 The most important decision that I made, that contributed to my success was, letting go of who I thought I was supposed to be and embracing who I truly was. Along my journey, I found that I had become several different people, none of which were true to my authentic self. For so long, I was afraid that if I allowed people to see the bubbly, charismatic, and naturally fun-spirited black girl that I genuinely was, I would not be received – So, I settled for a dimmed second-rate version of myself. I would look at successful people on social media and try to mimic their road to accomplishment, not realizing that I would never get to where I was trying to go following someone else’s path. After (literally) years of trying to be this person and that person, I made a conscious decision to be true to who I was as my core. Trying to imitate other people’s creativity became extremely exhausting, and to be honest, it was pathetic, and I was over it. Read more>> 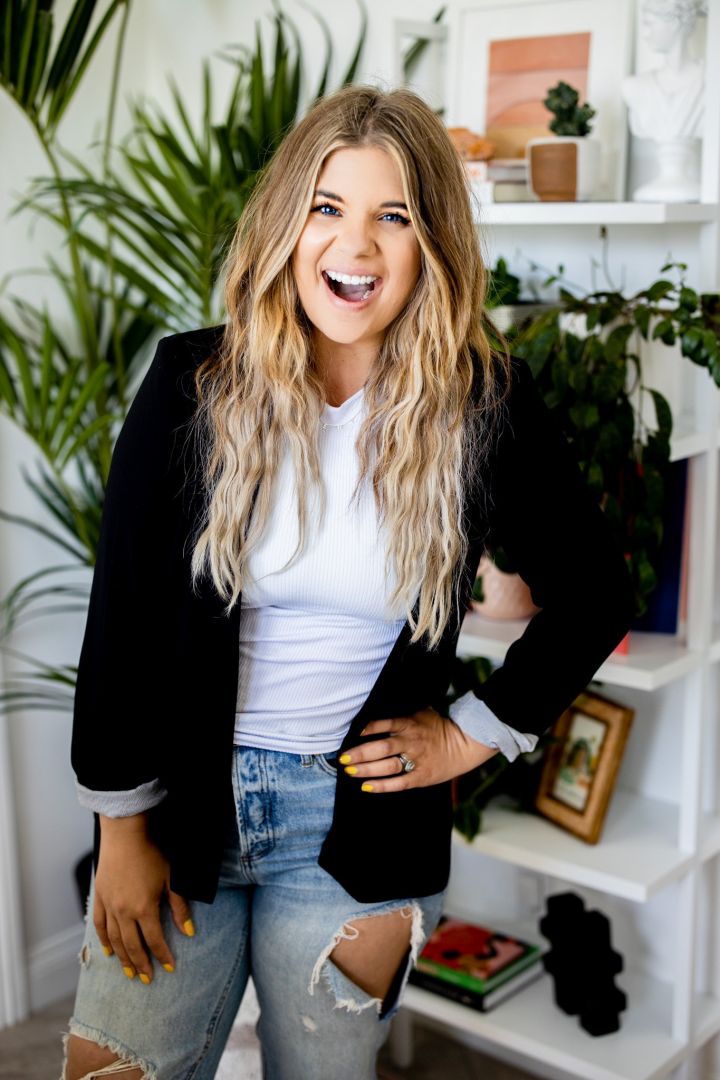 Starting my podcast. I’ve been podcasting since 2015, mostly with a co-host. I branched out on my own and started my current podcast, The Purpose Show in 2018. Making that transition was huge for me and my brand. My business started generating 6-figures per month, my reach skyrocketed, and I felt like I was getting my message out there in a way that worked so well for me. I enjoy talking more than writing, I feel like I am able to be my sarcastic self and no one misses my tone, and I people can hear my passion for what I do through their earbuds. Launching my podcast was such a huge turning point for me!. Read more>> 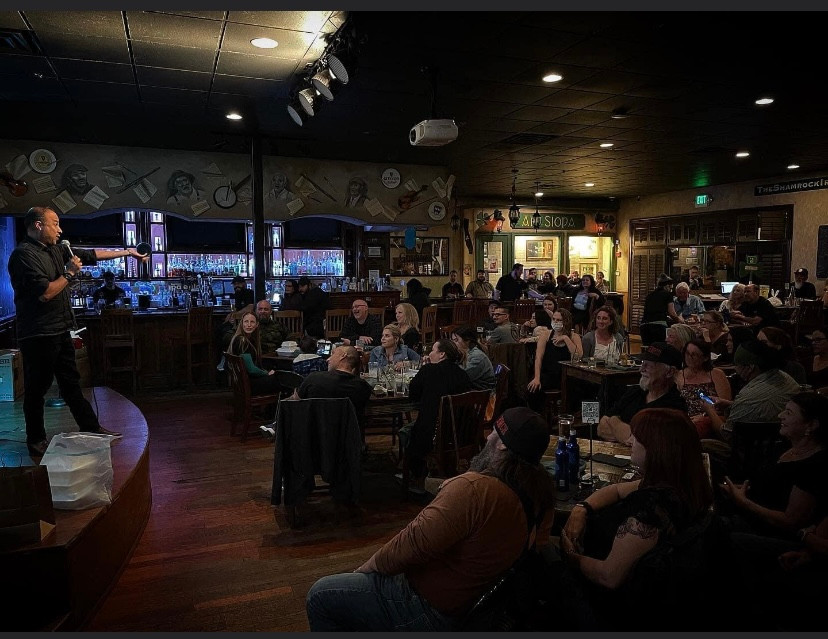 I think just deciding to go full throttle into comedy and not be scared at all . In the industry I’m in there are more slaps than claps. I tend to never let any negativity ever invade my personal and professional life. Read more>> 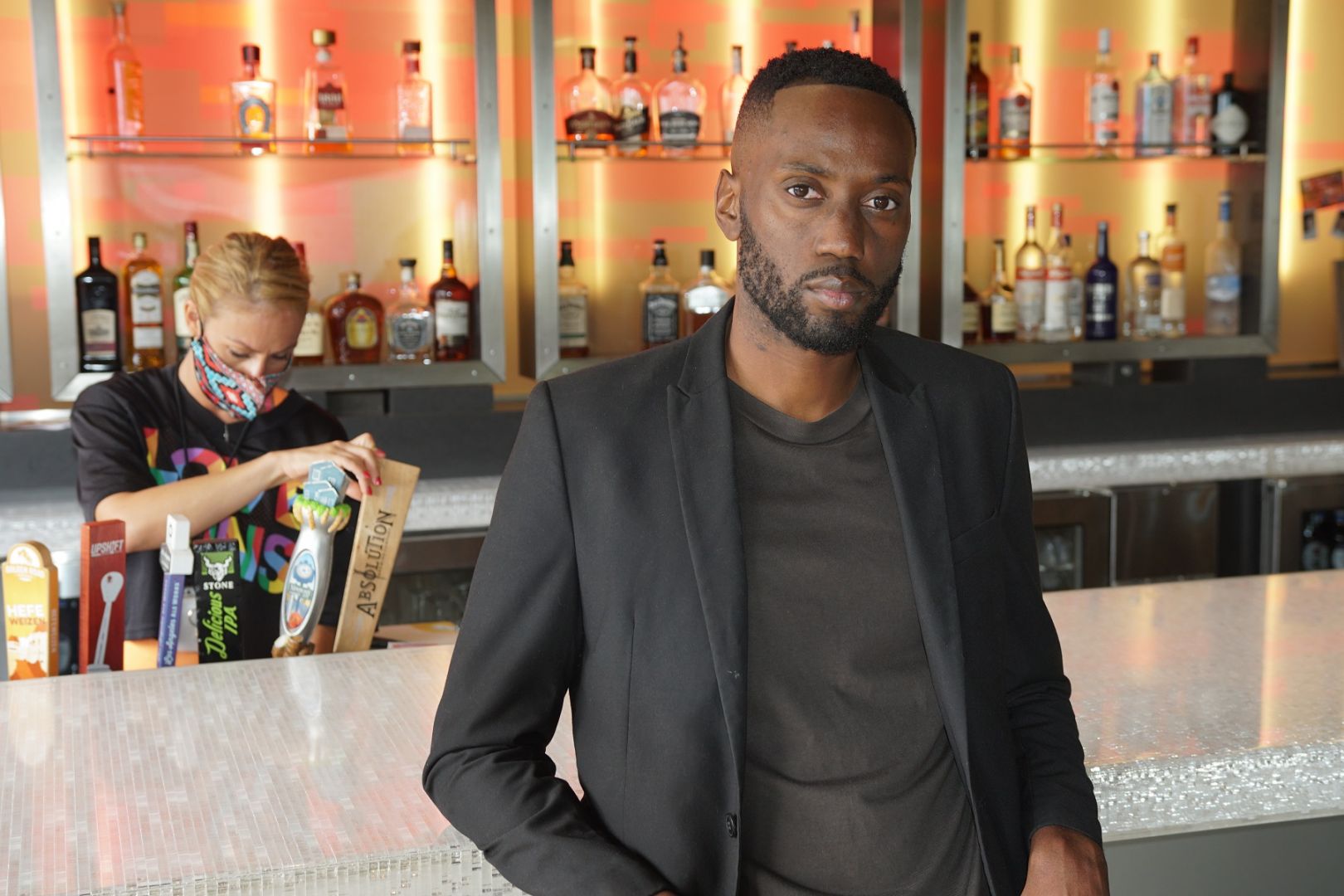 It was important for me to do what I love. At first, that sounded so cliché to me but after going through the grueling and long journey of building a startup myself I know now that it’s only when there’s a deep passion for what you’re doing can help you find the will-power to play the long game. Being an entreperuer is hard, startups are hard so it’s important to love the process and not just the end results. Passion gives you that. Read more>> 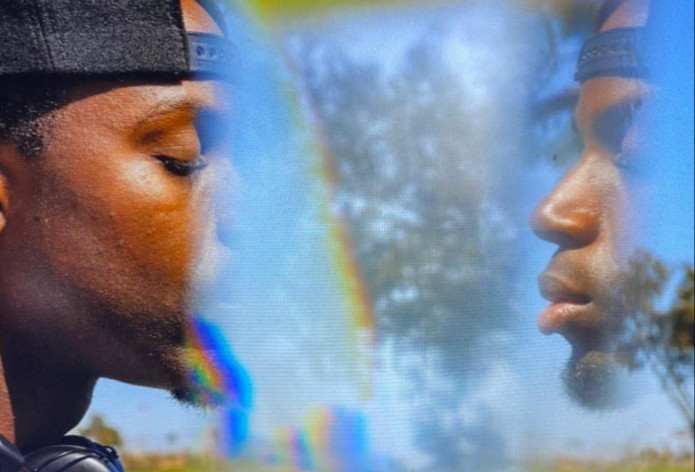 Aside from working for myself, the most important decision that I’ve made when it comes to my success would be leaving my ego at the door, and develop a willingness to fail and an open mind to learn. When it comes to doing something that you’ve never done before, expecting to get it right the first time is a reality that has escaped me a long time ago. Although I’ve been doing music since high school, I have never made it a business until later down the road. This allowed me to understand and accept the many different lessons and the range of knowledge this will come with. My willingness to be a sponge when it comes to learning will only give me more experience on this journey. Read more>> 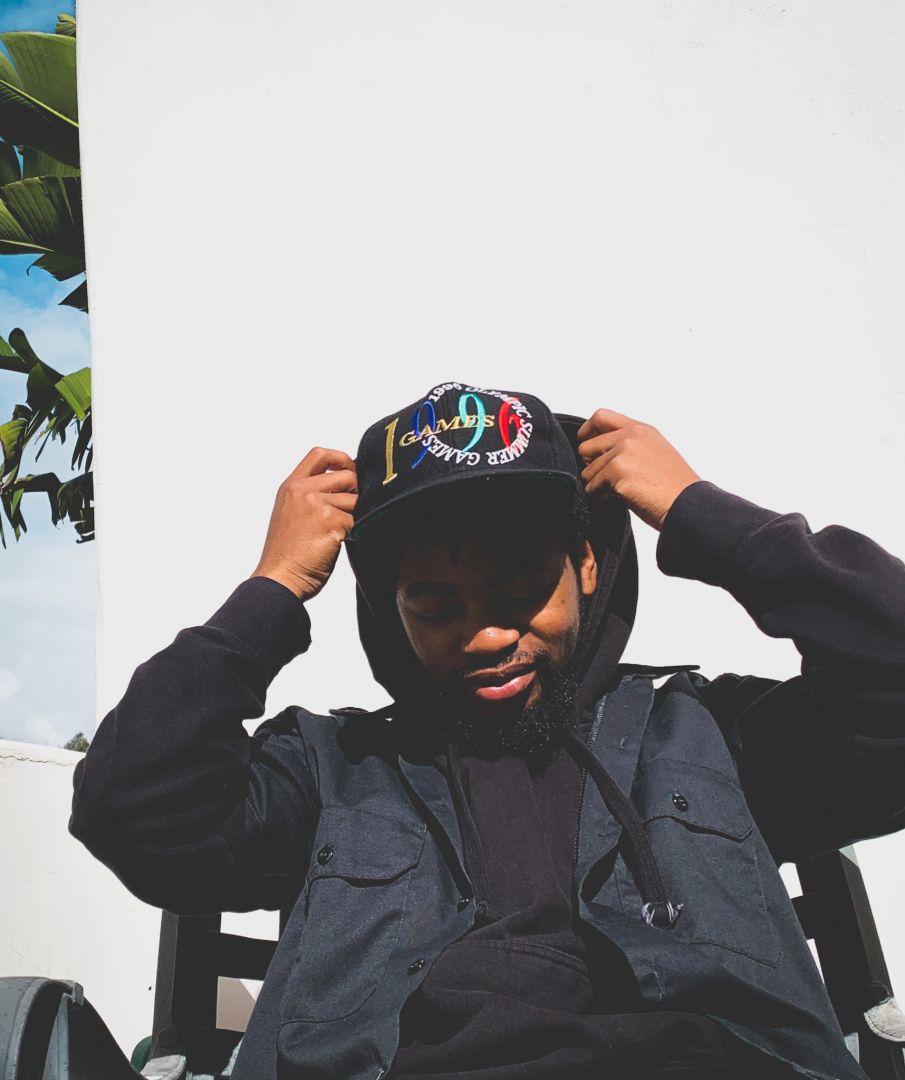 Other than deciding to work for myself, the single most important decision I made was to actually START doing what I was planning. Even if it was just writing the plan down. I feel like the longer it’s in your head, the more time is wasted not implementing the first step that was thought of 10 ideas ago. Read more>> 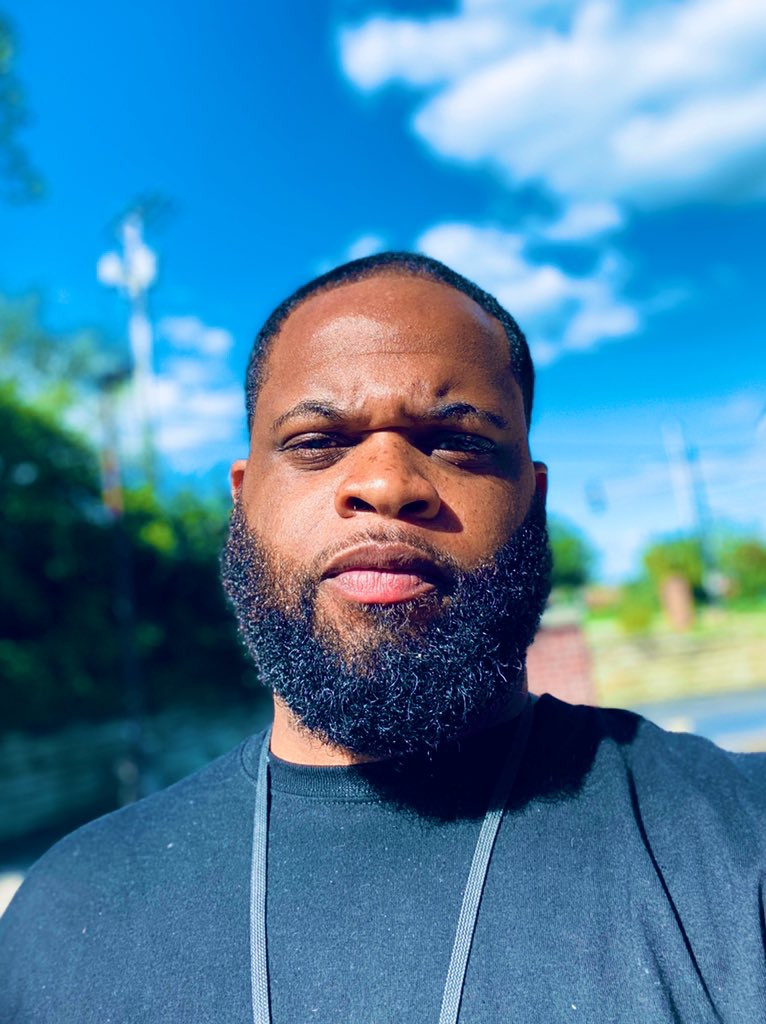 I decided to dedicate my life to it. music has been a passion of mine since i was a child so it was predetermined that i would create music in the beginning. after realizing that to live i must love what i’m living for, i decided to never stop creating and to pursue music as not only a profession but as a purpose. Read more>> 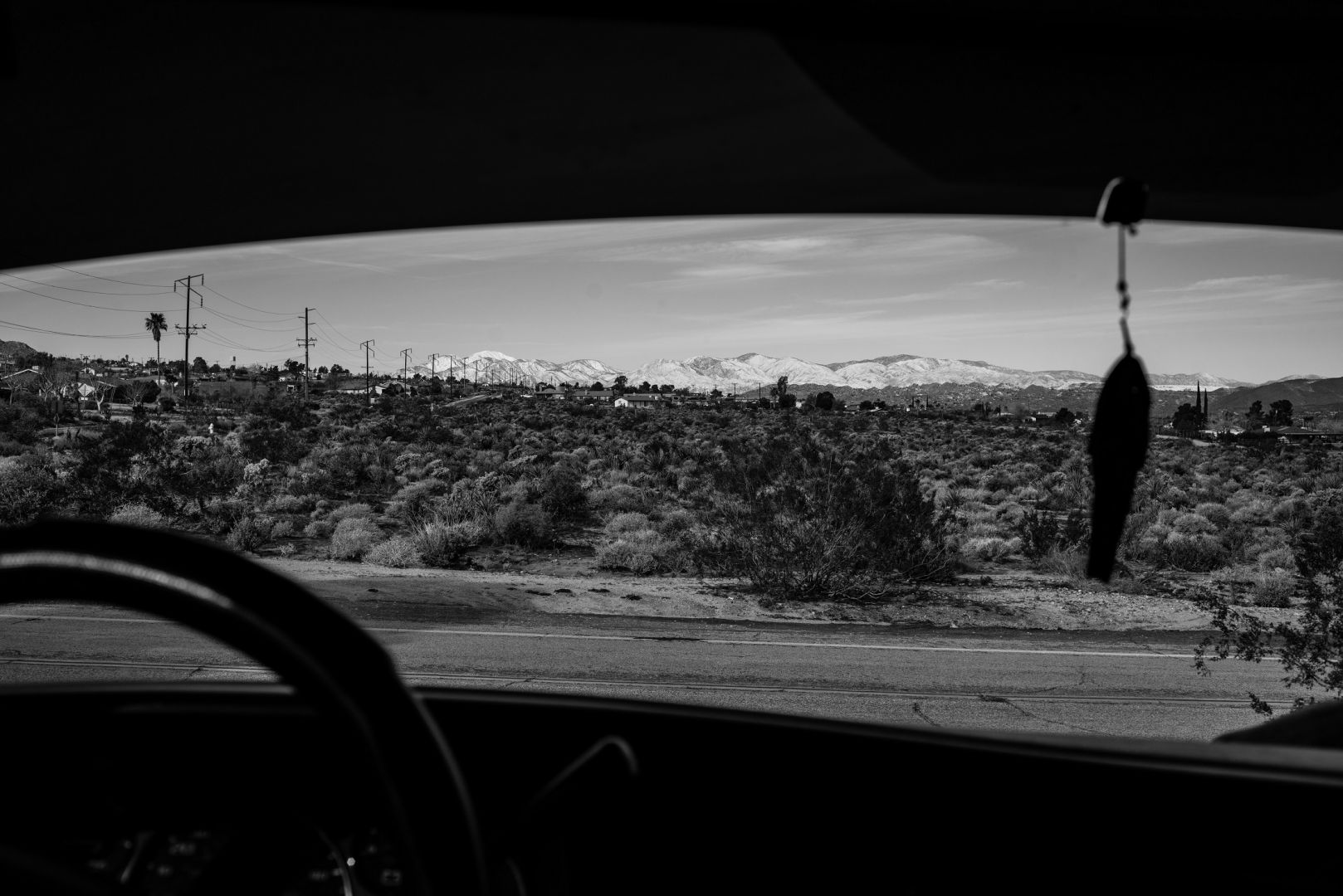 I often recall a pivotal point in my life and remember it as being one of the most important decisions I ever made. I was working at a photo studio in Miami Beach in 2001, we were one of two maybe three studios and it was still part of the heyday of the photo industry in Miami Beach and we were busy, this was before digital had come to be the standard in the industry. This particular studio had equipment rentals, camera rentals, film and expendables for sale and of course the studios. It was a great place but the owner was at times very tough to deal with, he had many successes but also had some personal difficulties in his life that he would unfortunately take out on people around him. I had witnessed this type of behavior many times and without consciously saying it to myself knew that the day it was directed towards me, I wouldn’t put up with it. Read more>> 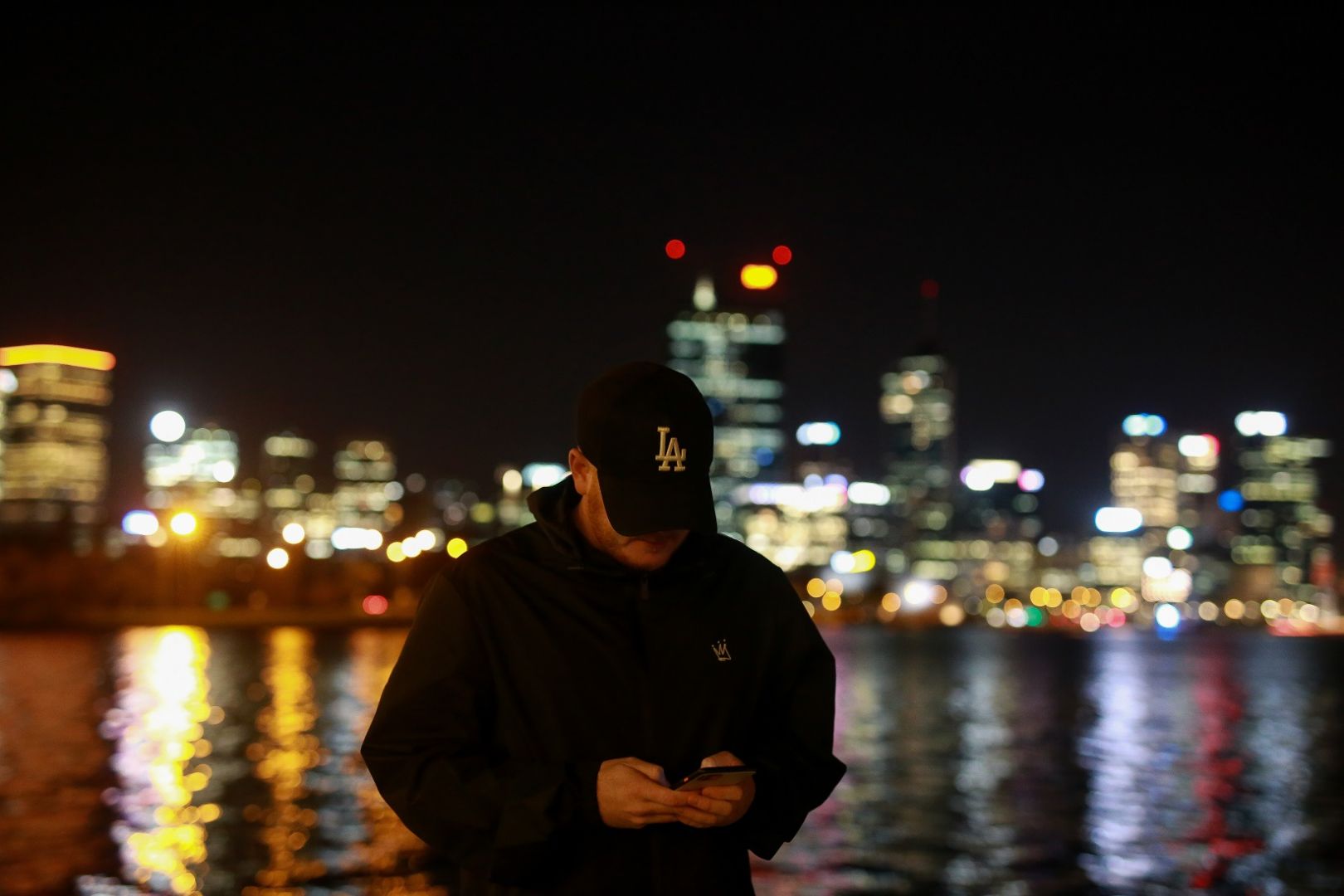 Honestly the best decision was to take my passion and run with it. Full time. No excuses. I was originally working a “normal” job during the week and trying to make the creative side a hobby for the weekends, that plan will never work! It wasn’t until I was put in a position where I needed to leave my ‘day job’ and decided to go hard on the music side that I saw true achievements roll in and milestones start ticking off. Read more>> 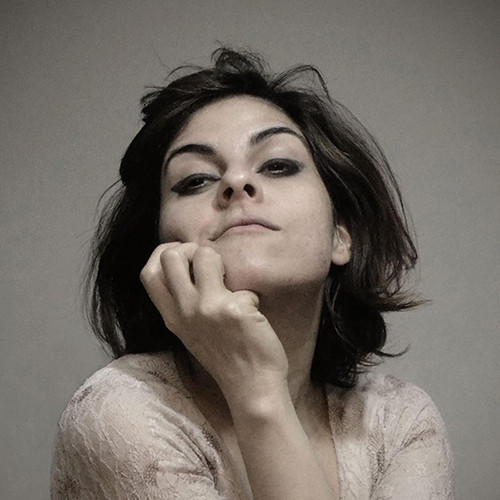 One of the things that has allowed me to succeed in my own artistic career has been to detach myself from the results of my individual paintings. Whether a painting is successful or a failure, it is not a reflection of my value or self worth as a human being. When I was younger, I took my failures in my work very personally. I would see failure as though I was lacking in intelligence, or in skill, rather than it being an issue of knowledge and practice. This became so debilitating, I actually quit art for a little bit. But later on I realized that failure is an important part of success, and I needed to detach myself from this punishing mentality in order to have a sustainable career. What I didn’t realize was that by detaching myself from the results, I would come to fall further in love with the process. Read more>>

Making sure I chose to do what I love. I enjoy working for self as I love catering and communicating to people. Doing something you love automatically gives you energy for the next work day. Read more>>