Webster doesn’t know everything. Some words can’t be defined by a dictionary. Rather they are defined by our values, ethos, and principles. We asked hidden gems from the community about how they define success and have shared their responses below. 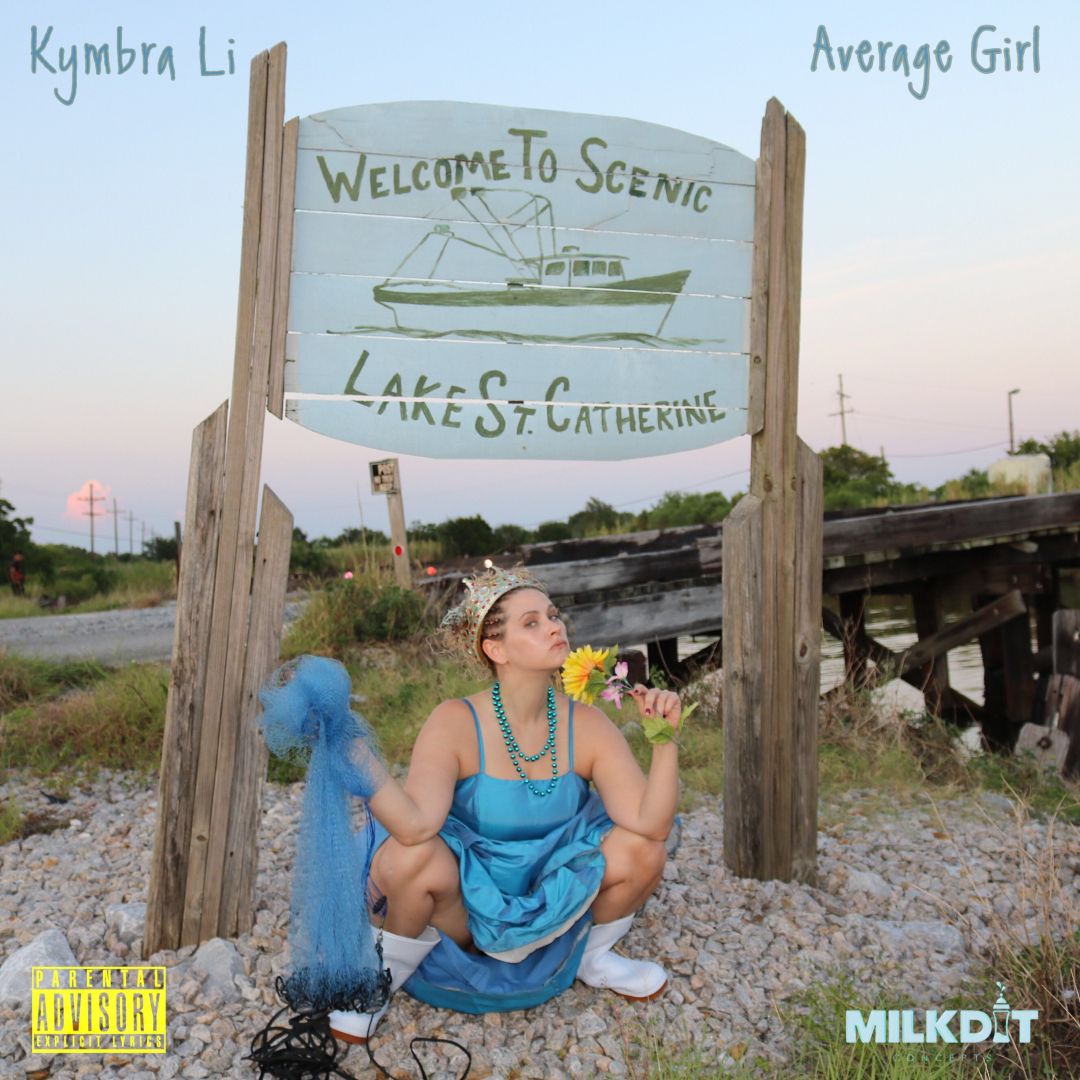 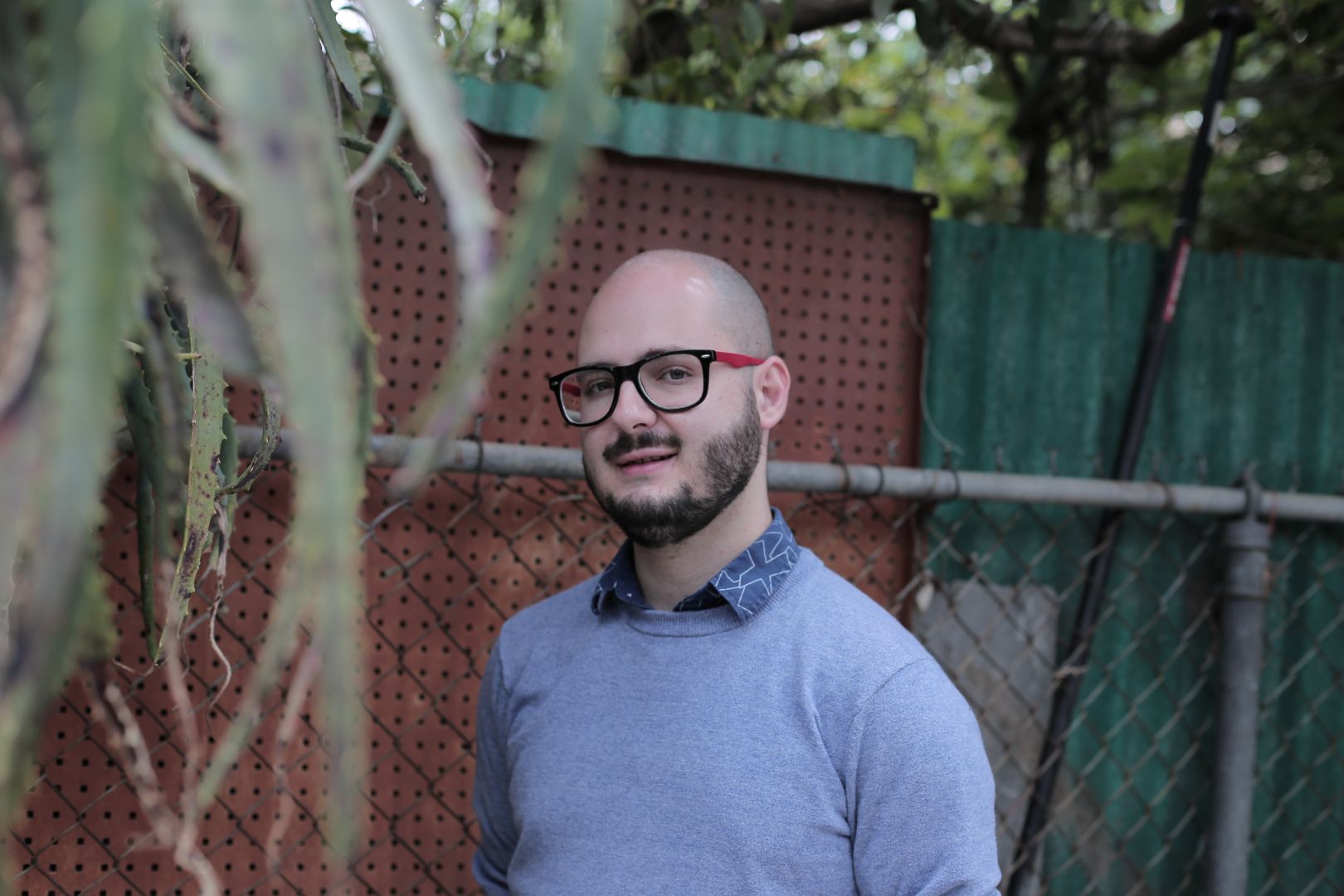 My definition of success has changed over time, and will probably continue to change as I keep growing and evolving in my career and personal life. For the longest time I only equated success with financial stability and/ or abundance. And that element definitely still plays a role in what I see as success. But that is not the only metric. I think a sense of fulfillment with my day-to-day tasks is probably the most important part. If something that occupies a large portion of my everyday life (a job, a hobby, a friendship, a romantic relationship) makes me feel that the time and energy I’m putting into it is worth the results I’m getting, that is a pretty good sign that I’m being “successful”. I’ve also found that success is something I can only realize I have once I’m on it, and that treating it as something to aspire can be tricky, because it’s so elusive. Read more>> 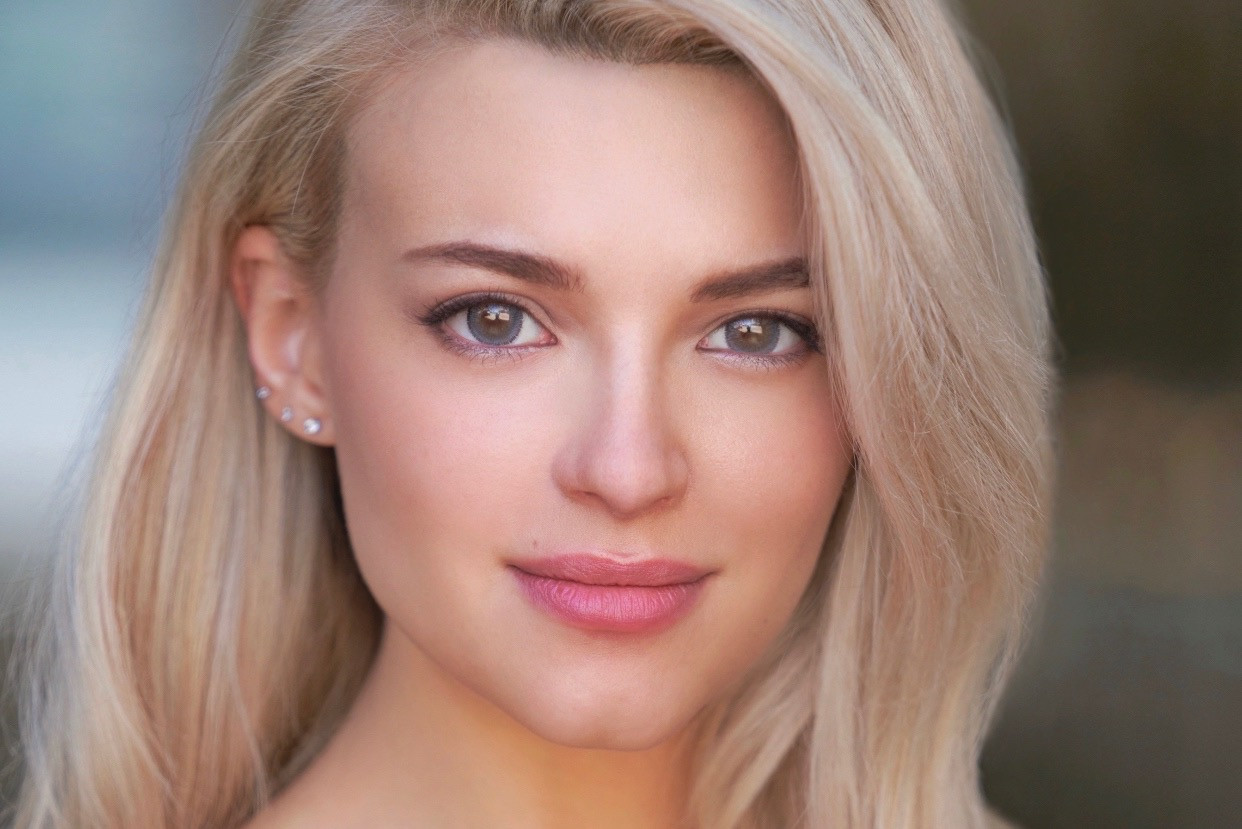 In a perfect world success is a combination of being healthy, fulfilled, wealthy, independent and in demand professionally. It’s all of that combined with the possibility of future growth and improvement. Read more>> 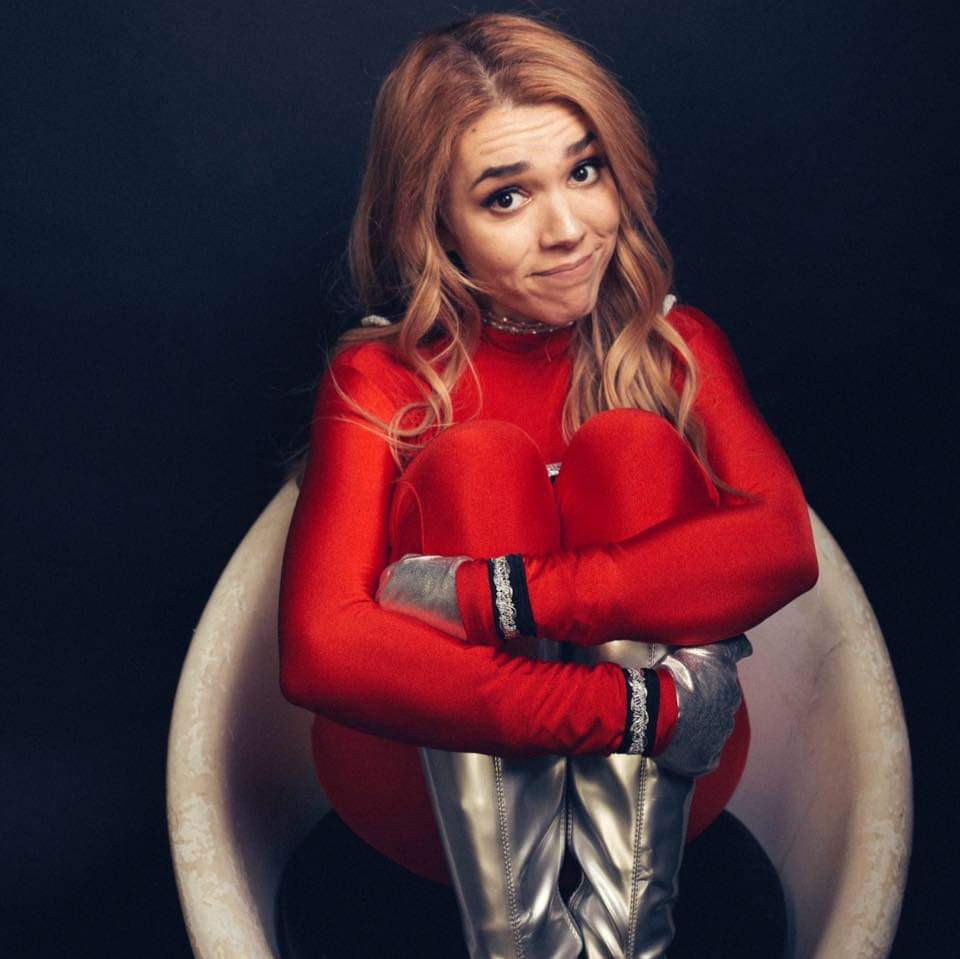 I feel like I have experienced many people’s definition of “success” and this has shaped my own definition. For many, success can be quantified by one’s monetary income. To me, success is measured in how you spend your time. I have always known I wanted to be an actor so I could bring joy to others, the way that actors I enjoyed, like Robin Williams, would bring joy to me. I knew I wanted to move to LA to pursue this since I was in middle school. I went through the motions of going to college, getting a degree, and then taking the first corporate job that came my way. I was the Human Resources “Executive” for a major retailer. I had an office with my name on the door and I was already making more money than either of my parents with promises of significant salary increases every year I stayed with the company. My original plan was to make this a “side gig” while I looked for acting jobs, but it quickly became clear that there was no way this would be possible with my “executive” workload. Read more>> 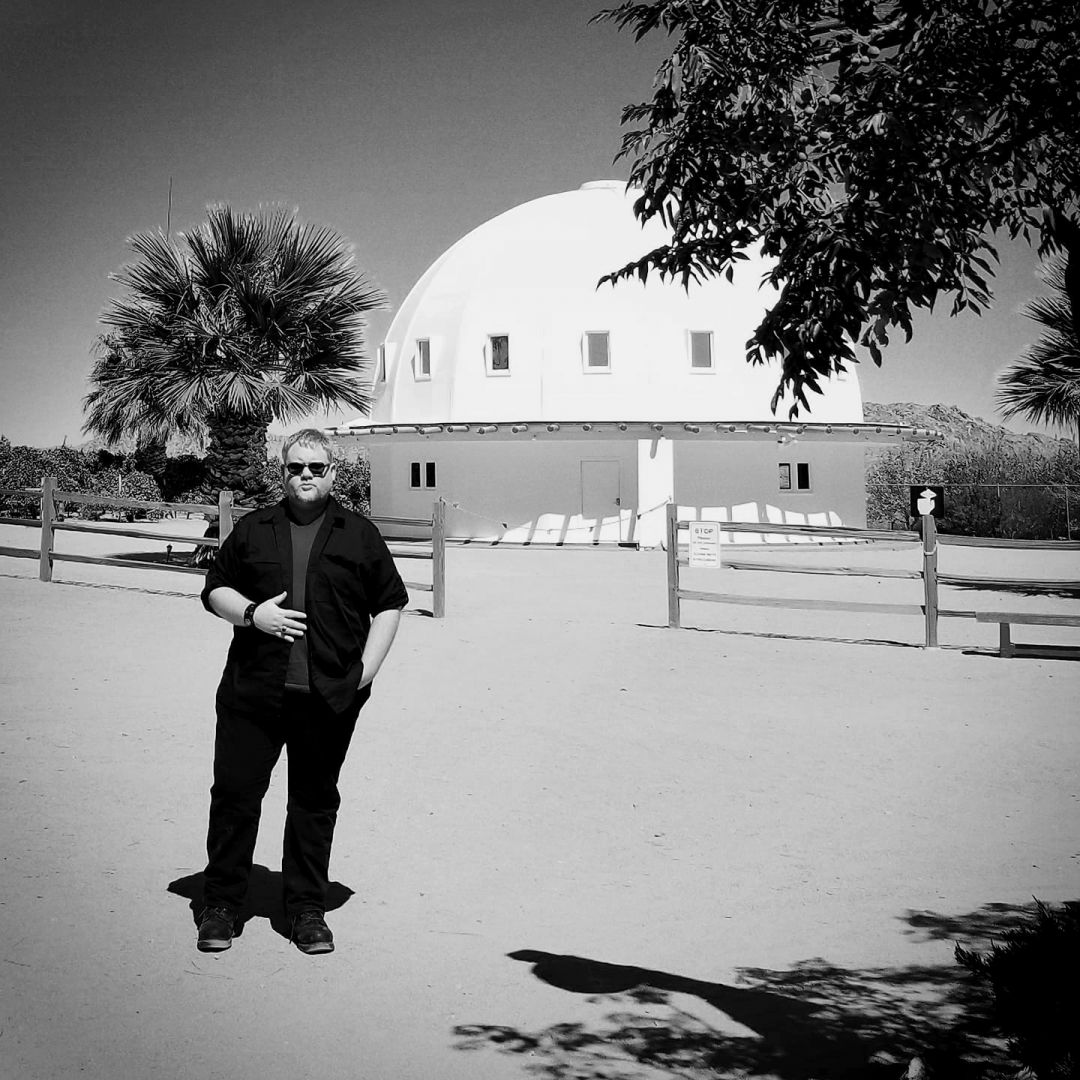 I don’t think of success as something finite. It’s not a financial milestone or being recognized for a specific achievement. Success is ripping away that veneer of culture and language and history separating you from the human animal; the spiritual being which is tethered to the universe. Once you’ve peeled back enough layers and you’re actively examining everything about yourself and the world, that’s success. Read more>> 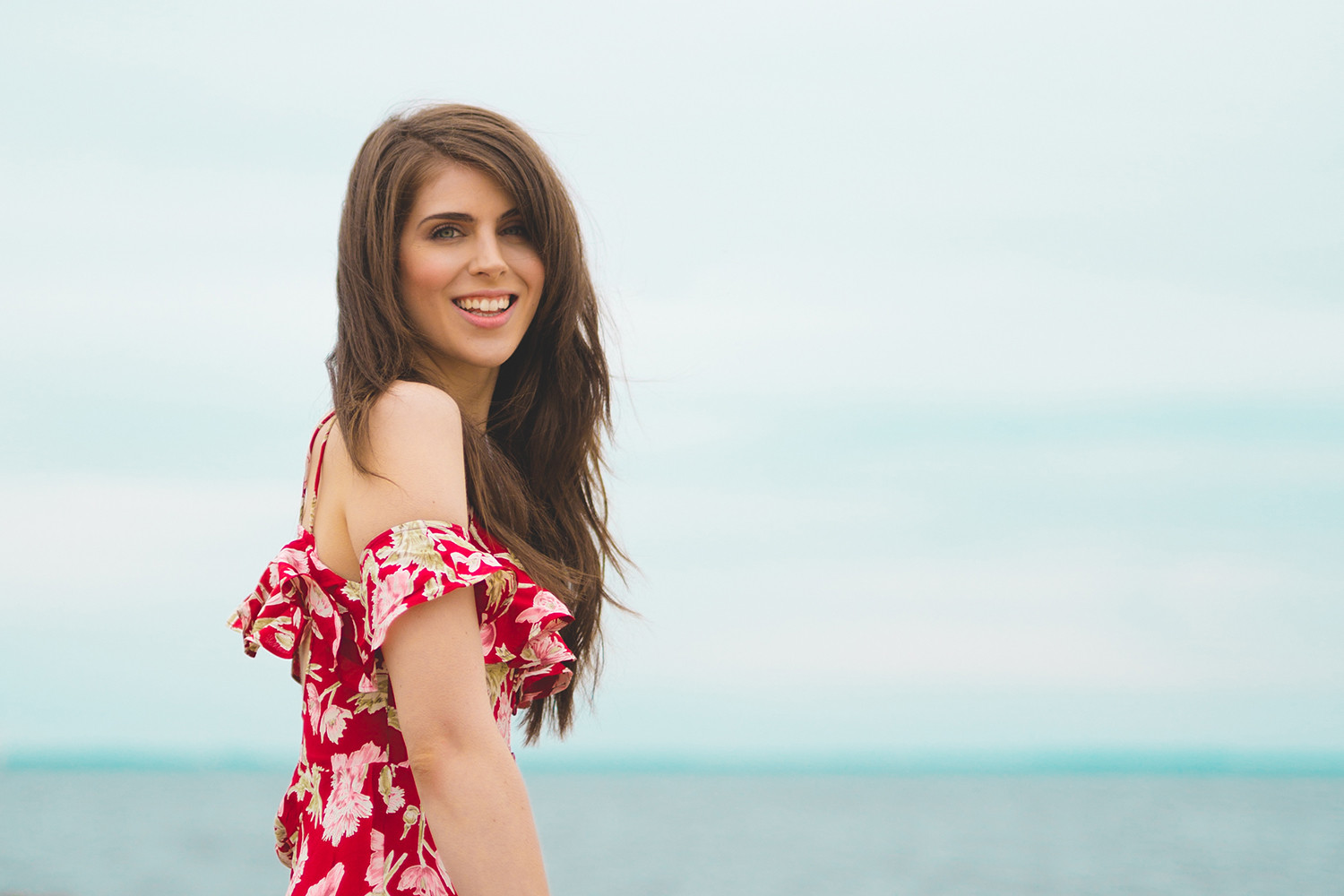 I’m learning more and more that success isn’t linear, stable or to be conflated with happiness – even at the highest echelons of my industries. I’ve been redefining success as I mature. I’ve gained too much appreciation, understanding and self respect to define “success” as constant income or relentless praise. Today “success” can mean that I myself enjoy what I crafted, that it led to a new discovery or growth, or that my art sparked joy or a conversation. Read more>> 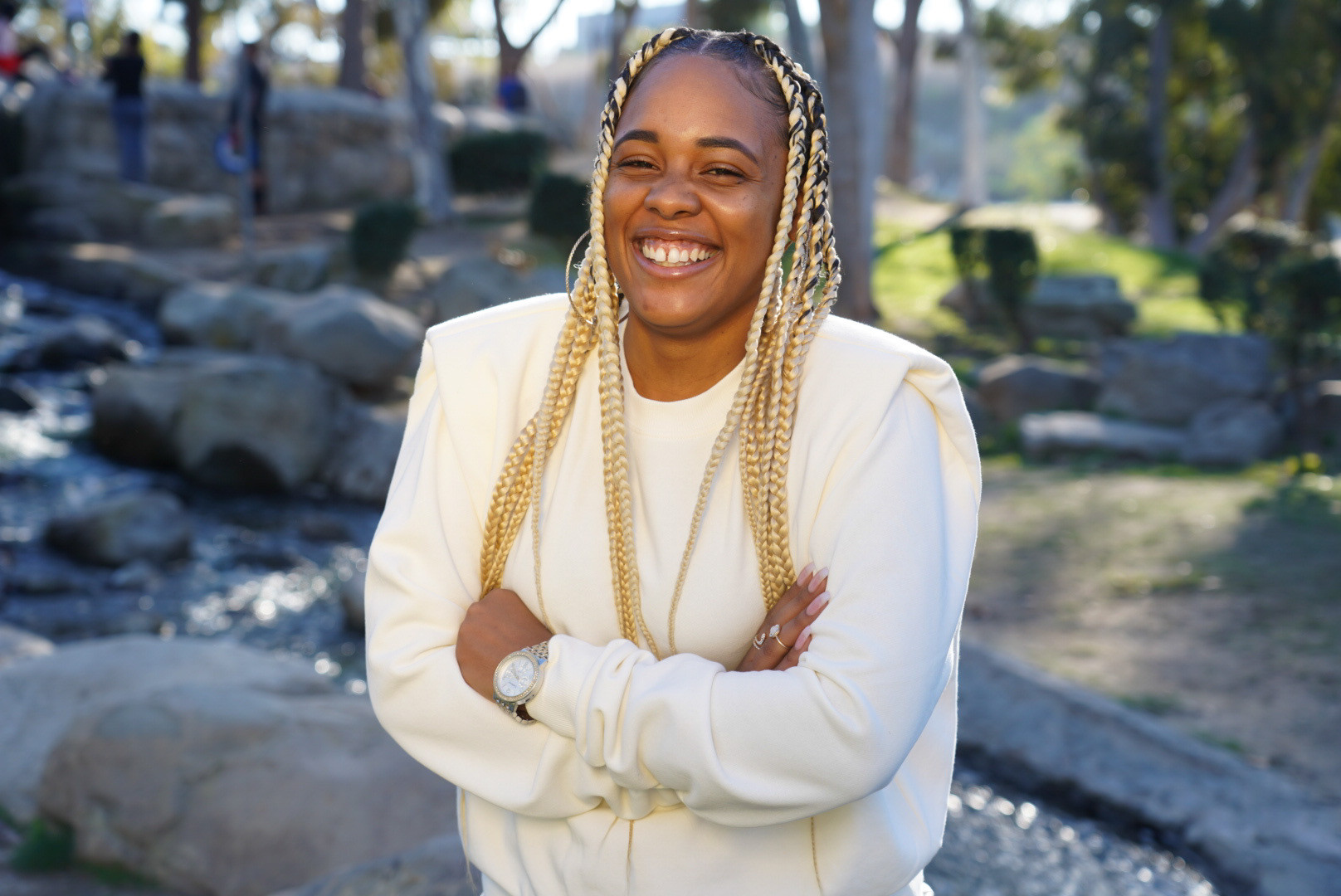 To me, success is defined by two things, the way you wake up thinking about yourself and what impact you have made on the people around you. I used to define success based on an individual’s assets, liabilities, status, accolades, and money. However, I do not negate that these things are not held to high value, but monetary attributions do not always equate to happiness. So it depends on what success to means to you and your journey and how you measure yourself accordingly in daily life. The majority of the reason I feel successful is based on the battles and triumphs I have overcome and picking myself up after feeling discouraged and defeated. Once I overcome my hurdles, I find out about hidden reserves of strength that I did not know lived inside me. This made me feel more resilient and stronger versus how much money was in my bank account. Read more>> 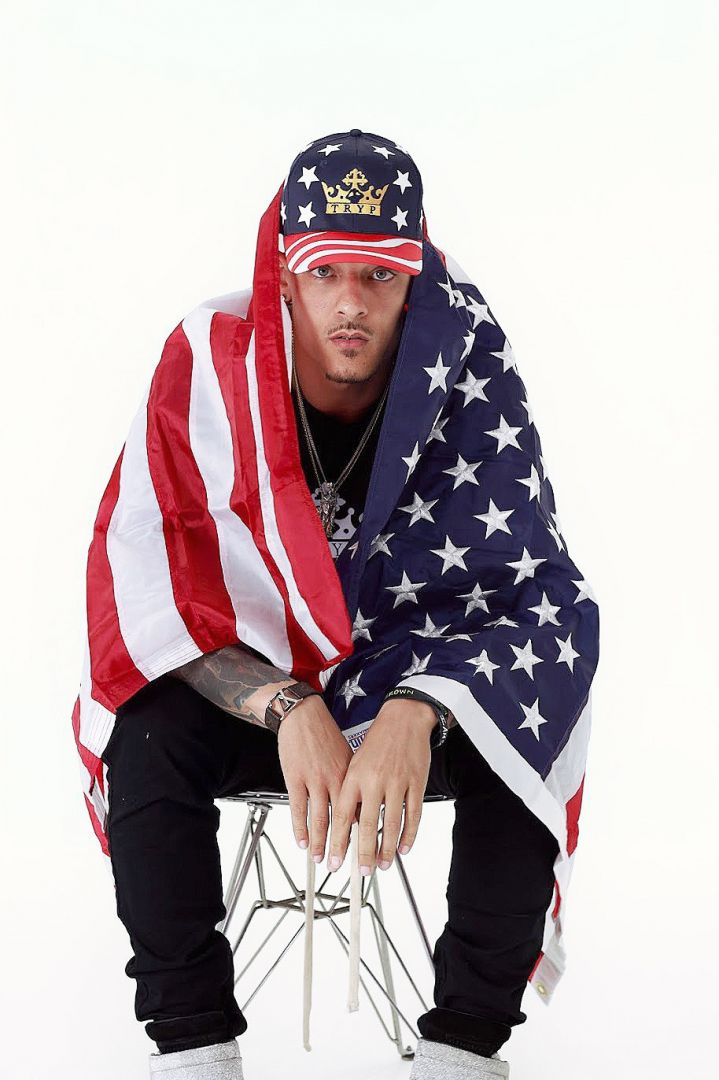 I inspire by what I do. Whether in dialogue, sharing “what I do when” or in what others perceive on all of our social media platforms. Success is being able to lay down at night KNOWING that you did everything you could to be the example God has designed you to be. Read more>> 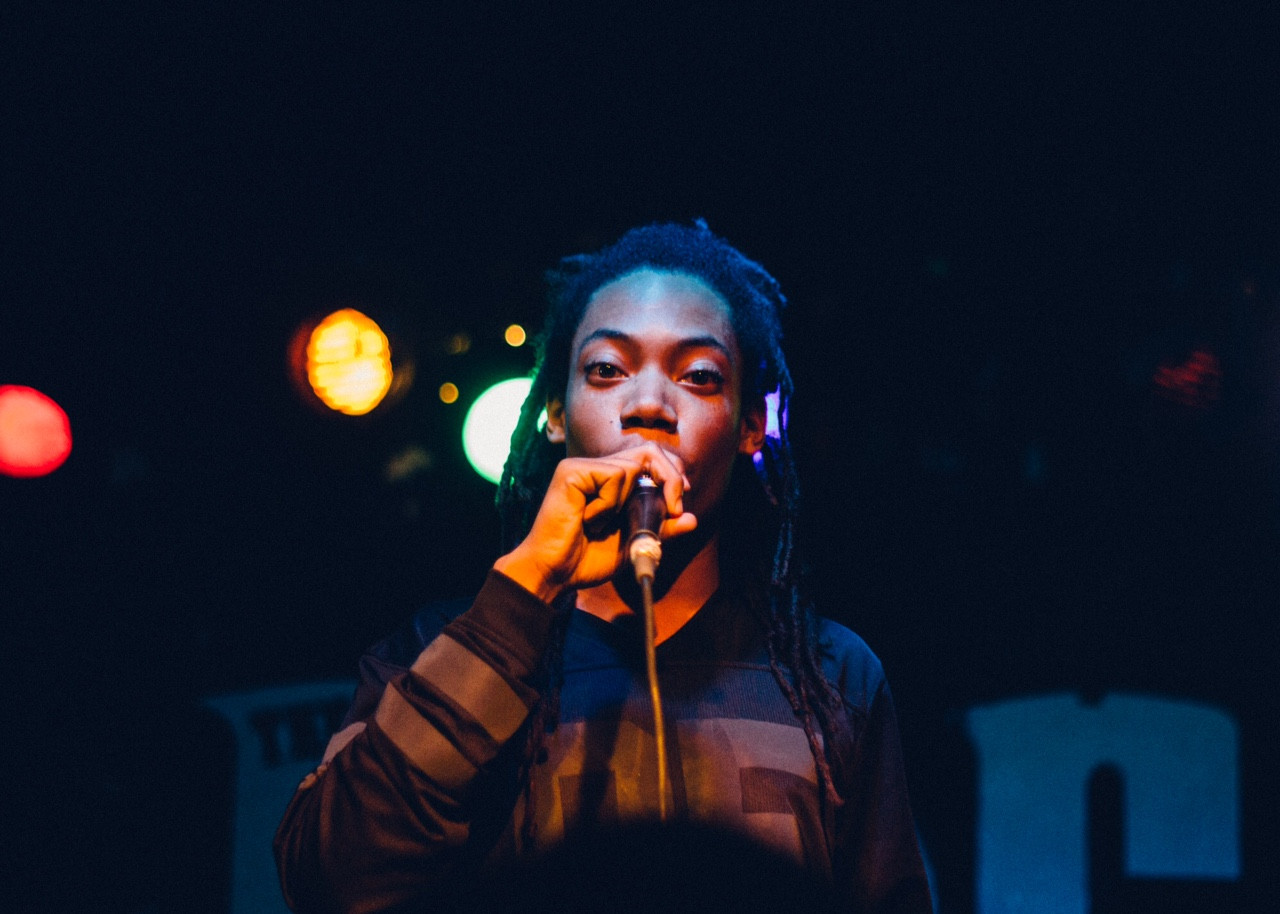 I used to define success as an idea in relation to what was around me; a comparison that never fit the standard set for us all but one i was trying to achieve regard of how futile my attempts were. It was only when i decided to change my perspective and find success from within, that it became easier to understand and attain. I think we all have that moment of clarity; the seconds that turn into minutes that form the basis for healthier thoughts and burden-less beings, so the re-defining of success as an inward concept to be found along life’s journey instead of something material is nothing new. I believe we all get there in some form or fashion, before we die. That’s why some of us have regrets… the finality of not meeting an unattainable thing, or the realization that you and yours were played into participating in a game rigged against the masses… that eventuality was one of the catalysts in the redefinition of “success”. Read more>> 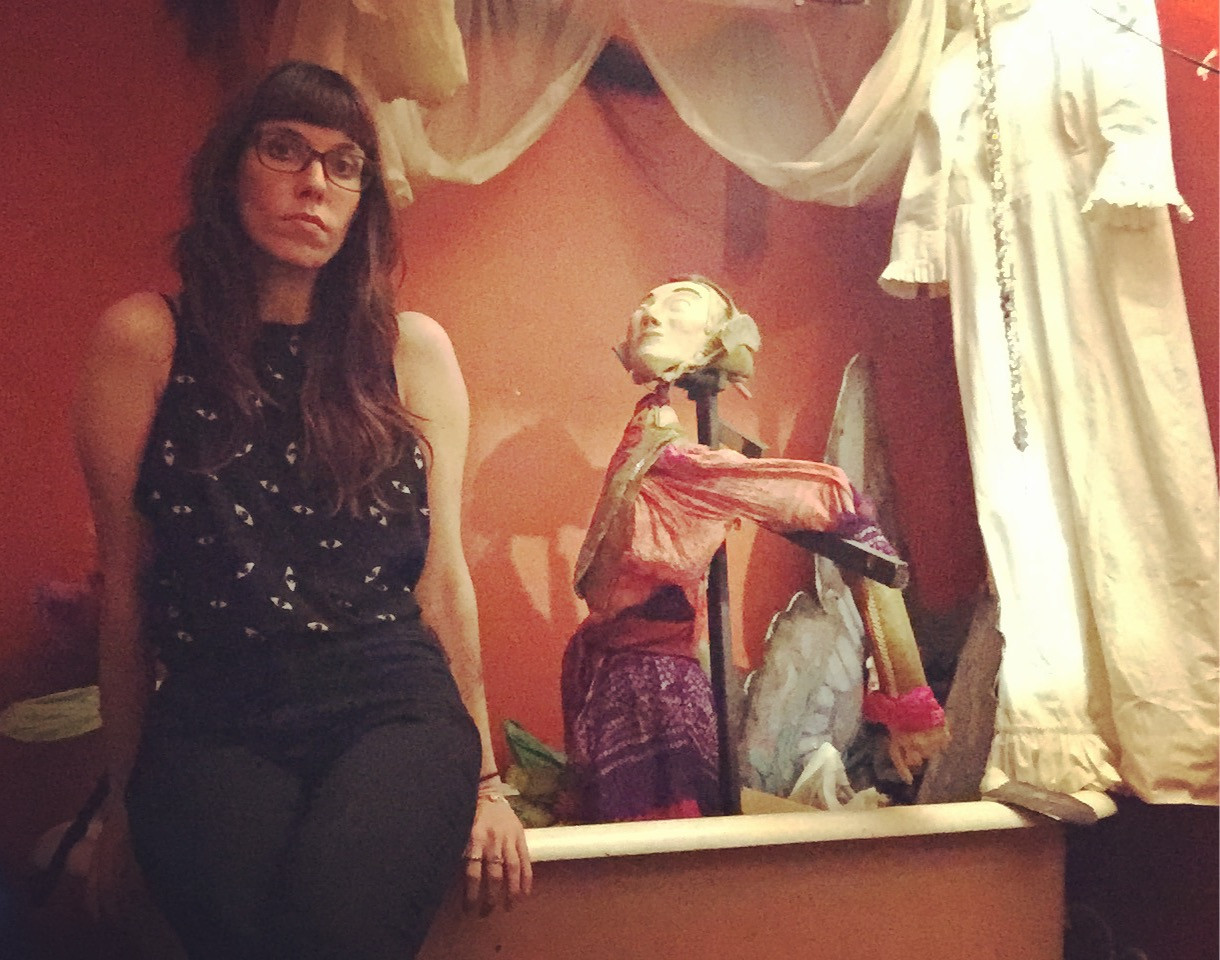 I would define success as any type of accomplishment that means something to you. It’s putting in the effort to do something that you want to do, and finishing it in a way that brings you satisfaction with yourself and the situation. Some people define success by their work, others family, household or belongings, etc. Personally I feel very lucky to be able to make a living doing something I love, surrounded by rad creative people, and in that I feel successful. But I also keep a daily task list that has small things I need to do and at the end of the day when I’ve checked everything off I feel great. So I think it’s just doing whatever makes you happy, and actually getting it done. Read more>> 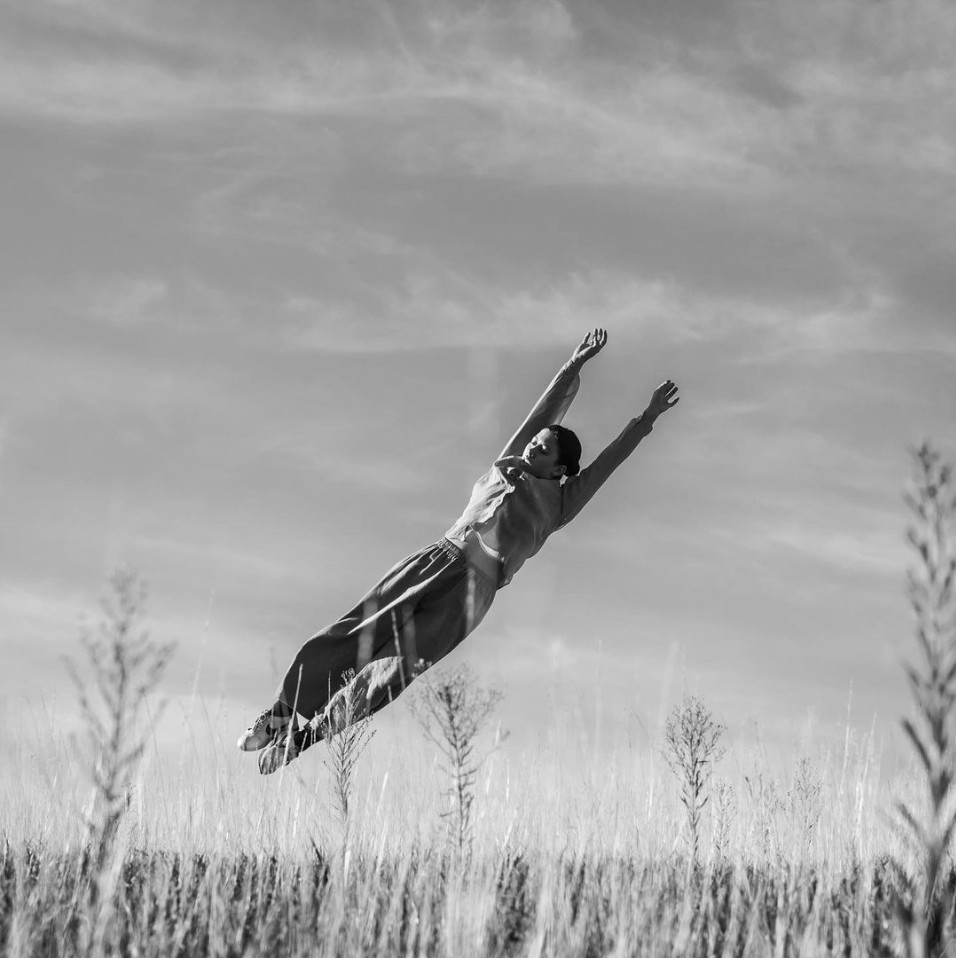 This idea will always be in metamorphosis and subjective, but in this current season of life I find the idea or definition of success to be tied with my professional journey up until this point. Within my echo chamber of womxn there is a mutual experience or understanding of being in the “shadow” of their other creative partner (who in this example has been a man). I feel the eternal responsibility to make womxn be seen in this regard, because I understand what it feels like and means to be someones cheerleader and greatest support system (which is a beautiful and honorable trait). However, this for me personally instilled trepidations to take risks, and seek out my own creative path and voice. This is not to say that both cannot happen at once, and maturity and age play massive roles in this equation. But in my personal history, I was much more comfortable being the spouse of someone successful, being the #1 fan of someone successful and “knowing my place.”. Read more>> 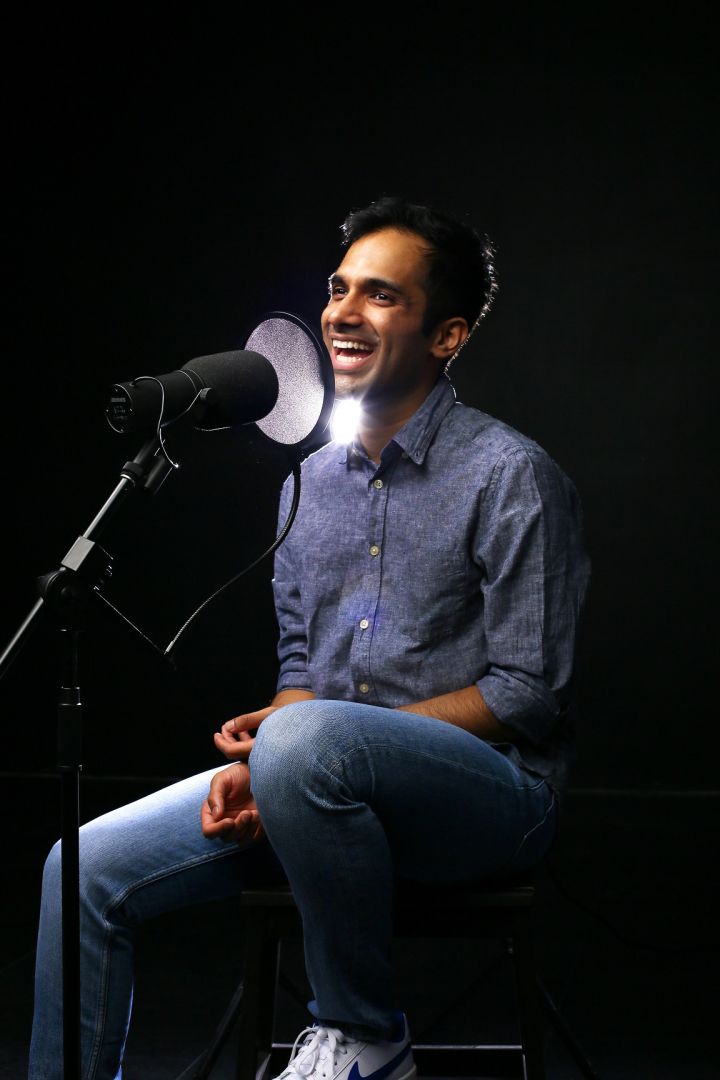 For me, success is to be able to leave a positive impact on a listener or a follower of my brand and music. One thing I’ve set out to do ever since I started being active on social media is to encourage everyone to be themselves and be able to walk lightly in this world. To have fun doing the things they love, learning as they go, never being embarrassed to be themselves. I once had a friend say that I encouraged them to chase their passion of becoming a chef and that made me so happy, it’s something I’ll never forget. It’s moments like those you genuinely can’t replace. Obviously, while making music, I do want to make a living out of it and for me to able to do that is to at the very least, be able to support myself financially while making the music I love for everyone who supports me. Read more>> 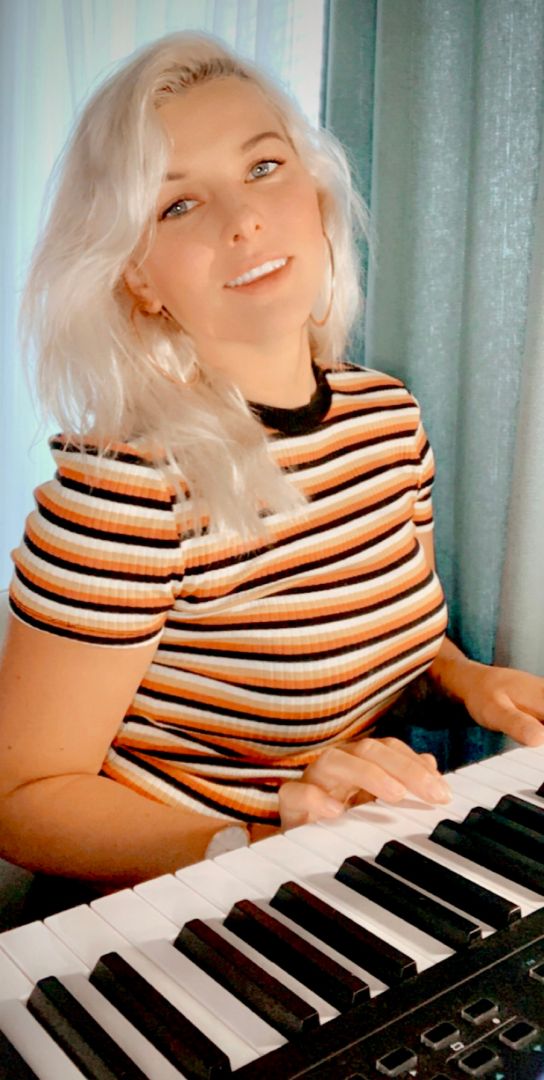 To me, success is personal. As I set goals and reach them I feel successful. I keep upping the ante and I set higher goals for myself to reach. Sometimes I fall short, sometimes my plans don’t go how I want them to. I wanted to release music to Spotify last year and perform live but I didn’t. I didn’t succeed, no matter the reason why, I failed to reach my goal. So now what? Now, I recuperate, find my direction, keep moving forward and try again. Read more>>