We asked folks we admire to tell us about what they want their legacy to be. Check out their responses below. 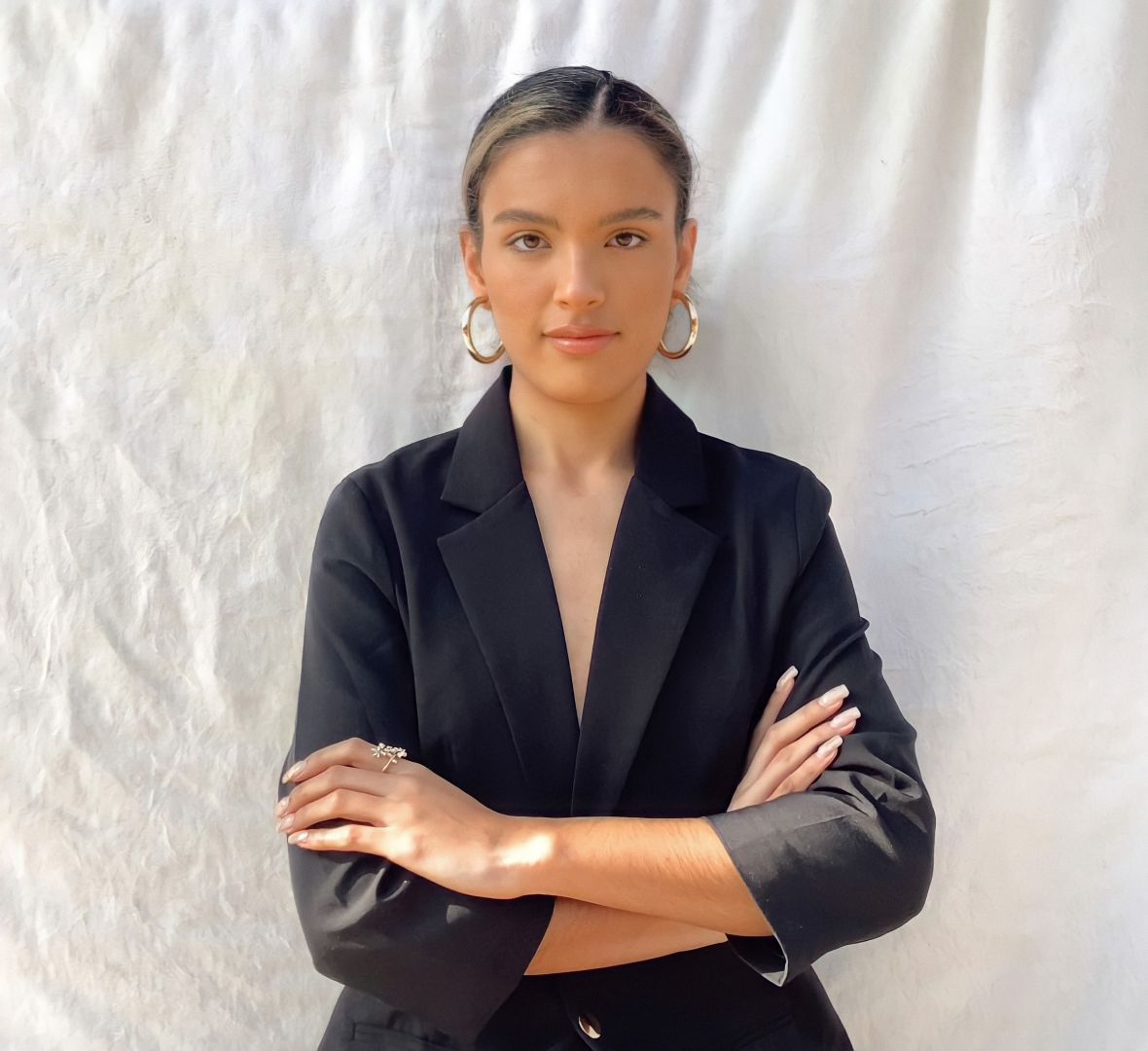 I want my legacy to be that I helped lots of people and that I made a difference in the lives of others. That every single day I woke up and all day I helped other people and helped improve their lives as well as impacted them in multiple ways whether it be that I changed their temporarily or even permanently. I want people to remember me as the one who went out of her way to help others without asking for anything return and made huge impacts to help make the world a better place for generations to come. Read more>> 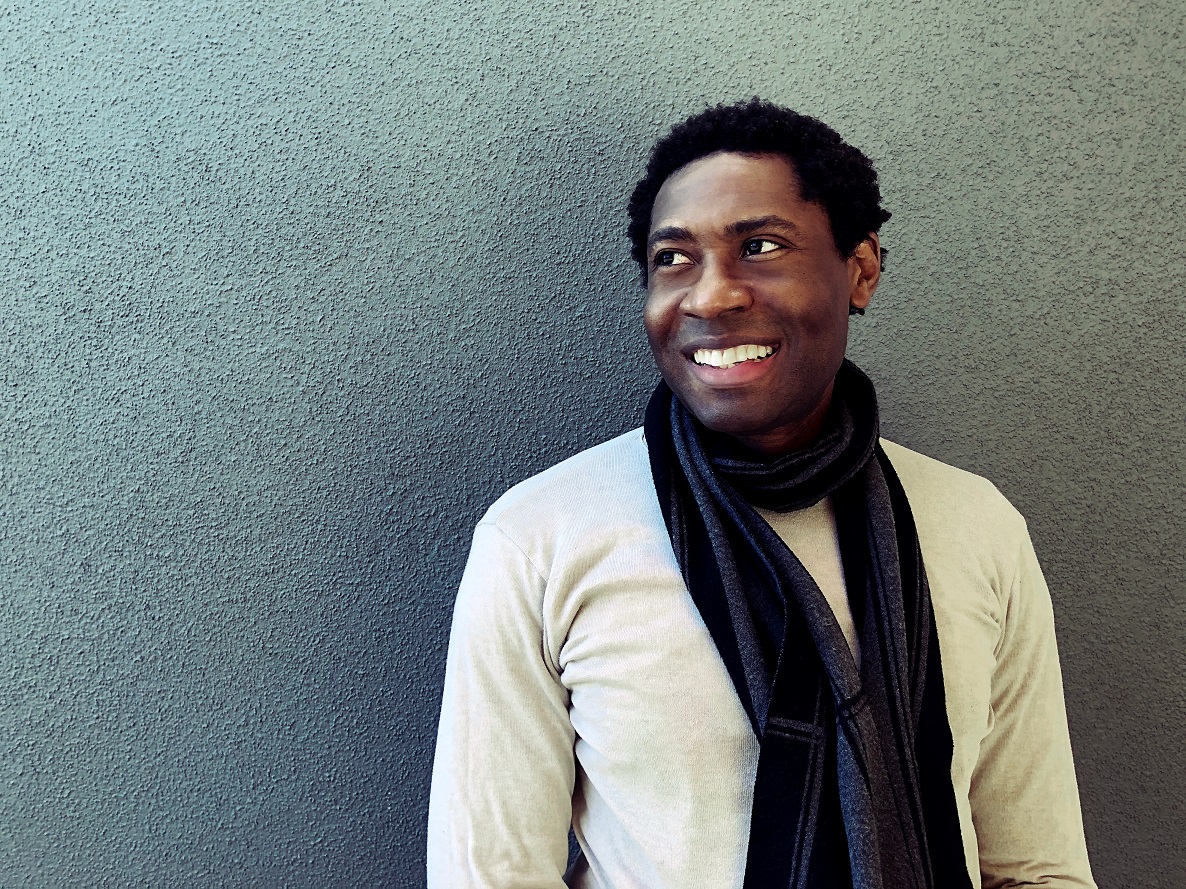 My legacy and that of my company Four Screens will be one of inclusion in Hollywood. I want to leave a mark through social change within the entertainment industry, to facilitate opportunities for people of color behind the camera, not just in front. I founded Four Screens more than a decade ago to make diverse content, to highlight and celebrate the Black experience. Now, the mission has been expanded. I realized over the years that for a lasting change to take root in entertainment, I needed to pivot Four Screens from simply producing projects, to providing full-service management. The social uprisings of the BLM movement magnified this realization and made people finally start seeing the inequalities in Hollywood. I want to be remembered for giving under-represented talent a chance to realize their full potential and for opening doors that have been shut or inaccessible in the past. Read more>> 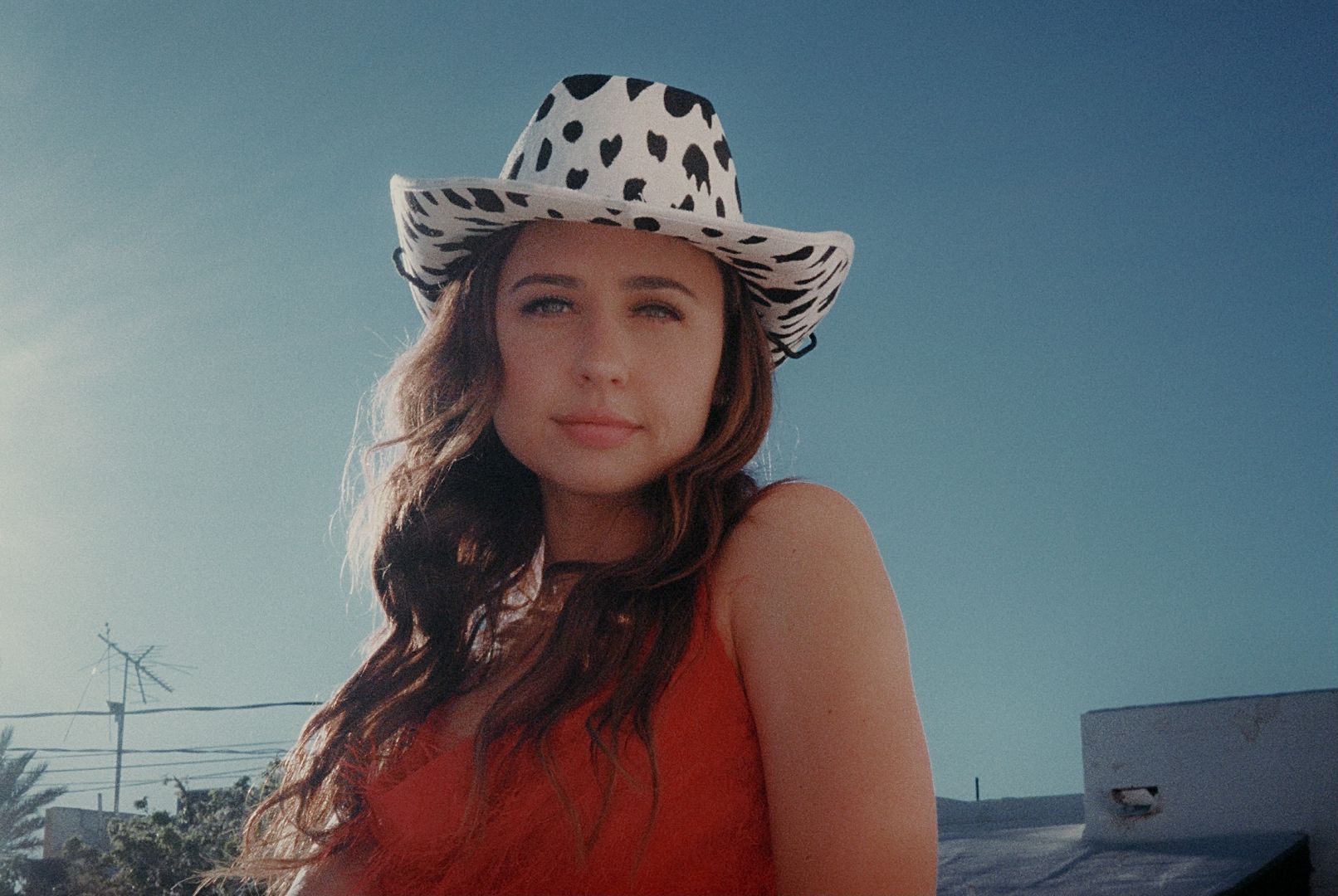 I find the idea of “legacy” to be a little topical in some cases. When we think about the greatest of greats— in music in particular— we think of a voice, a face, or a song that played a few too many times on the radio. Beyond these attributes stand people who experienced life, like all of us, as a human. They needed love, affection and community like we all do. They were not inherently “better” people than anyone else, they just took opportunities and made choices that put them in the position to influence great groups of people. To me, I think my greatest purpose in my lifetime is to be kind. I want to be remembered for bringing sunshine into a room regardless of the weight I might be carrying. I want to be an open door for those who need more— more love, more listening, more care. I want to be remembered— not necessarily by the world, but by the people who know me— as someone who treats every person with respect and refrains from judgement. Read more>> 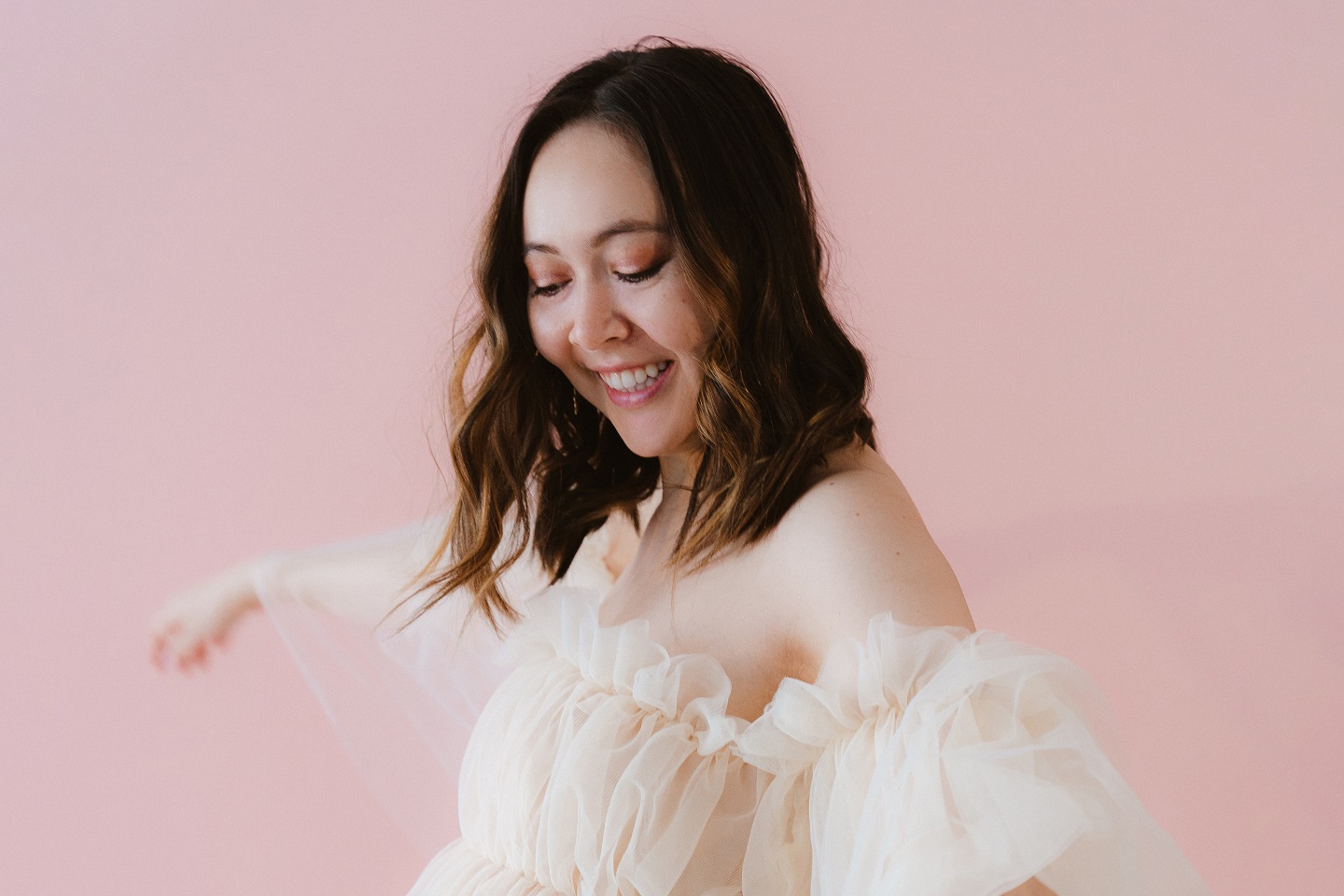 I would like my legacy to be one of comfort, softness, ability to tell stories, allowing photography to be accessible to all kinds of humans, and capturing pure and genuine moments. I want people to remember if I ever made them laugh, feel special, have hope, enjoy life for at least the time they’re with me. I want to be remembered by how I made people feel, not by what I have or have not accomplished. If I can help tell the stories from those whose stories need to be heard, I’ll be happy. Read more>>

Kakophonix | Cellist and Composer of Hvile I Kaos 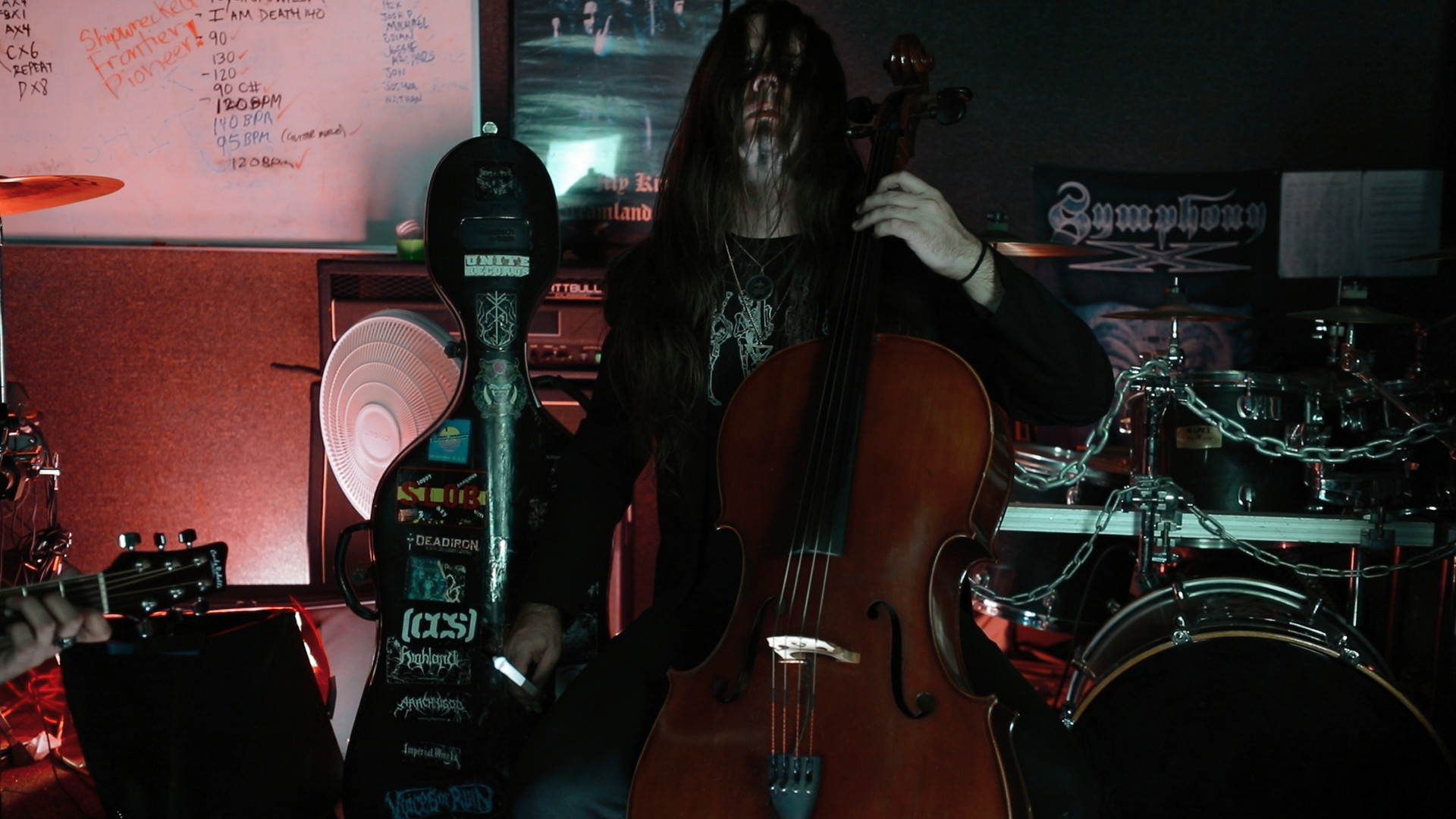 I would like to be remembered as someone who lived as unapologetically, individualistically, and freely as conceivably possible, and Hvile I Kaos is intended as an extension of this. Stylistically, the musick fits neither the traditional definitions of Black Metal nor of modern chamber music, and my personal approach to the cello is certainly out line with its conventional use. This is just the beginning of the antinomian separation I hope to accomplish. The present state of the world is increasingly defined by fear, rigidity, and obedience, with more and more people retreating into the promised safety of the bleating herd, assuming a defensive position against an intruding Chaos that creeps ever nearer. And yes this Chaos is not an intruder at all, but rather the Source itself. Hvile I Kaos, and truly all genuine Dark Art, charges towards the Source rather than away from it, guiding those with eyes to see and ears to hear to the forbidden aspects of Self necessary for complete and total Liberation. Read more>> 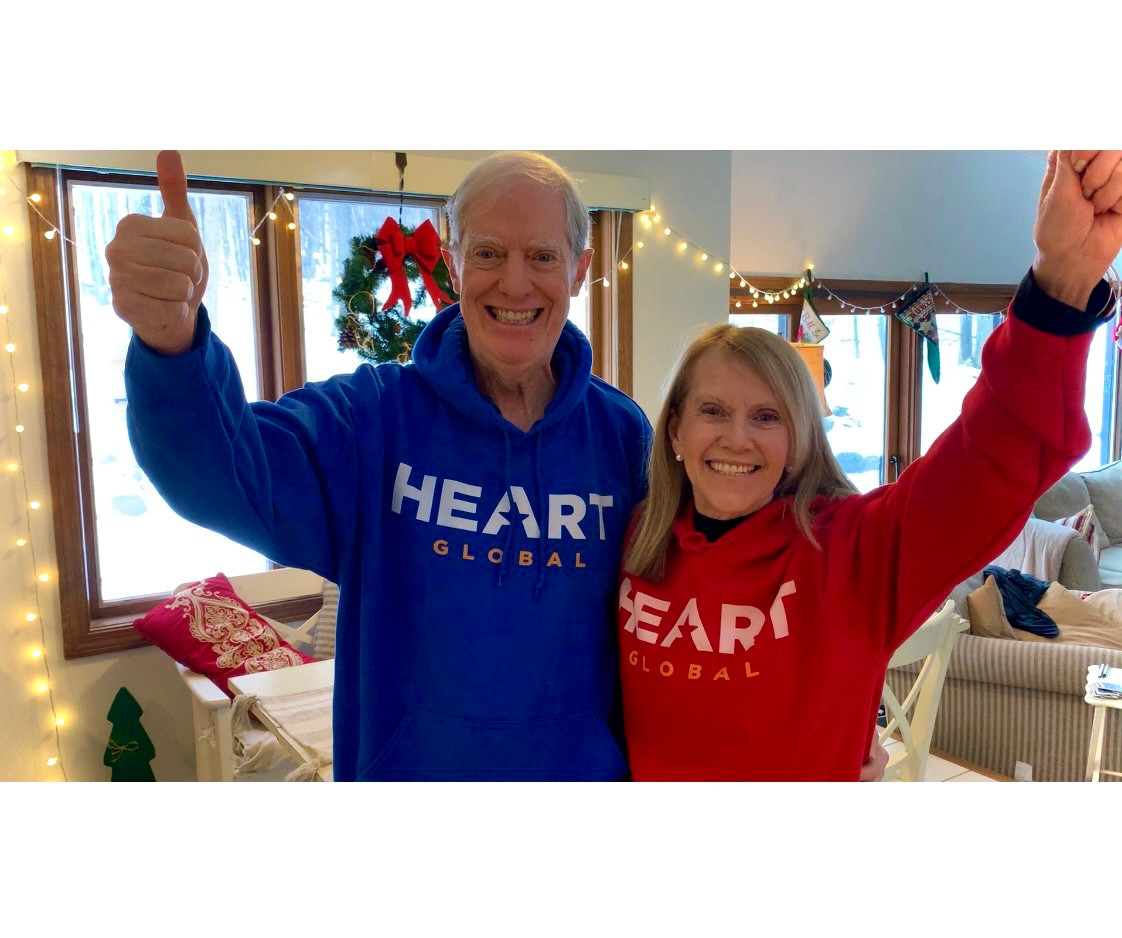 Our dream is to have created a better world by inspiring young people to find their direction in life through the power of music. Music brings people together, which helps them connect to their true self and purpose, and then inspires them to share their gifts with the world. We would like to be remembered for our passion for humans to trust in themselves and to live their truth. To have encouraged the world to a greater understanding and deeper connection and love for one another would be our greatest legacy. Read more>> 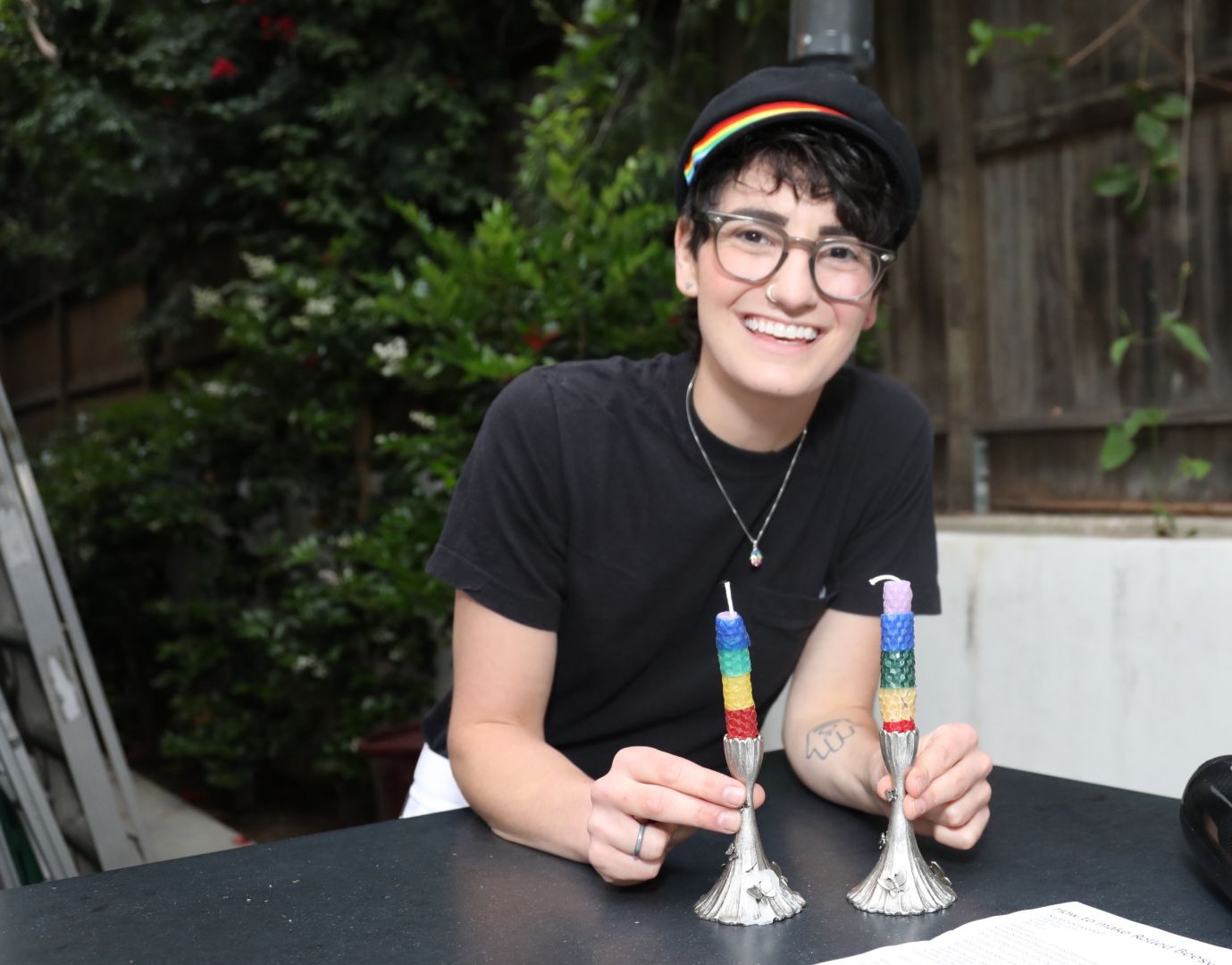 I want to be remembered for connecting people and making our LGBTQ+ community a more inclusive, welcoming, and joyful place for folks to meet, work, and love together. I’ve been active in the Los Angeles queer community for the last (almost) 10 years, constantly introducing myself, making new friends, and putting on events and gatherings. I’ve garnered a rather large Rolodex of individuals, organizations, and businesses over the years that I always keep in the back of my head for when an opportunity arises to work or collaborate with them, and/or introduce them to someone else who needs them. As an oppressed group of people, it’s so important for our LGBTQ+ community to support one another, and I’ve made it my mission in life to ensure I’m doing just that. Read more>> 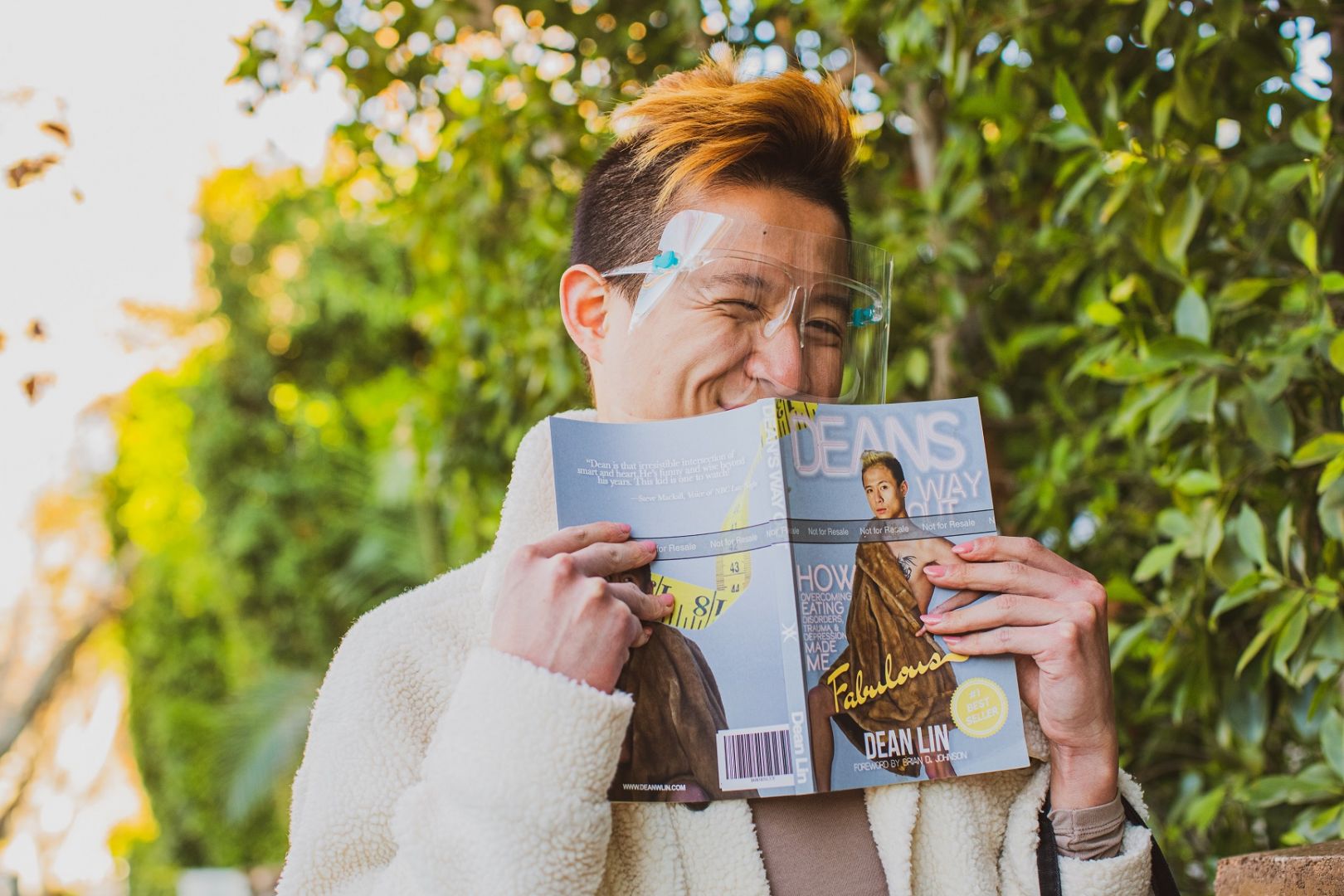 I want to be remembered as the gay boy from queens that made it. Made it to Hollywood and changed the conversations in the media—unfiltered. Making it to me doesn’t even mean fame in the end. I want my legacy to inspire those who are in the closet, BIPOC, and grew up low income. I want them to see that they can also do it no matter how many times the world tries to tell them who they are. I also want to be remembered as someone who lived through trauma and pain but came out better the other side. If my legacy can transcend and help people then I have made my mark. I want people to hear my name and feel less alone, know that there IS a light at whatever they are currently struggling in. I think lot of time people don’t realize that everyone can have a legacy. By that, I mean just being kind and showing love. Because at the end of the day aren’t we the outcome of the love we received, gave, and showed to the world?. Read more>> 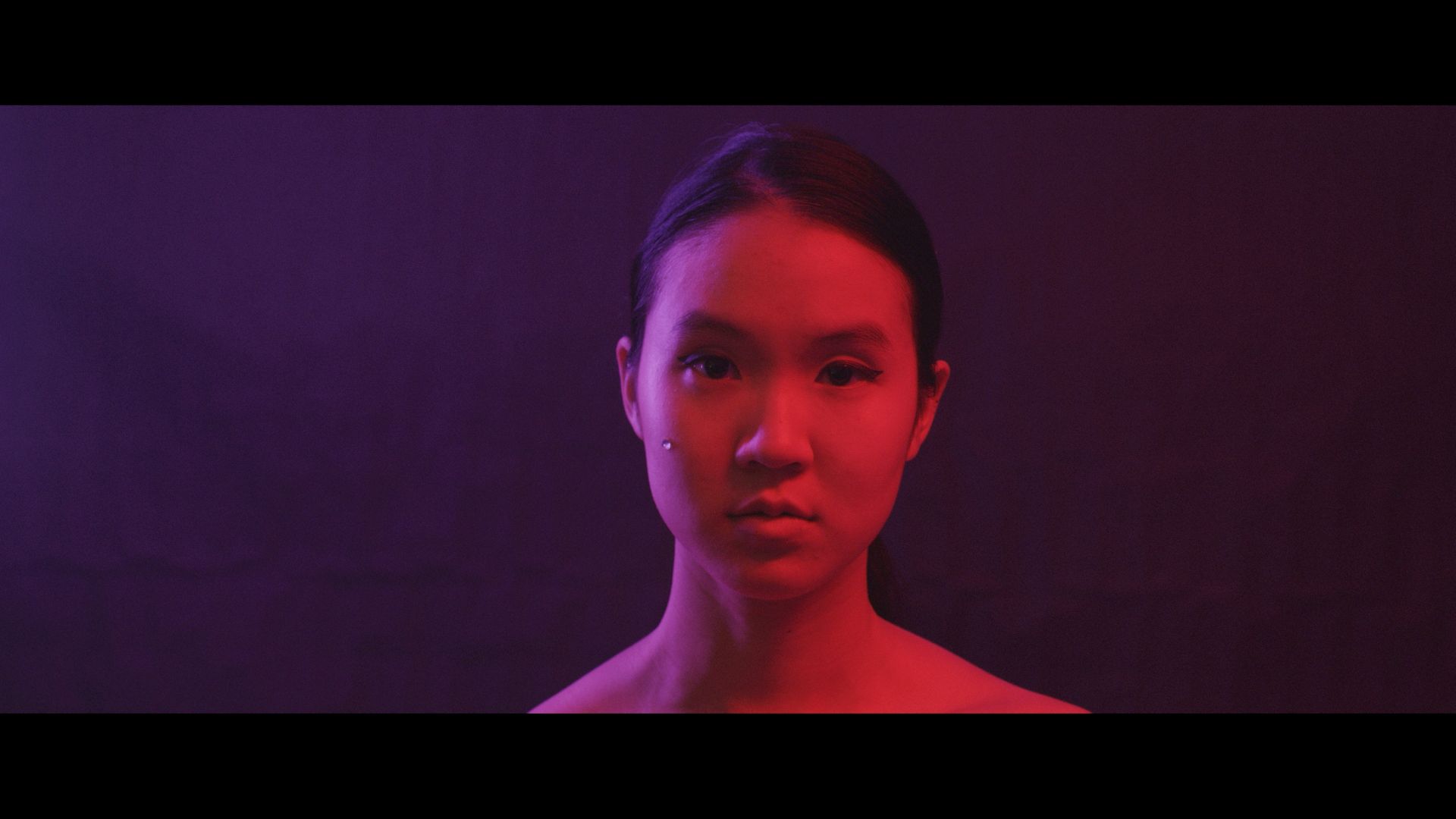 My film THƠ (“tuh”) features the only asexual girl of Color in media so far, celebrating the existence of asexual and queer BIPOC with unapologetic authenticity, to prove we deserve to tell our own powerful stories. I hope THƠ inspires more films about asexual BIPOC, so that our communities aren’t seen as monolithic, but rather a mosaic of many different, intersectional experiences. I also hope the film encourages queer Asian-Americans to boldly share and celebrate their own experiences–whether in intimate conversations or more public artistic expression. THƠ challenges the misconception of asexuality being something to be fixed, and reclaims it as a valid queer identity, despite being misunderstood even within the LGBTQIA+ community as just a phase. I’ve already had several incredible conversations about how Asian-American aces have felt seen in my film and how folks across the LGBTQIA+ spectrum who watched the film felt more open to discussing asexuality and preferences about intimacy, with their partners and loved ones. Read more>> 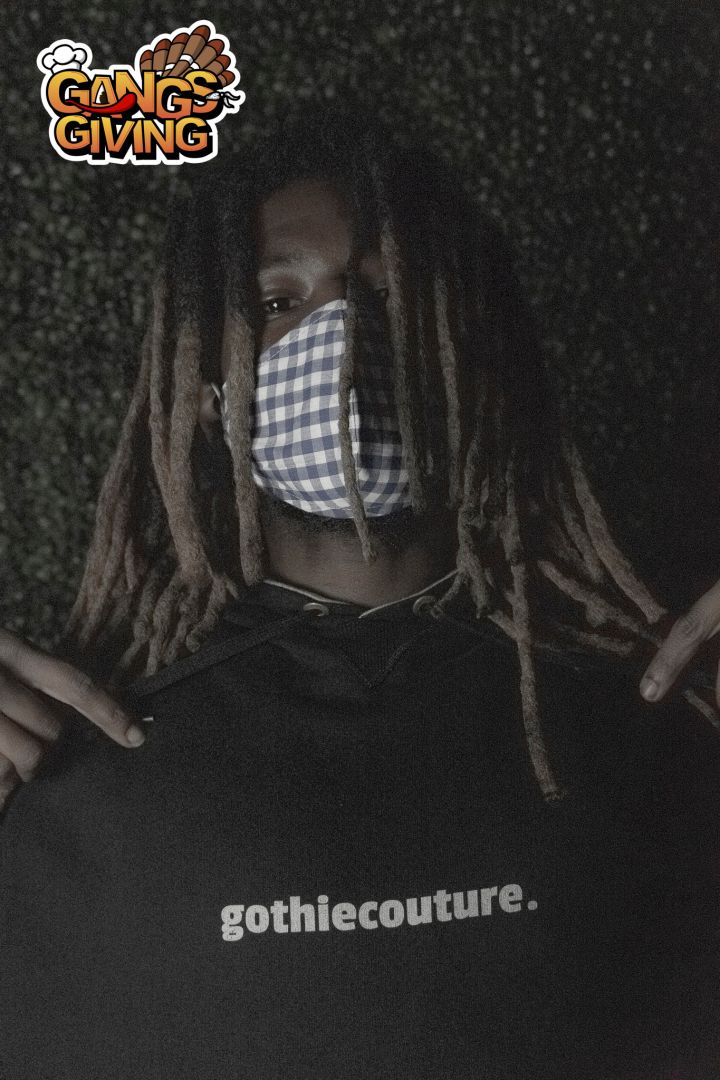 I want to be remembered for the impact I hopefully will make in my industry as an artist due to my story & upbringing. I want to be known as a strong-willed creative who was able to redefine what it means to be an artist in every sense of the word. Before I wanted to be known for who I’ve worked with but to be honest I think some of the work me & my team have already done for the city of Los Angeles & a few of the communities that make it up speaks in volumes. I want to always be remembered as someone who cared about other people besides himself & who also made opportunities for other people to be able to live doing what they love while also being able to pay their bills at the same time. I also want to be remembered for my creative outlook on life & obstacles, firmly believing that there is ALWAYS a right way to do something fun that also doesn’t leave out, look down on, or seek to include the people who have historically always not been included. Read more>>