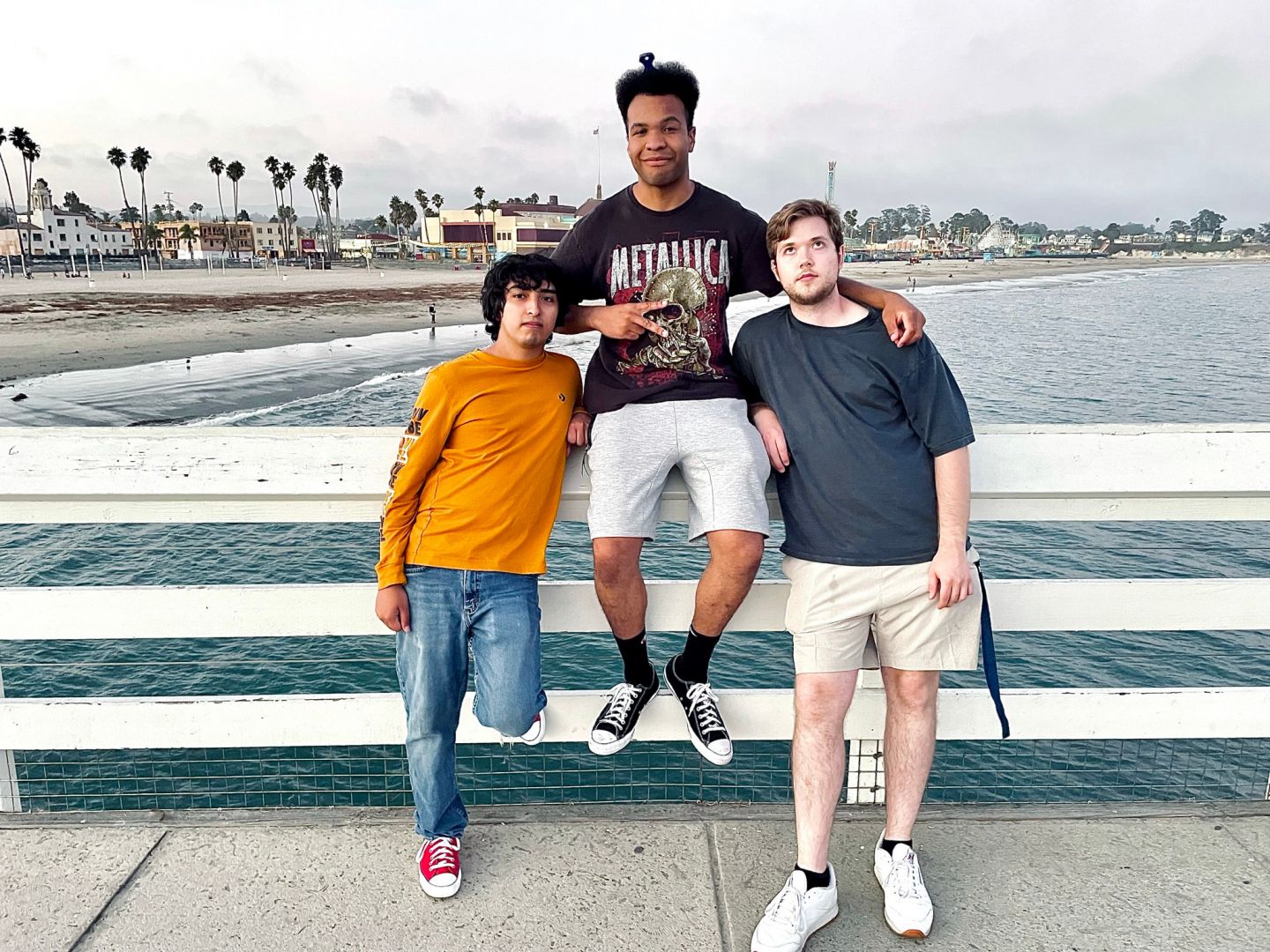 I pursued an artistic/creative career because I really enjoy playing music. I can express myself using music and instruments as a tool. I wanted to take it a step further and work on something I enjoy doing. Read more>> 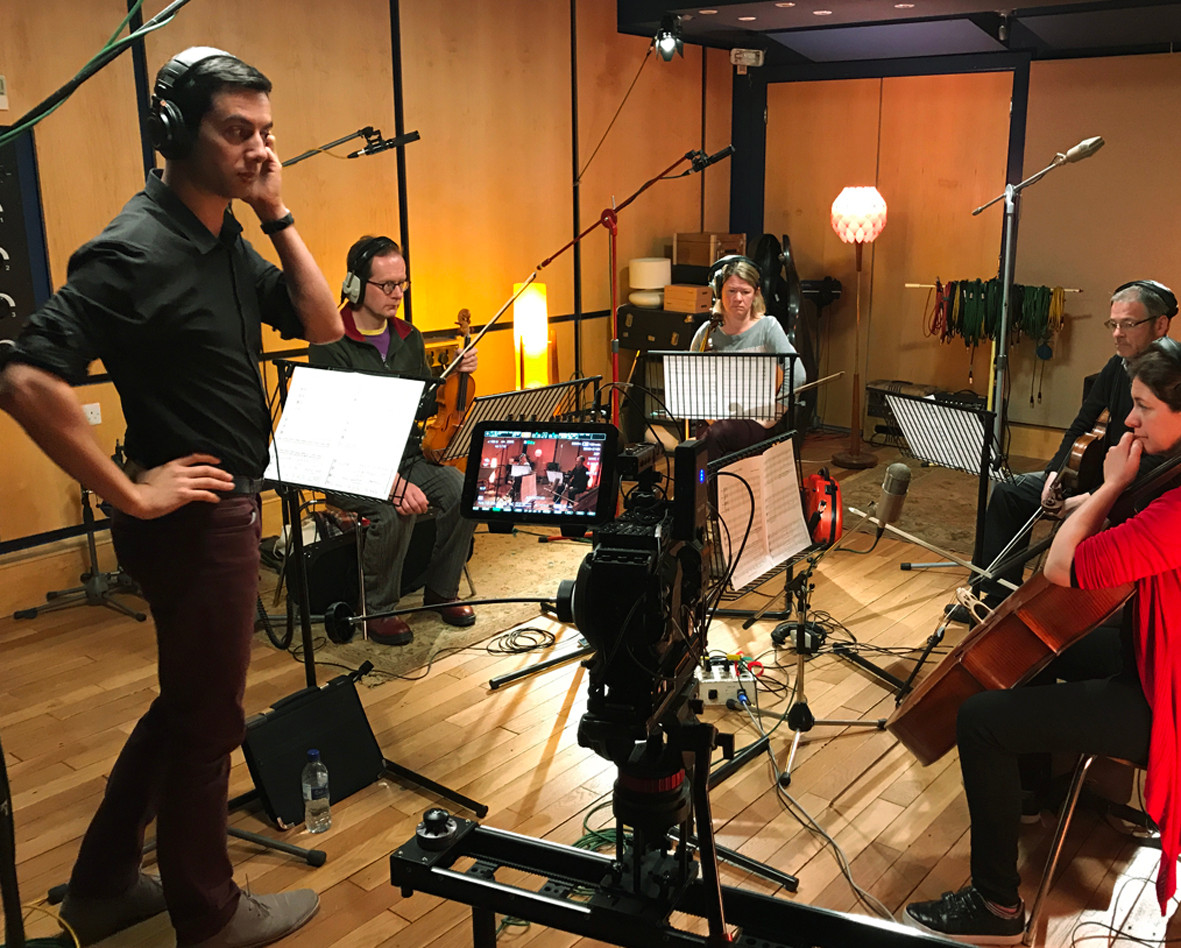 Growing up in South of France, you could say I was the artist of the family. My first instruments were pencils. Like many kids, I loved drawing, painting, getting lost in the creative moment. I also enjoyed music but that was never something I thought I could ever do. Read more>> 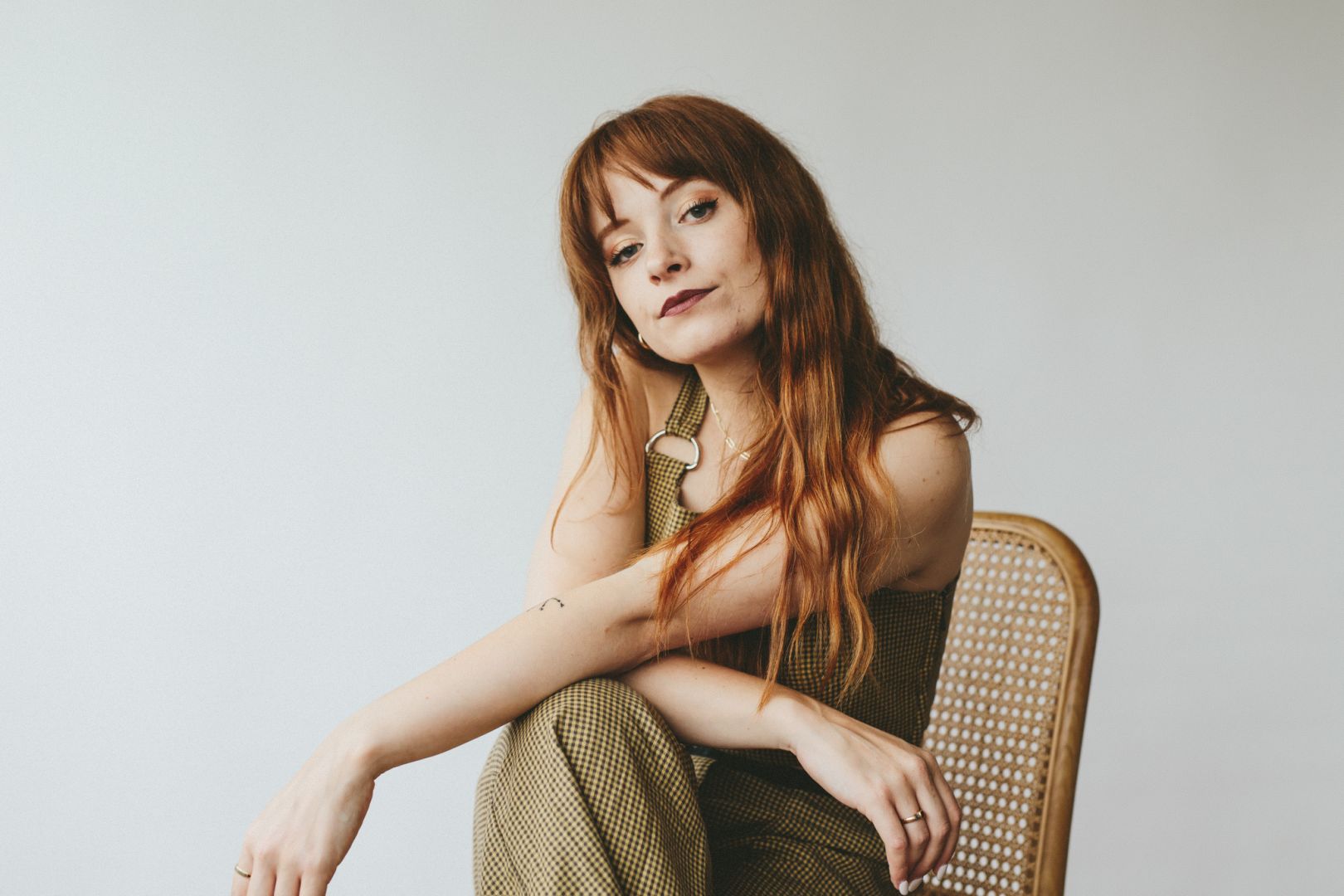 One of the greatest things I can do and one of the most enjoyable aspects of being in an artistic career is to be able to curate and give people the feelings of awe and wonderment in an experience. It’s that feeling of when you step into a new environment and are stunned by its beauty or excited by its potential, the feeling of the lights dimming before a concert or a move. Read more>> 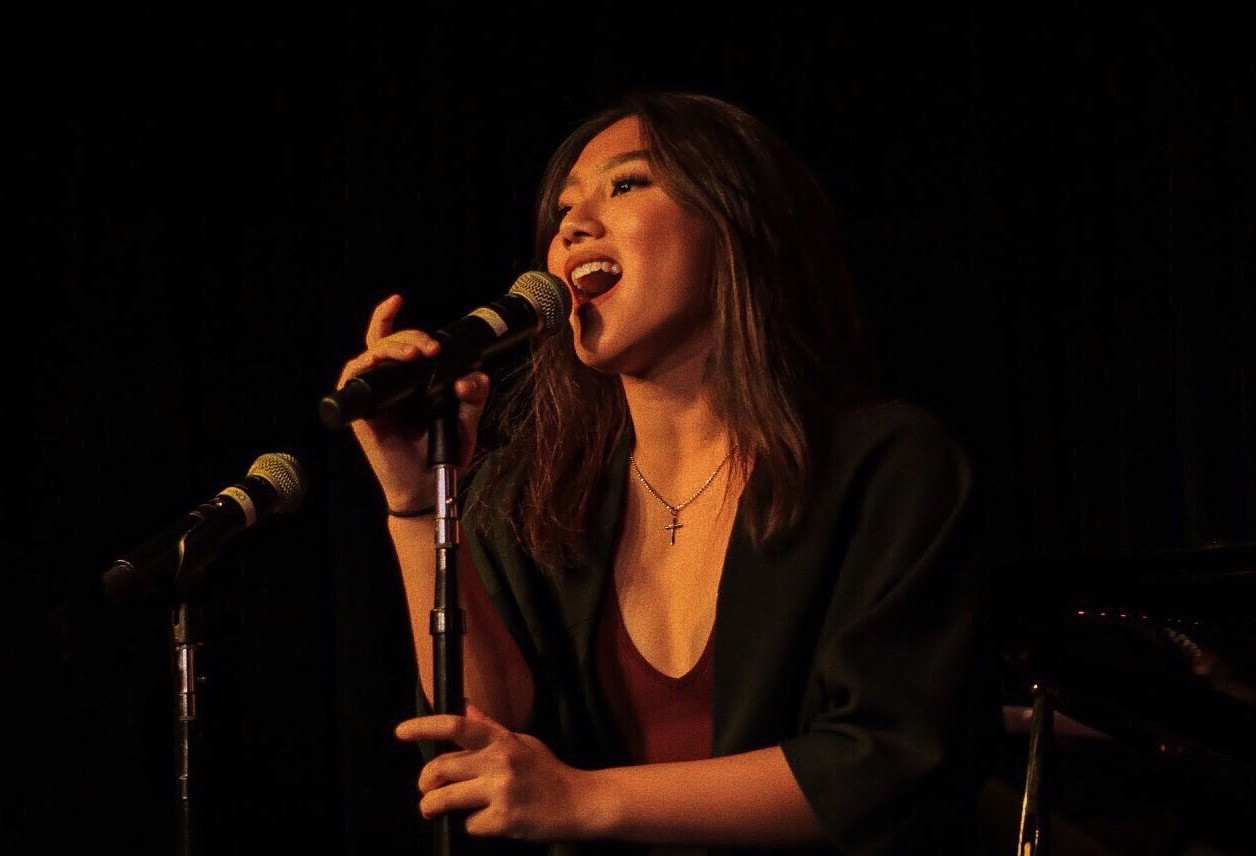 Music started of as a hobby for me, but I soon realized that this is what I wanted to do with my life. Everyday that I work on music, that I listen to music, that I experience music, I get a deeper appreciation for the art. Read more>> 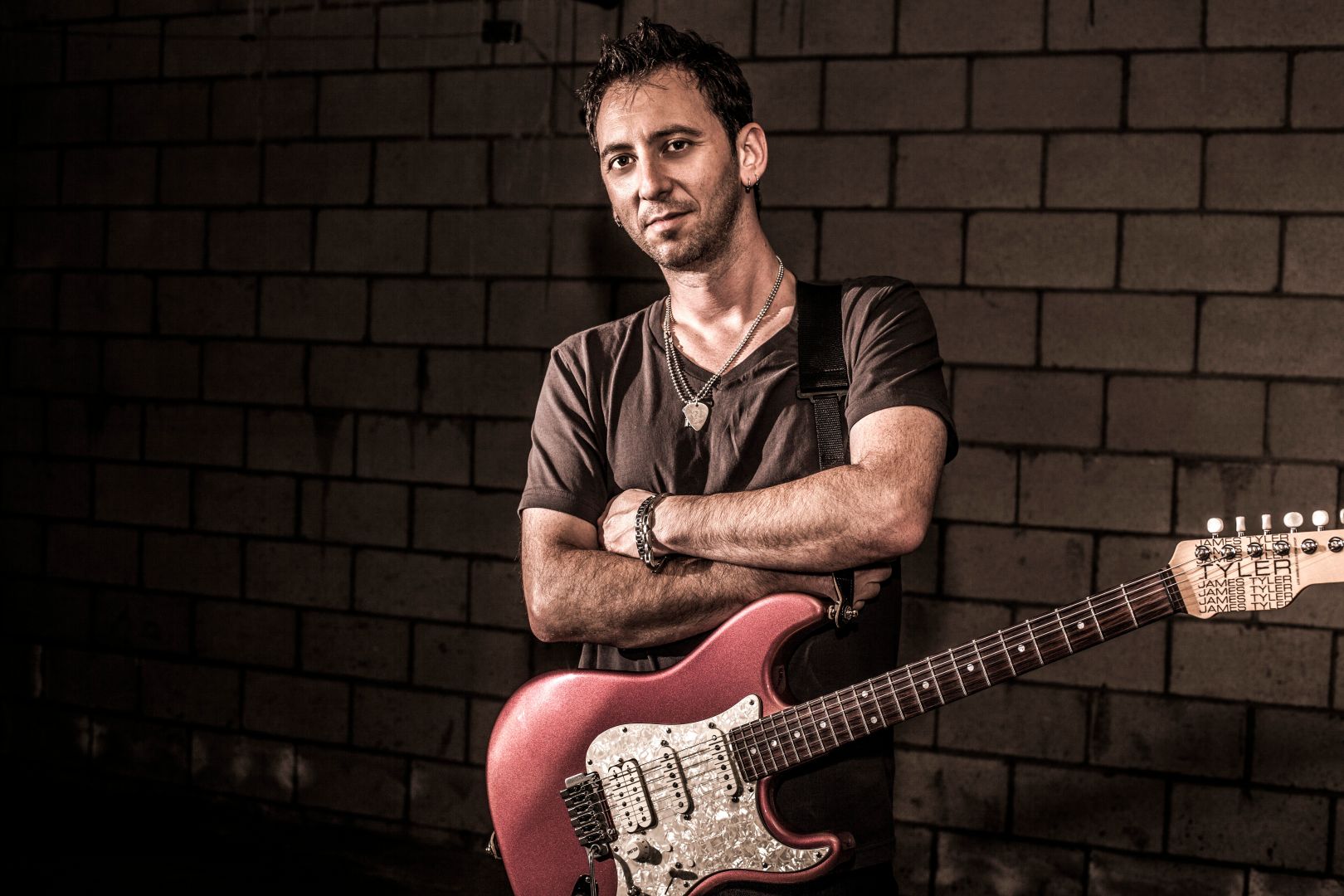 I often think that the artistic life, the life of a musician, chose me. It’s a calling, not unlike the clergy. If it’s right for you, there’s no question about it, there’s no inner debate or decision to be made. It’s what/who you are at your core. Keep in mind, this life is not what it used to be, it’s drastically changed. Read more>> 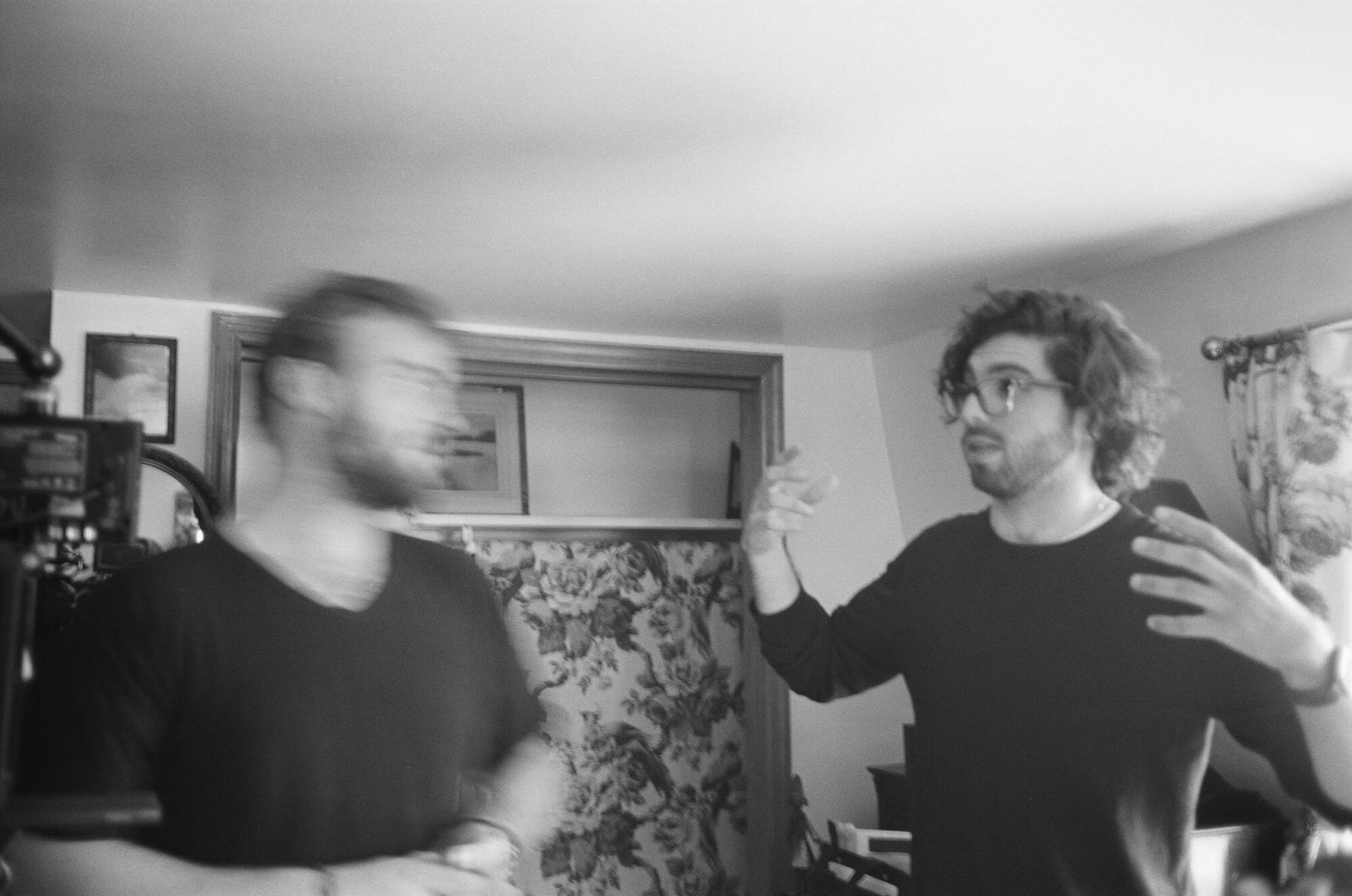 Trying to figure out what career path to take can be an existential challenge for many. Luckily, I’ve always known myself as a creative and artistic person, so I was certain I’d go towards that space. Read more>> 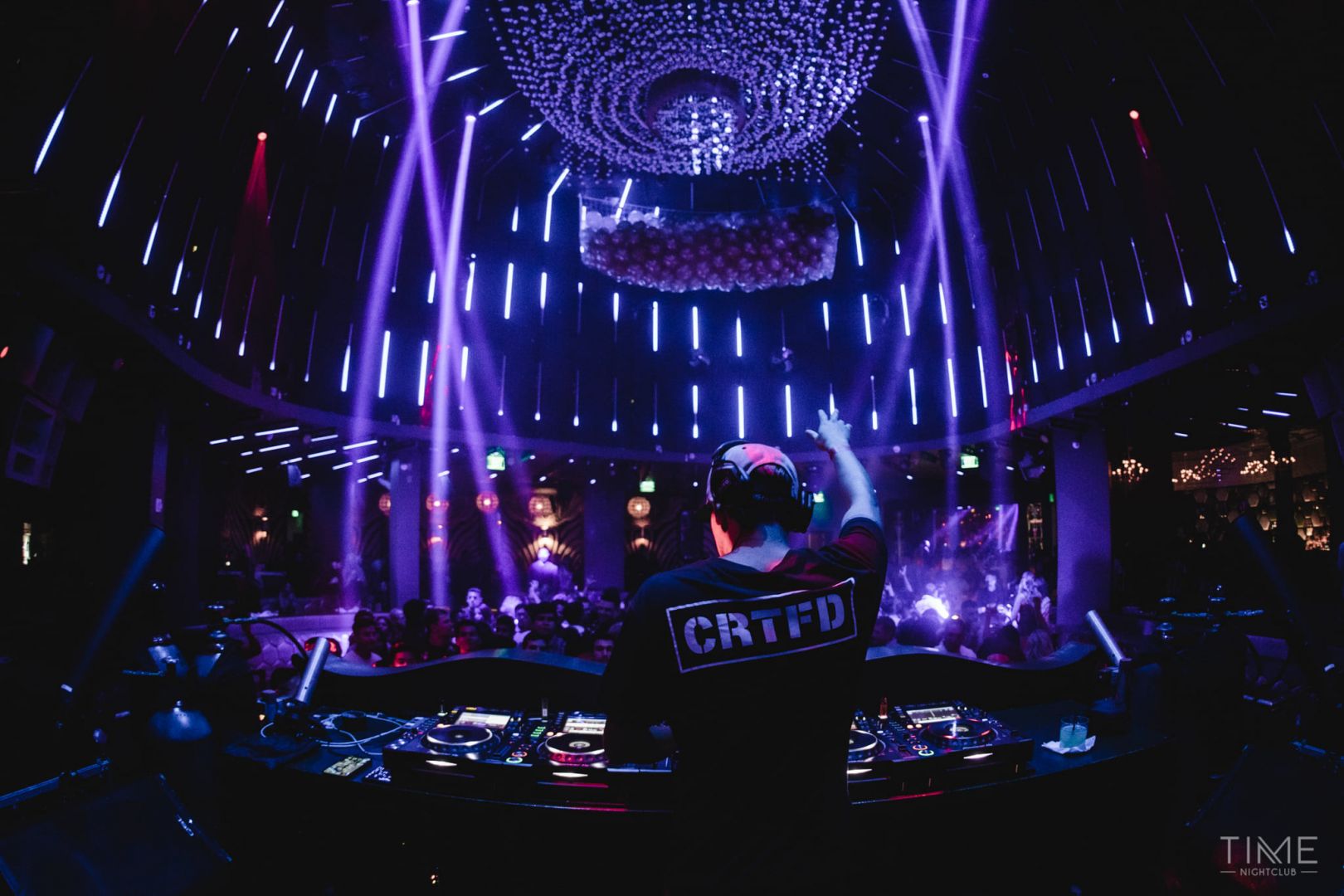 Pursuing music as a career was never something I knew would happen or something I even intended on doing but it was more so a combination of factors that has led me here. Read more>> 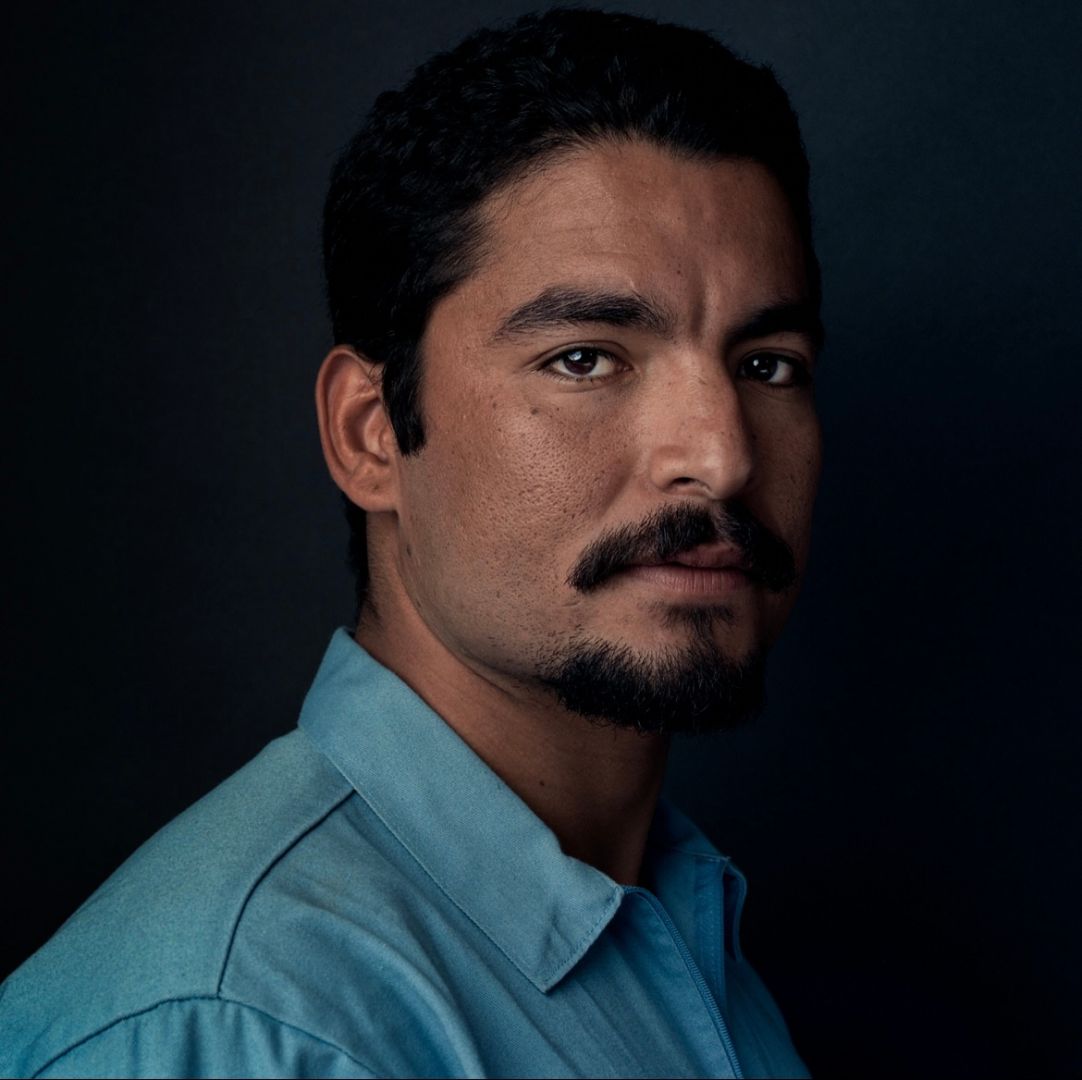 i chose an artitic life because as a youngster it was the only thing that made sense to me. the space to share my heart and thoughts and ideas were heard and it felt empowering. Read more>> 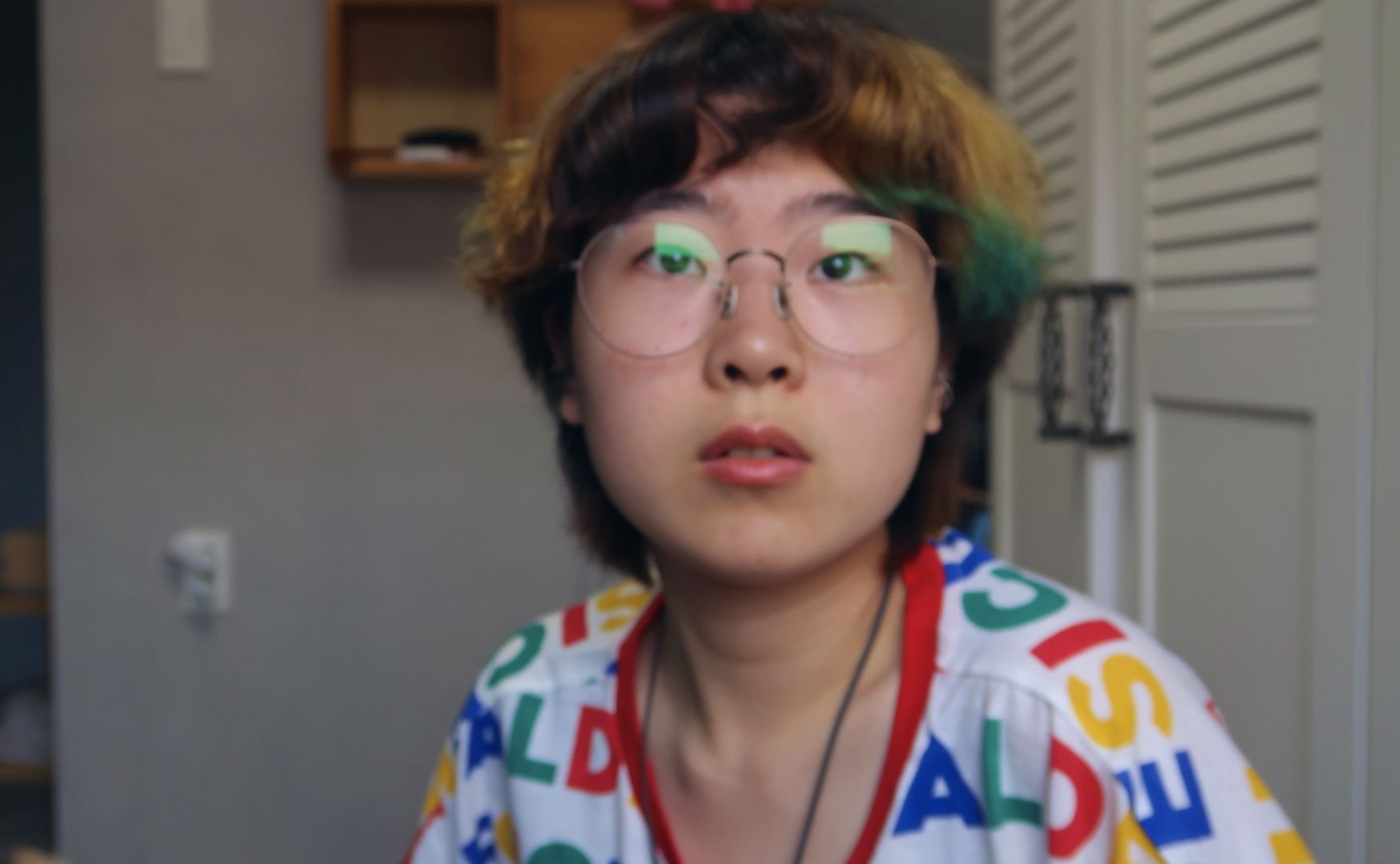 The main reason I want to grow up as a creative animator is that I want to make a difference in the world (as many artists do). If I continue to make artworks containing my philosophy, it will be possible to meet and communicate with various people who love my works and inspire them like I’m gradually doing right now. Read more>> 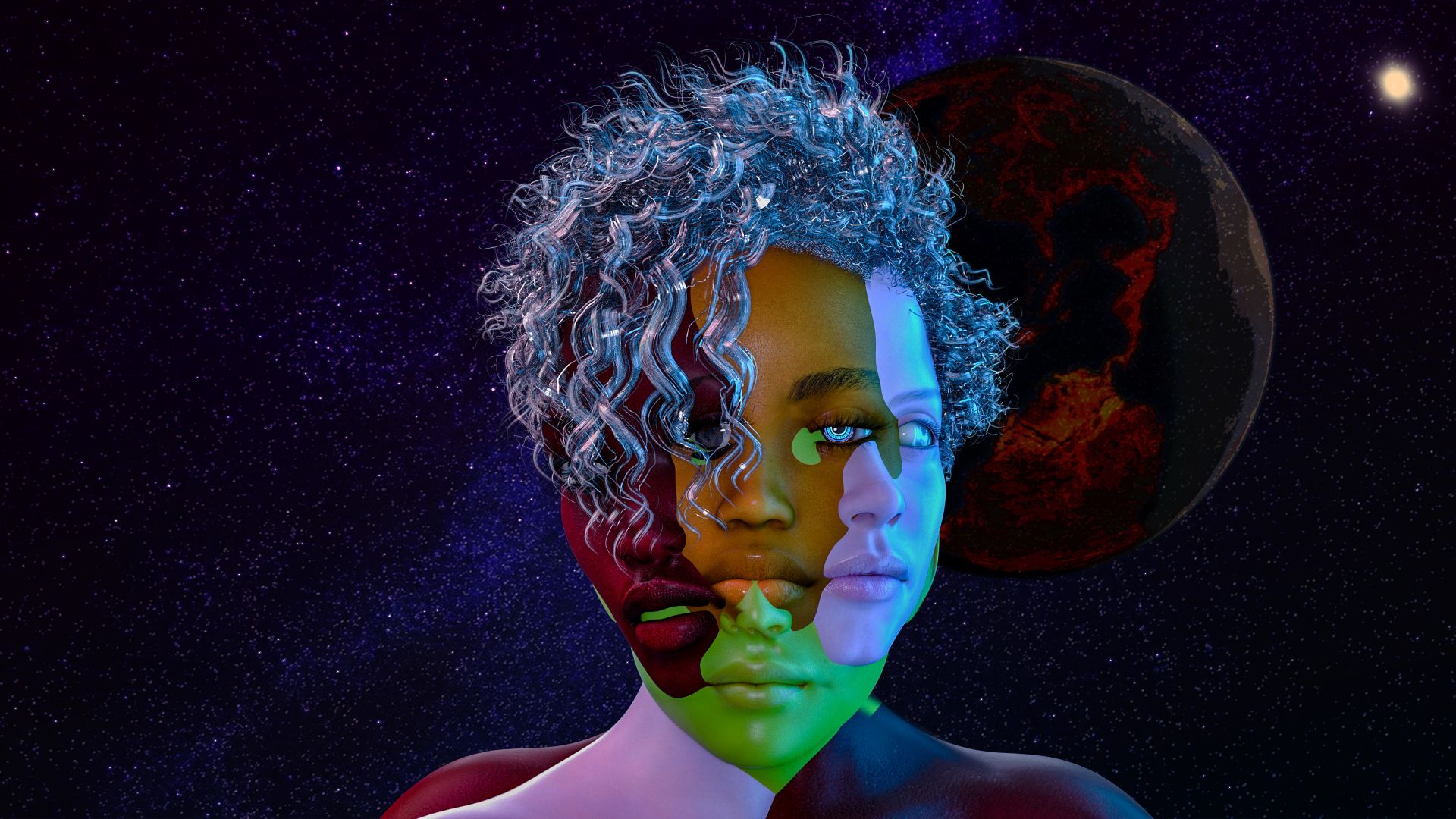 NiiON: Choosing an artistic career was really a battle and journey in itself. Of course many start their lives in art and grow up with influences from professionals, family, and mentors. For me art to some was work for my family. As being people of color in America being able to work within art was a lucky miracle or privilege. Read more>> 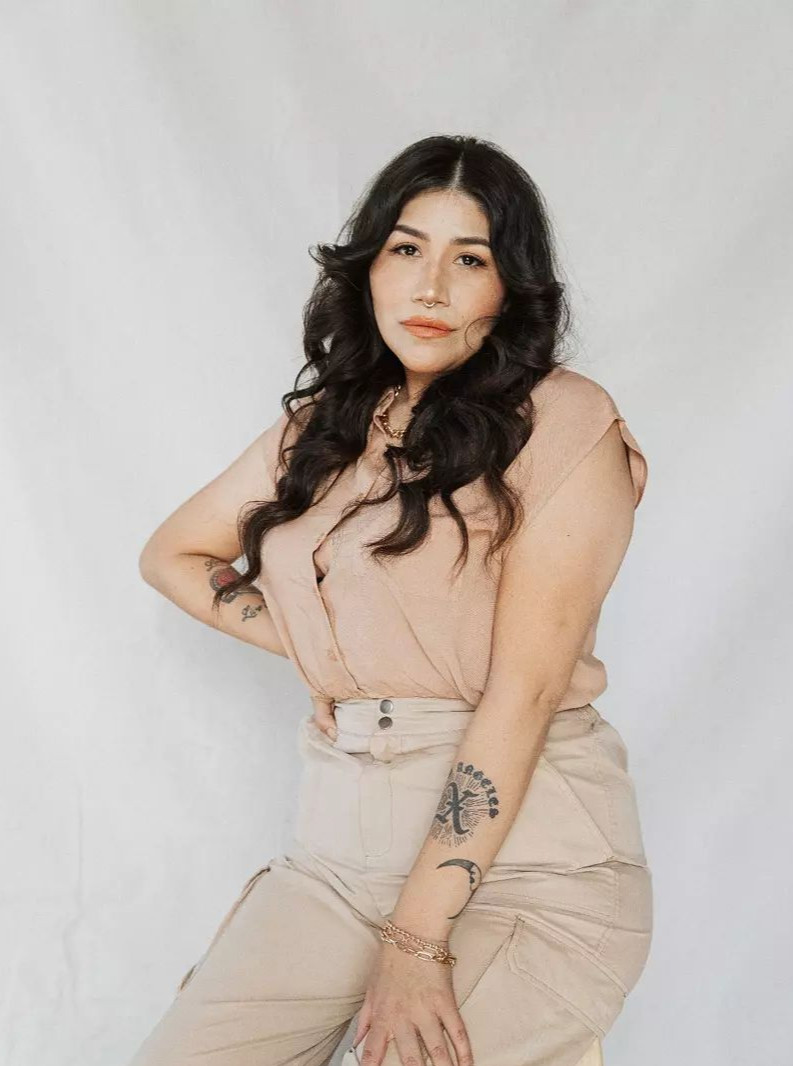 I have always been drawn to doing anything that I could make with my hands and put my own point of view into. From being in punk bands in high school, to sewing/adjusting/putting patches onto my own clothing as a kid, to video editing, to cake designs, to restorative tattooing! I grew up with the example of “be creative”. Read more>> 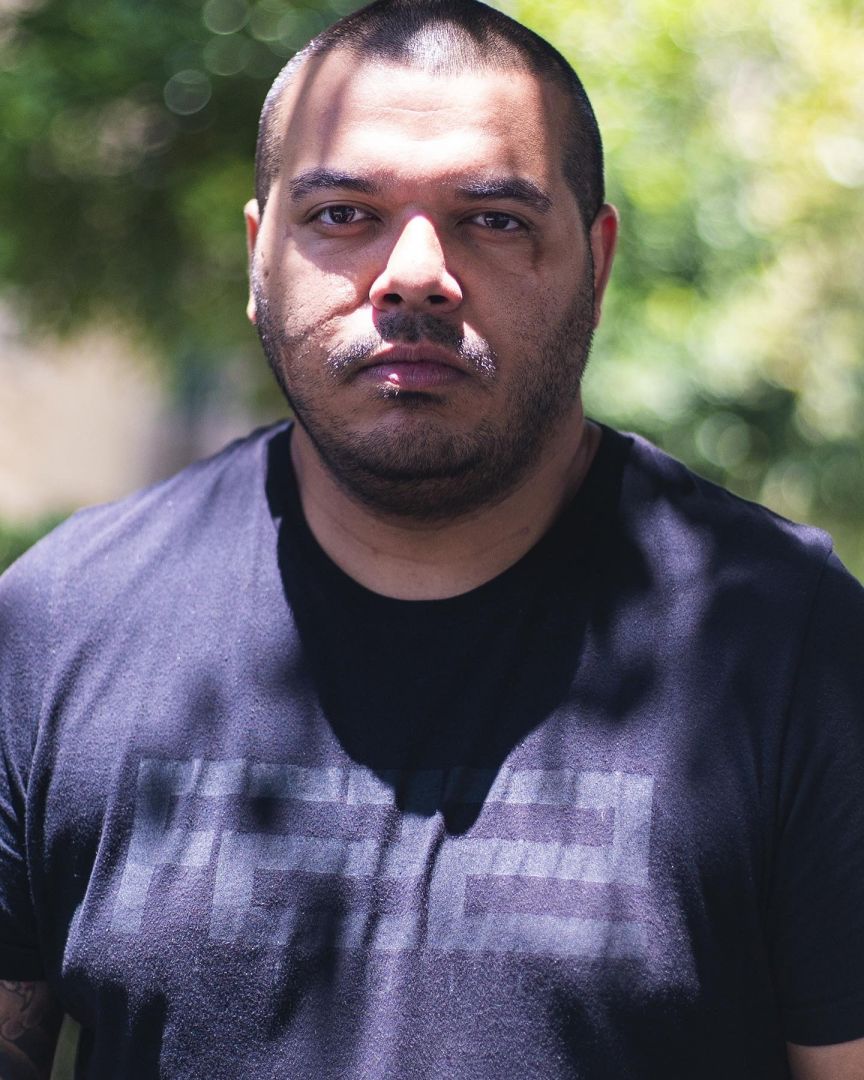 I feel like I’m not meant to work a regular job for the rest of my life. It’s a gut feeling I’ve had since I was a kid and I’ve been obsessed with film/tv for as long as I can remember, that really pushes me to follow my dream of becoming an actor. I also feel like these days it’s more possible than ever with a lot of new streaming services putting out new content constantly. Read more>> 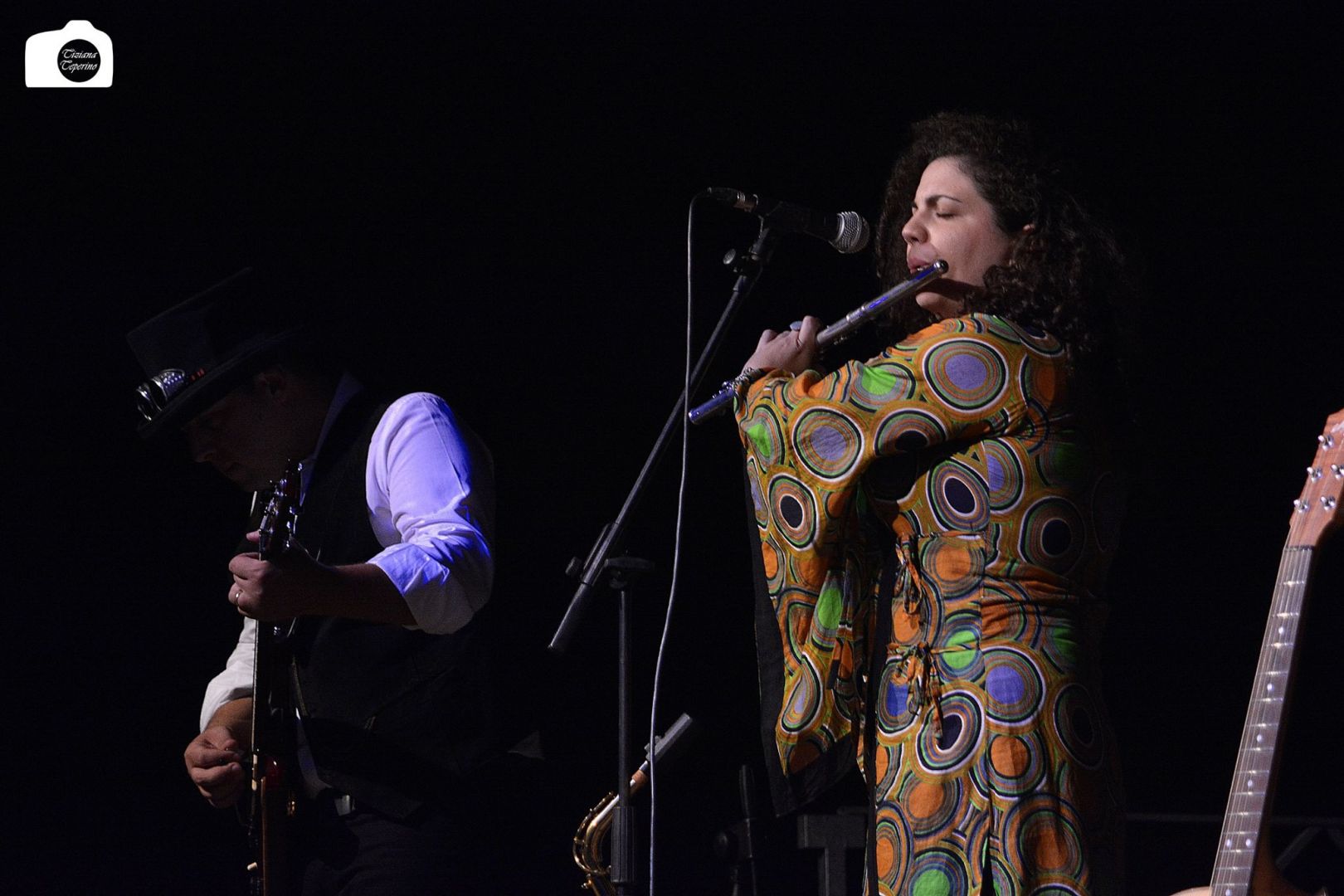 It feels like I could not have a different life than this one. The first moment my father took the keyboard to play some music I knew I wanted to be a musician. So here I am! Read more>> 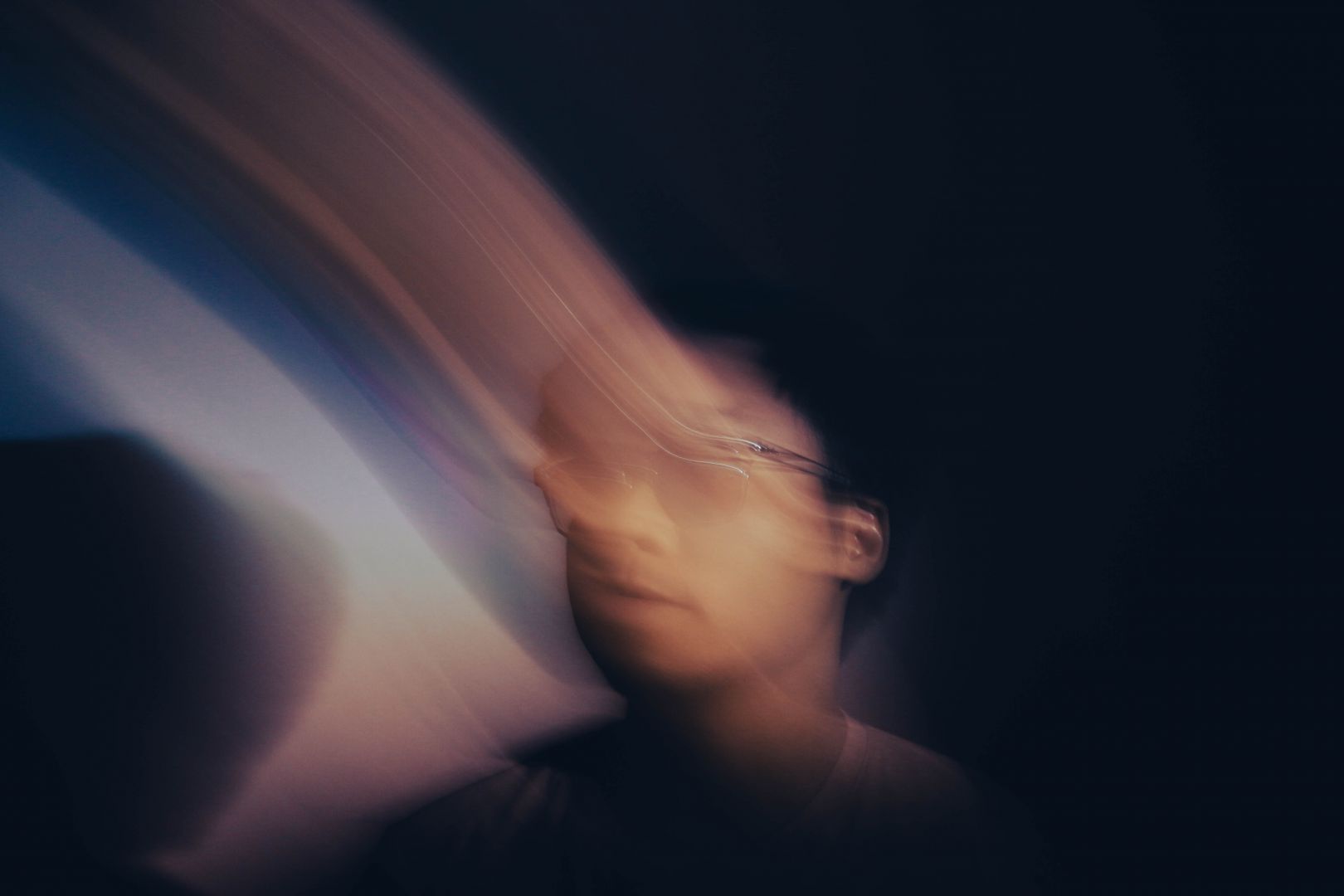 It all started as a hobby during high school. I played guitar in the band I found, and we just played covers. But one day, I saw a poster about an original music competition and wanted to participate as a band unit. Read more>> 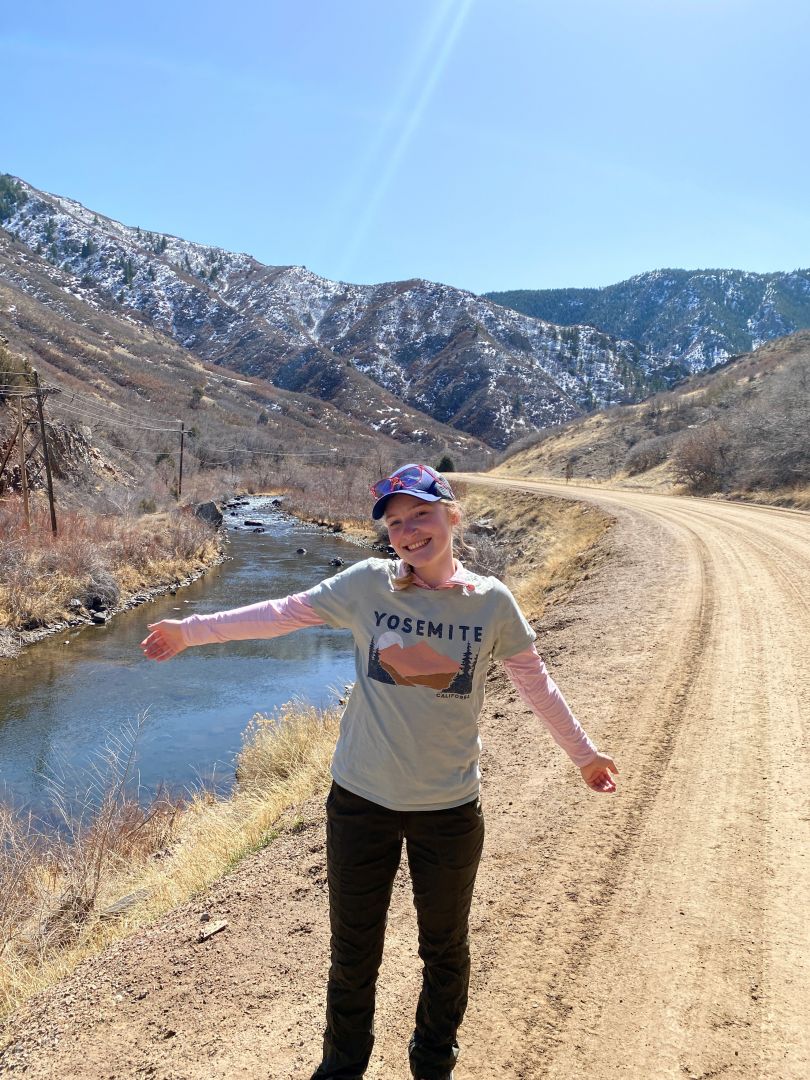 Simple answer: It’s what I love to do and what I feel called to do! Anyone who is an artist or an actor knows that it’s not an easy career path, as there are a lot of instabilities and unknowns. I believe it’s one of those career paths that you have to be so passionate about it that you couldn’t stand not doing it. Read more>> 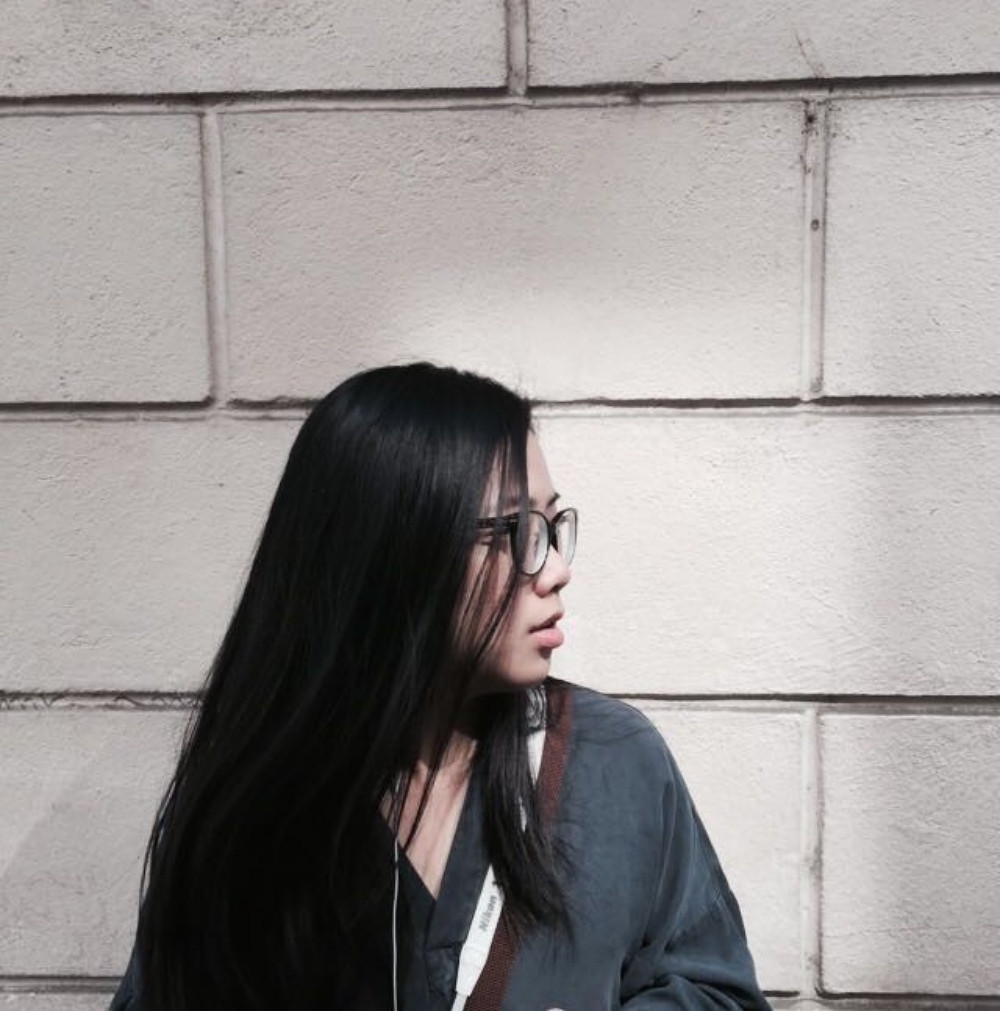 Pursuing a career in the arts provides me with a means of perceiving the world and establishing a connection with my environment. The creative process has been beneficial to my capacity for self- awareness. In primary school, I joined a number of interest groups. Read more>> 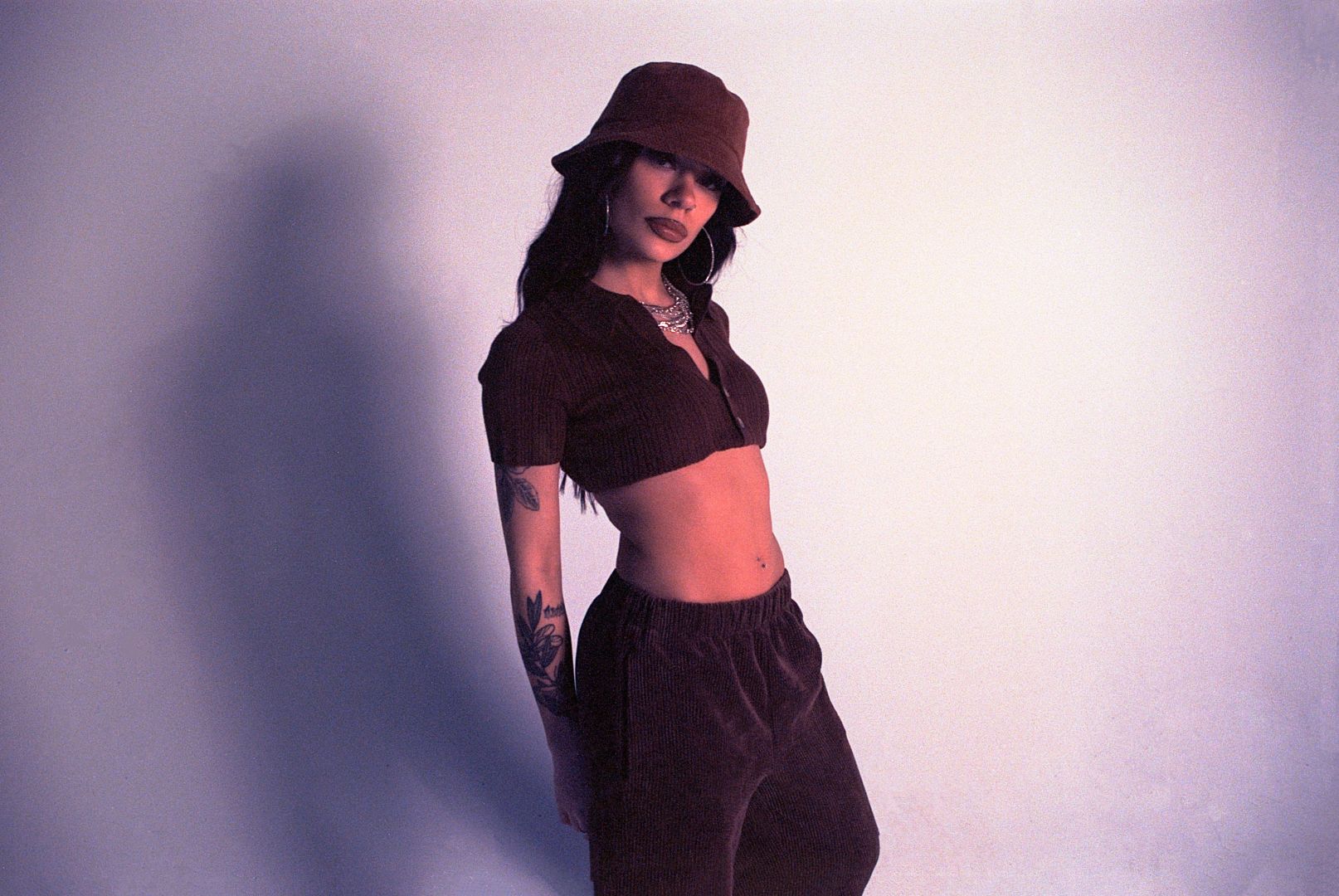 I have grown up surrounded by creativity since I was a little girl. From creating full music videos and performances in my basement with my three sisters, to watching my uncles play in their rock bands, to dancing in the living room listening to our grandmother sing her eclectic array of Mexican polkas, Motown records, etc., I knew nothing but this beautiful lifestyle of music. I can remember times back in elementary school screaming Christina Aguilera and Paramore in my garage until 2 a.m. on school nights. Read more>> 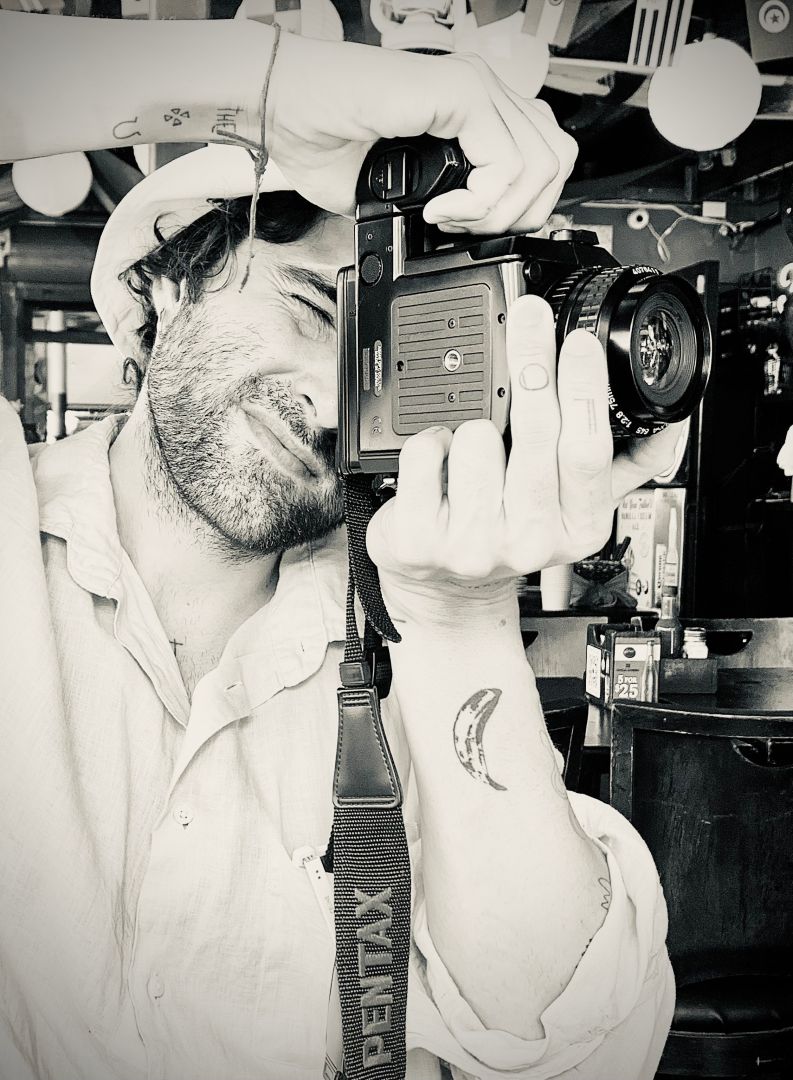 I guess ever since I can remember I’ve always had that urge, to create, at first drawings, but then life sort of lead me in a different direction through law school and I’ve ended up in a business career until my mid 20’s. Read more>> 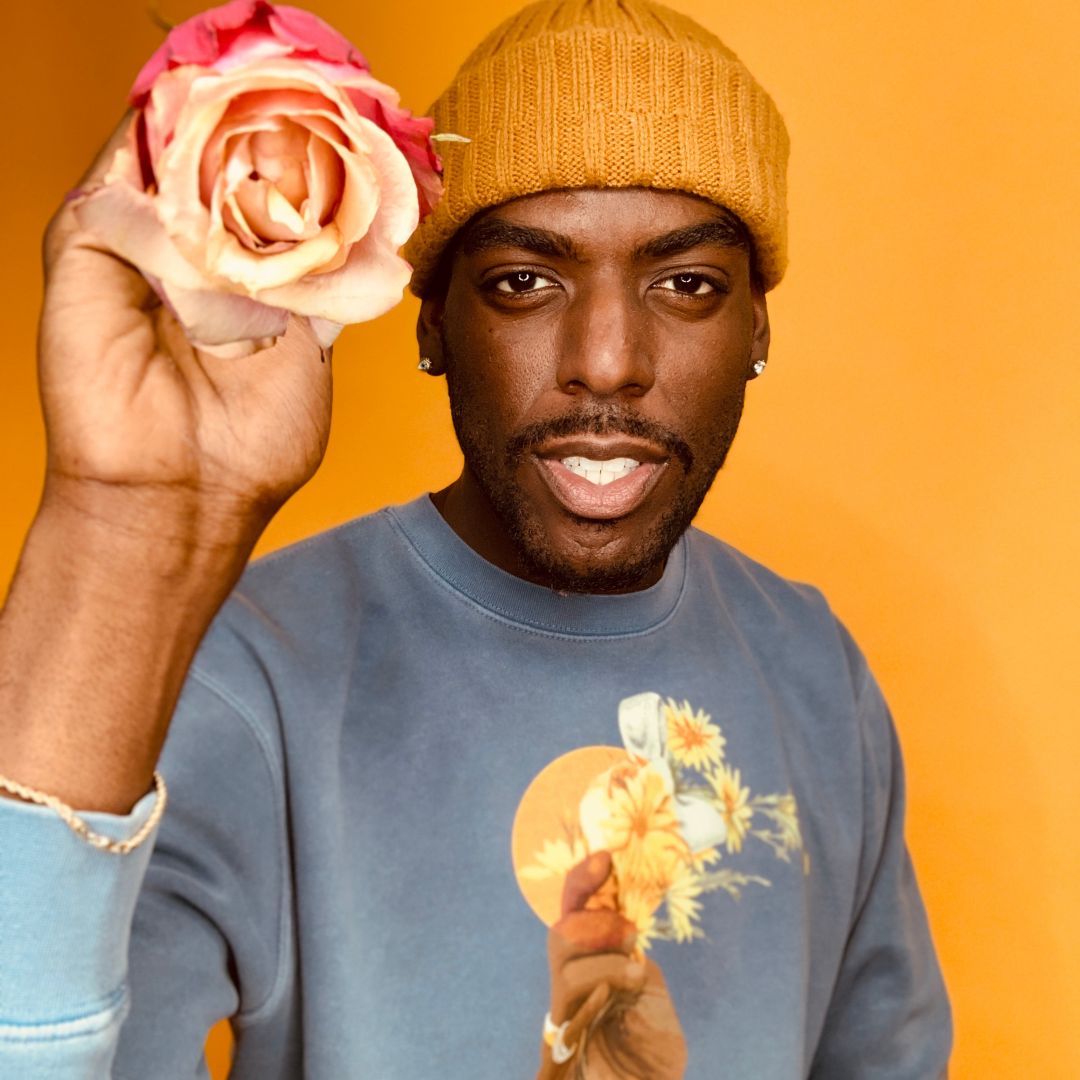 Growing up I just never saw the world for face value. I always imagined there was more. More to see, do, hear, eat, experience. Maybe it started because my mom is an avid reader and although I don’t read as much as her I’ve always been fully invested in the stories. Read more>> 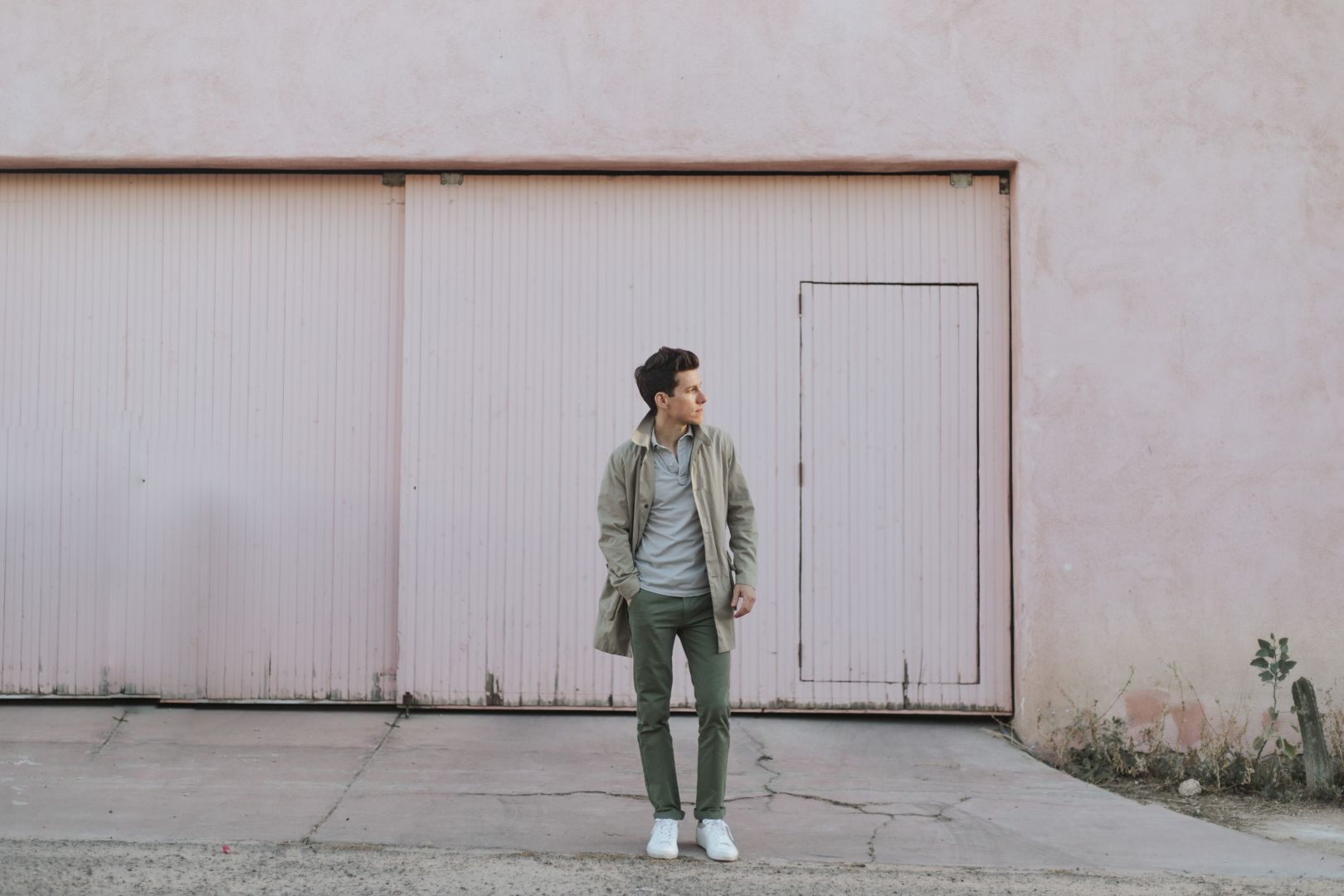 I grew up playing classical piano, then I switched to drums in high school. I would spend hours in my parents’ basement with an old PC and a MIDI keyboard making hip hop beats. Read more>> 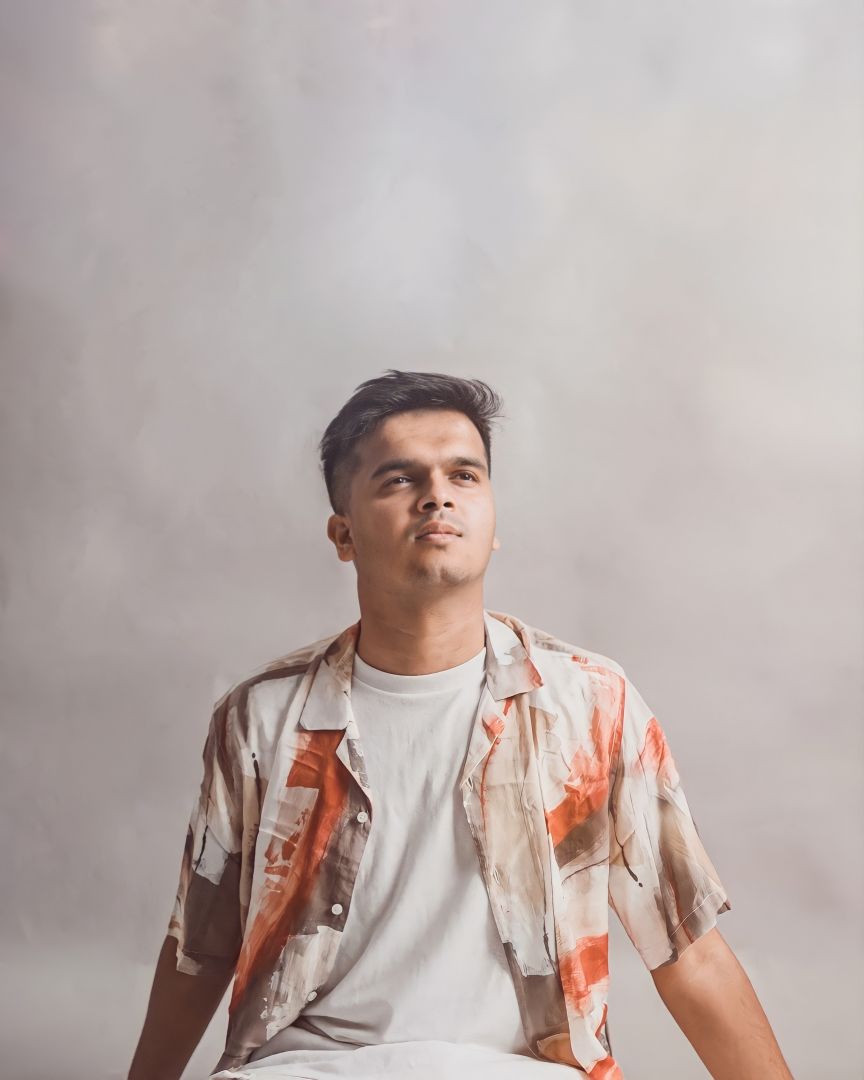 I’ve been somewhat of an introvert eversince I was a kid, and it might sound cliche but I’ve always found an escape via music. I started off by making Piano covers of my favorite dance music artists and even got supported by some of them including Alan Walker, KSHMR, Illenium, and more. That made me wonder why not try making music full time. That’s how I started my music-making journey. Read more>> 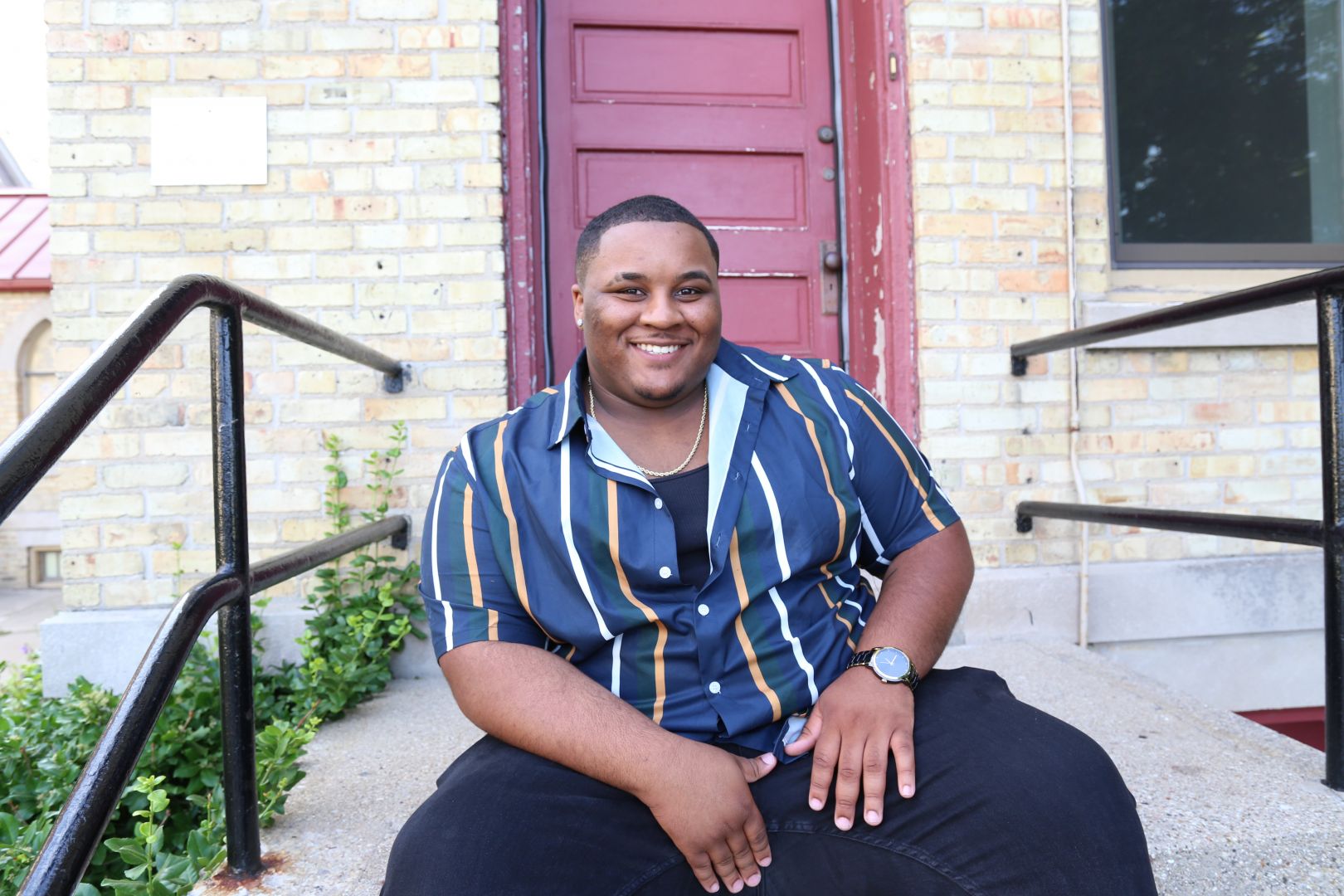 From as early as I can remember, music has always been my goal. As a kid I always wanted to be a superstar singer/guitarist, which led to me getting into poetry and songwriting, joining the school bands, to even having my own bands to perform with. Like every kid, I’ve thought about doing a bunch of different jobs; from being a comedian, to being a lawyer, and I even went through a phase where I wanted to join the CIA and become an assassin (I played a lot of Assassin’s Creed back then). But my heart was always in music, and that’s where I always came back to. Read more>> 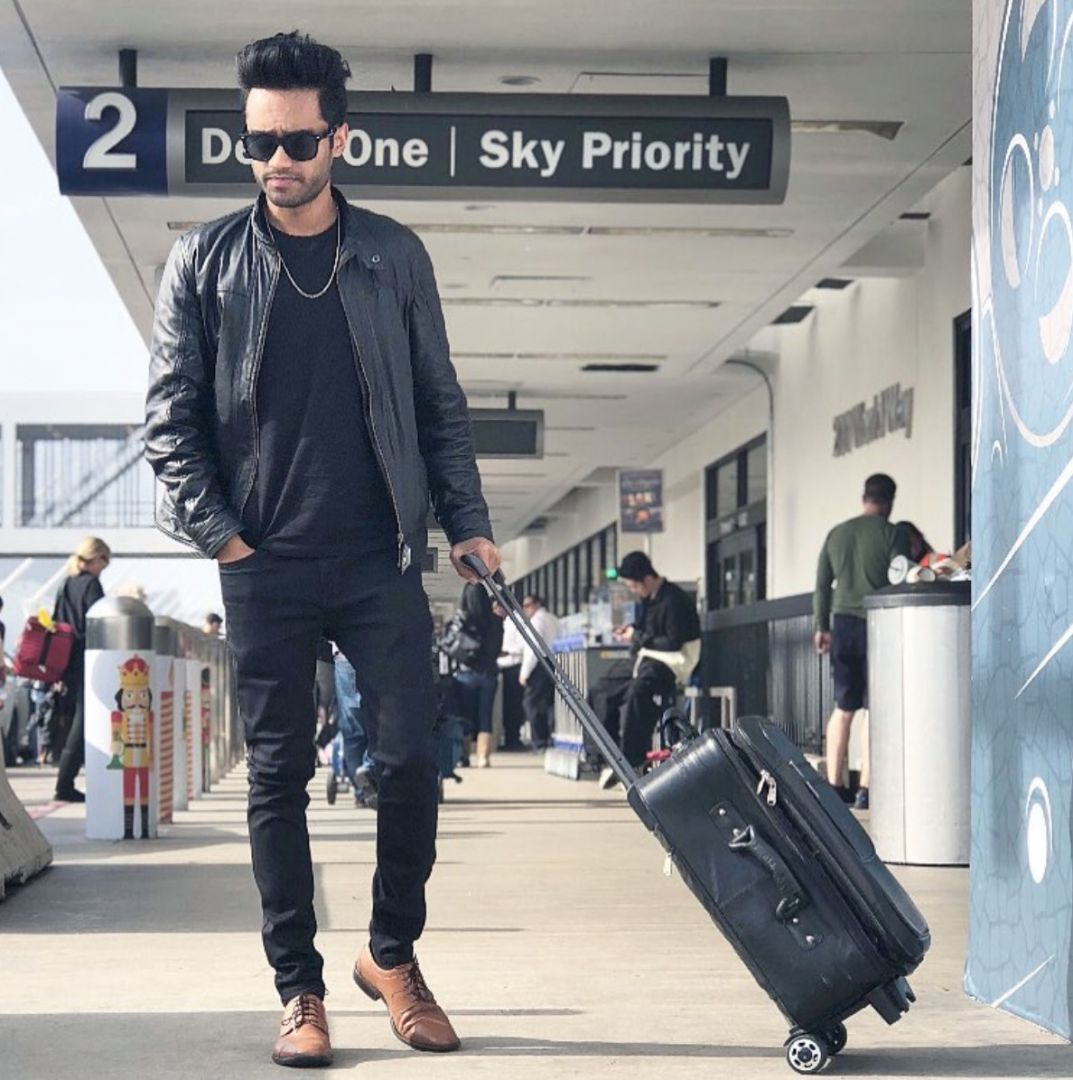 Growing up, you can say I was a nomad. I went to 10 schools in 18 years across the world including going as far as Singapore. Every time we moved to a new place I had to figure out how to make friends – a skill I learned overtime – which has made a big difference in Hollywood. Read more>> 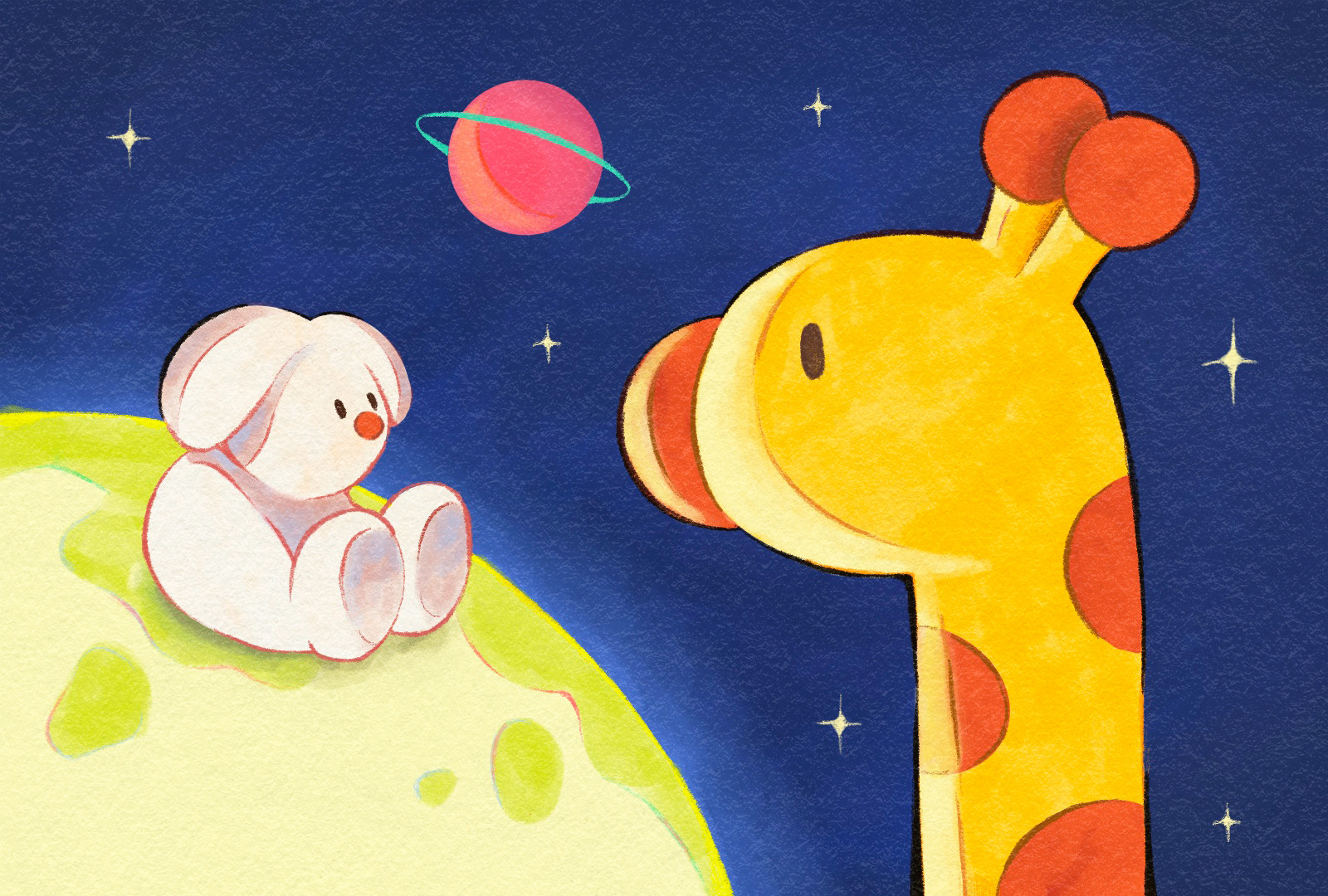 Art is proof of who I am. When I make an art, I first figure out what I think, and express them physically. I usually show them using a storytelling method, and short animation or video is my favorite format to use. All of my stories contain my experience, life, thinking, and feelings, and they show my identity and prove who I am. There’s still tons of stories that have not been out of my head yet. I want to pursue my artistic career until I have nothing left in my brain. Read more>> 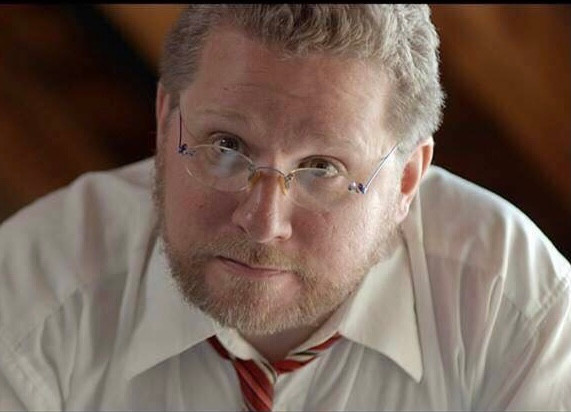 When I started out as an actor in high school, I did it to break out of being shy and a little awkward. I didn’t feel comfortable in my own skin, but when I entered a theatre and went on to a stage, that awkwardness left me. I felt alive. I felt free. I felt happy and most importantly, I felt confident. And after 30 plus years of doing this work, I can truly say that this work has set my life free. Read more>>