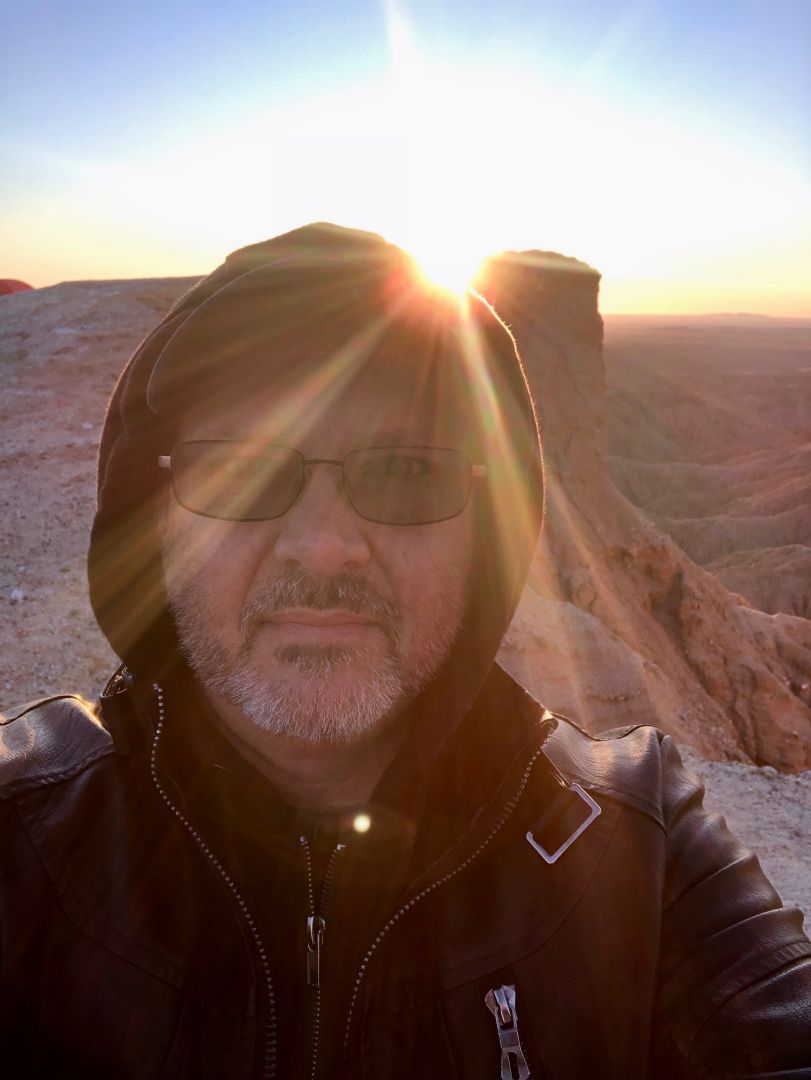 I’m from the island of Guam. Moving from a small island (just 212 square miles) of 140,000 people to the sprawling city of Los Angeles and its millions and millions of residents, was a bit of an adjustment, obviously. Read more>> 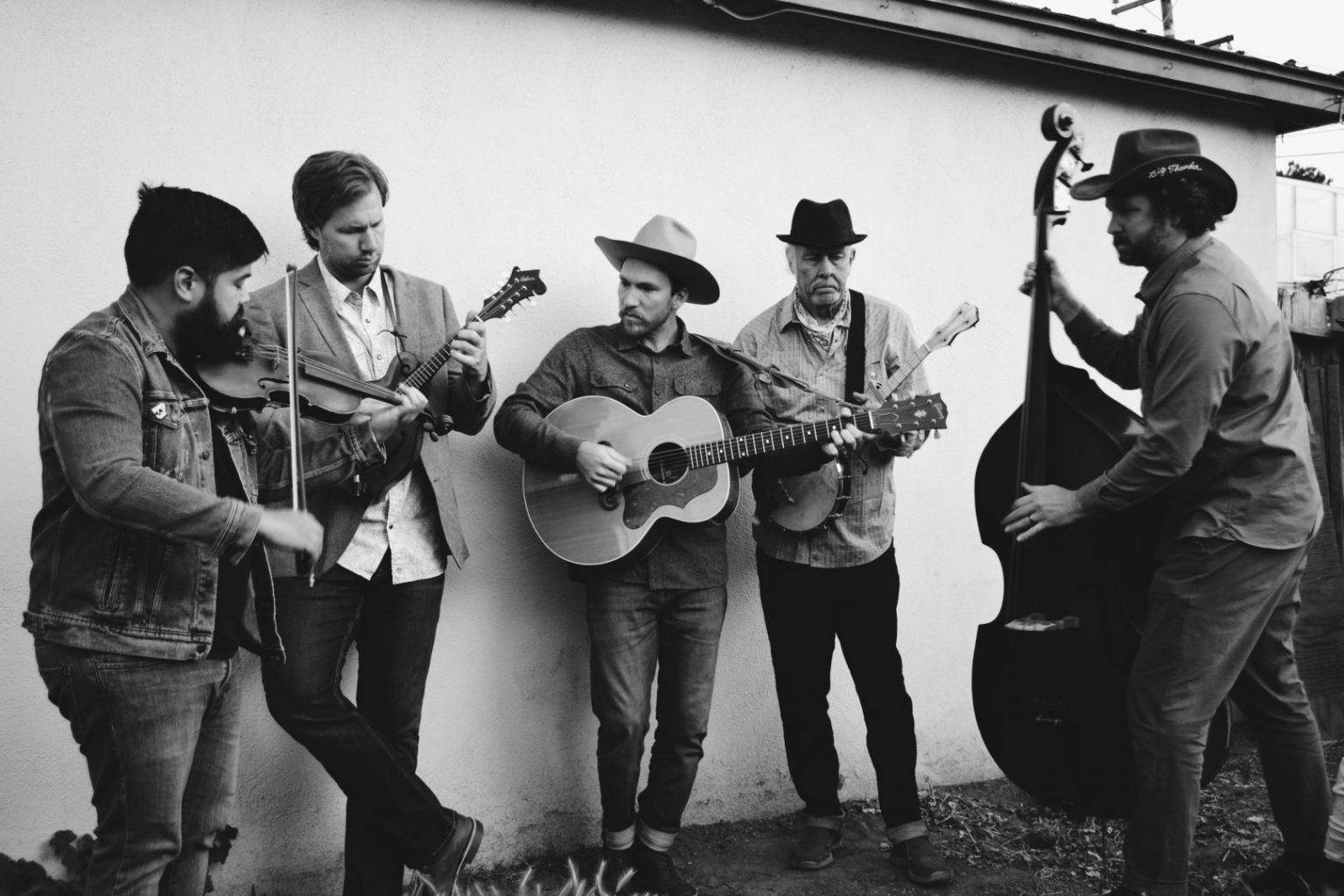 The band has most of it’s roots in Whittier, CA, specifically South Whittier. After WWII when people starting moving to LA for the air-force industry, lots of folks from the Mid-West settle into Downey or Whittier. So there’s has been this huge generation of Grandpa’s that listen to Country Music; Read more>> 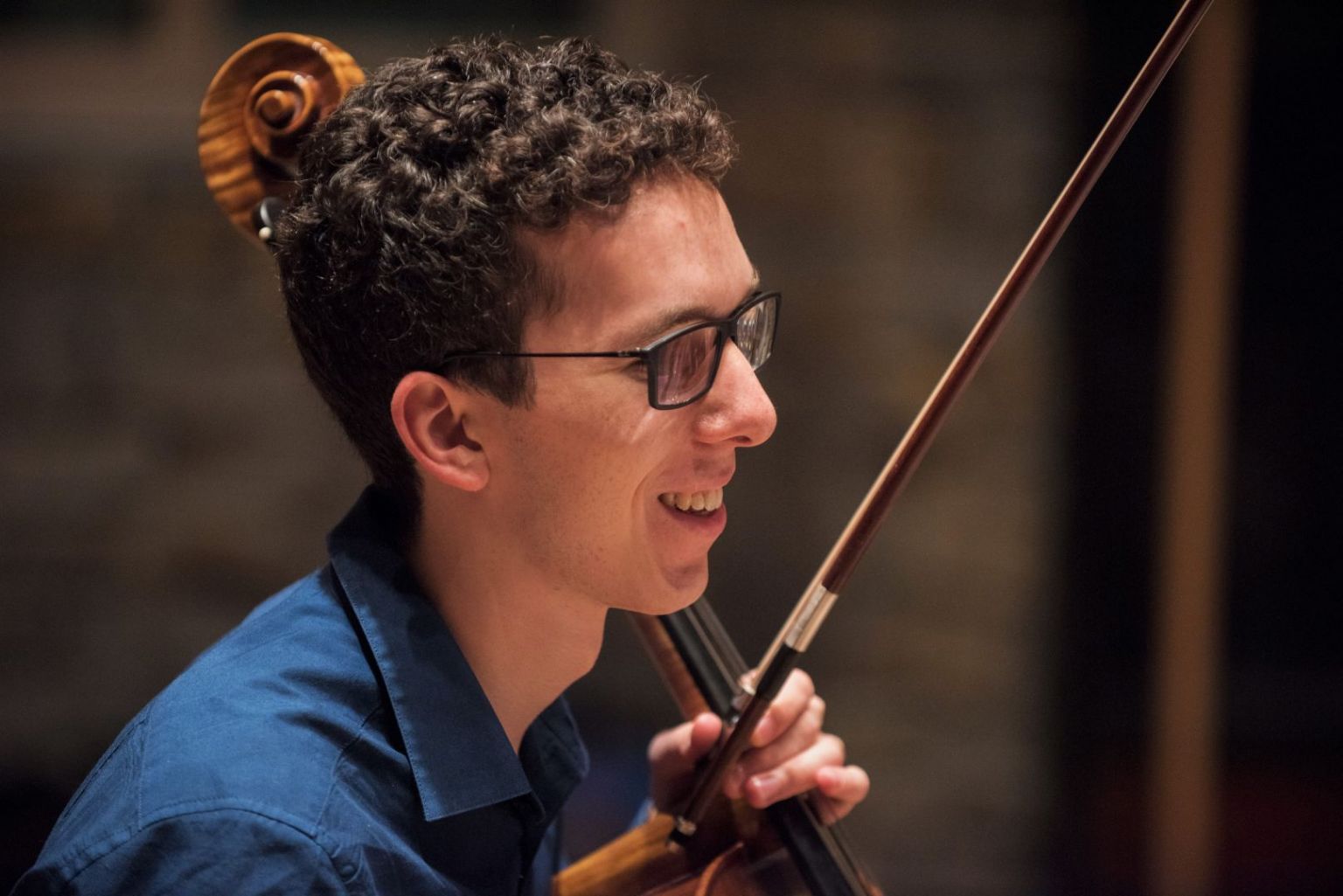 I was born and raised near Toronto, Canada, in a cozy suburb called Thornhill. Growing up, I was constantly surrounded by music; I started learning the cello at the age of 3, but classical music was always on the radio long before then. This is where my love of classical music began and why it informs my musical style so deeply.  Read more>> 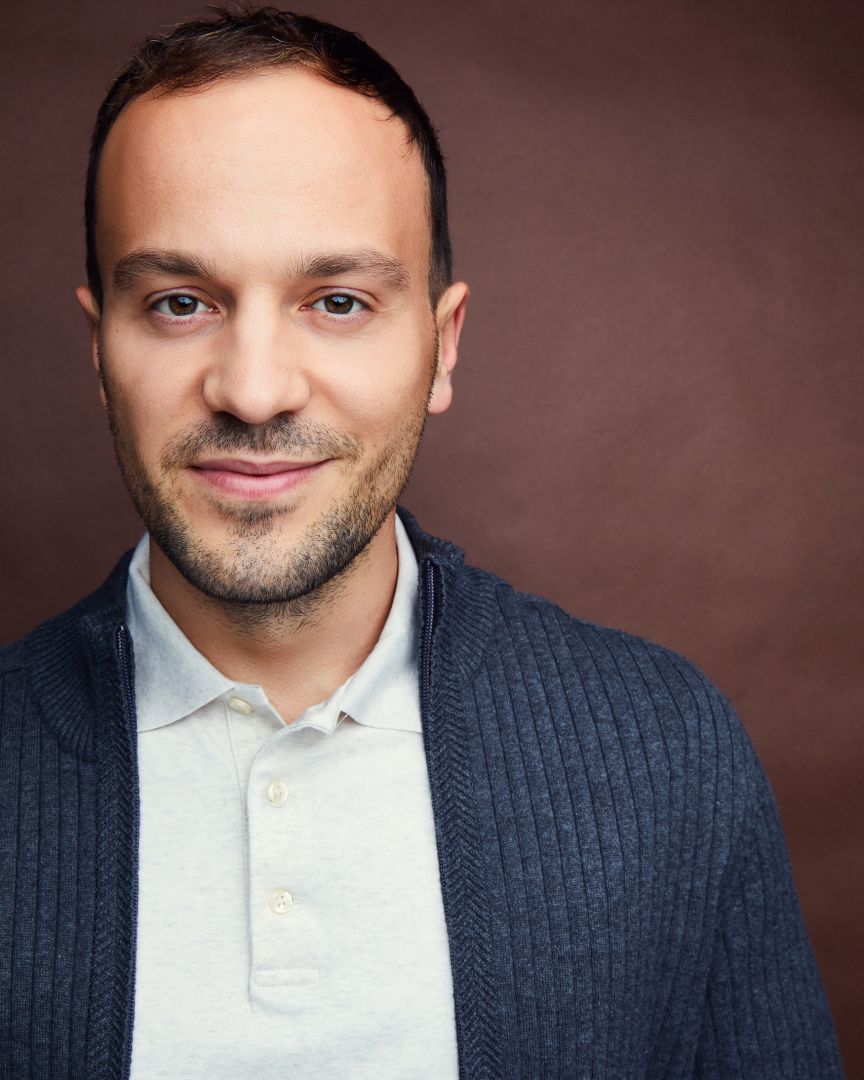 I’m originally from Croatia and I feel like your backgrounds impacts your personality a lot. You can’t escape that. I moved to the States three years ago and even though I never felt as a foreigner here, Los Angeles is a very welcoming place, I still feel like I had to change in order to adapt. Read more>> 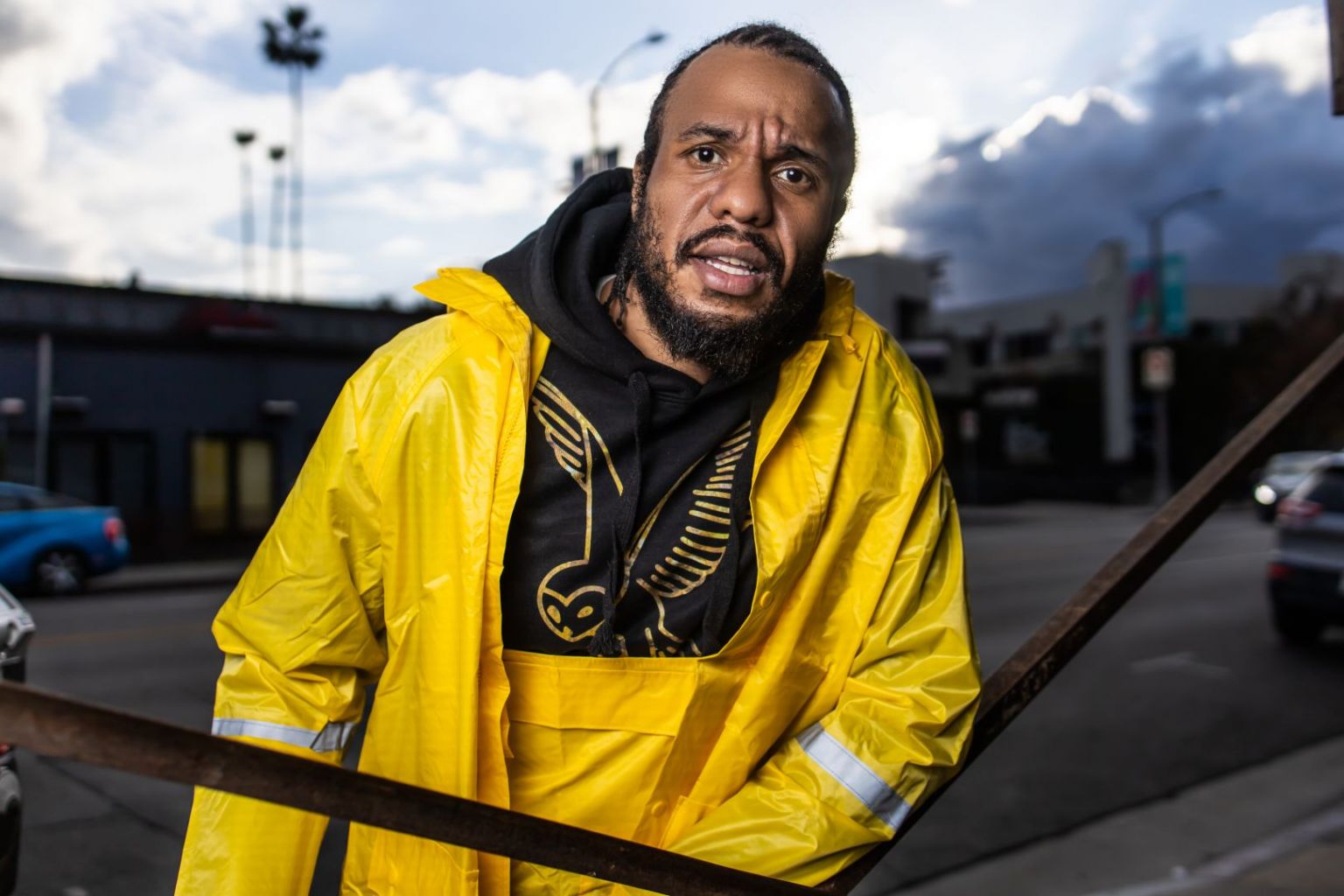 I am from Oakland, CA. In the San Francisco bay area scene, artists like Too $hort, E-40 and The Hieroglyphics crew gave myself and other artists an example of independent success. Read more>> 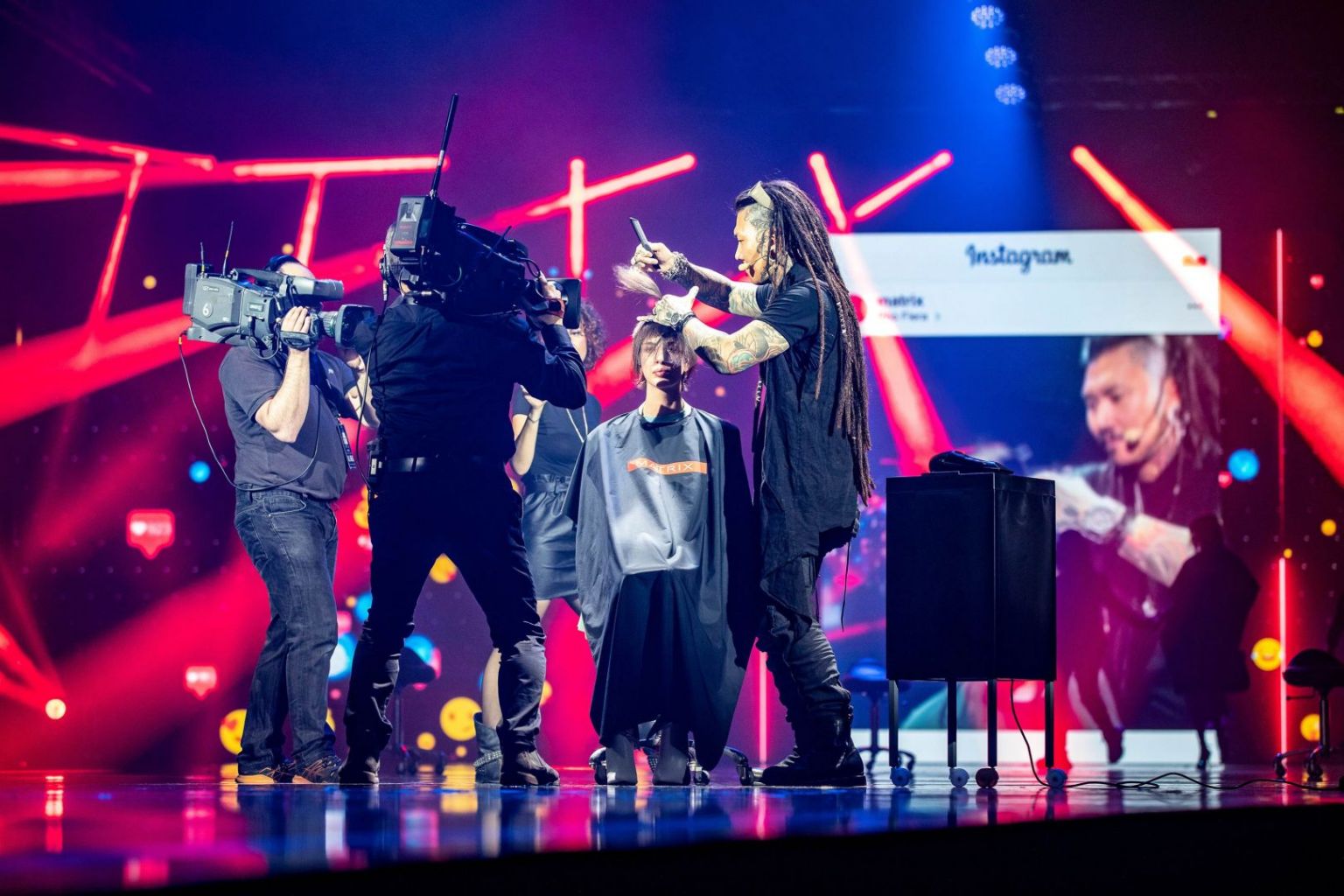 I am from a fairly wide range of places as I moved every 3 years or so since birth. I was born in Landstuhl, Germany from a multiracial family. My father European/American and my mother multi cultural Asian. Read more>> 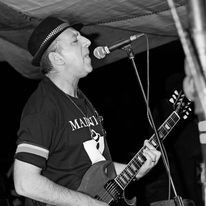 Im from Belfast Northern Ireland. I have lived in Los Angeles since 1987.
When I was young in Belfast it was a time of religious divide and troubles. I always found an escape from the drama in music and especially the music of Reggae which always seemed to have a message of uprising and protest for the underdog. Read more>> 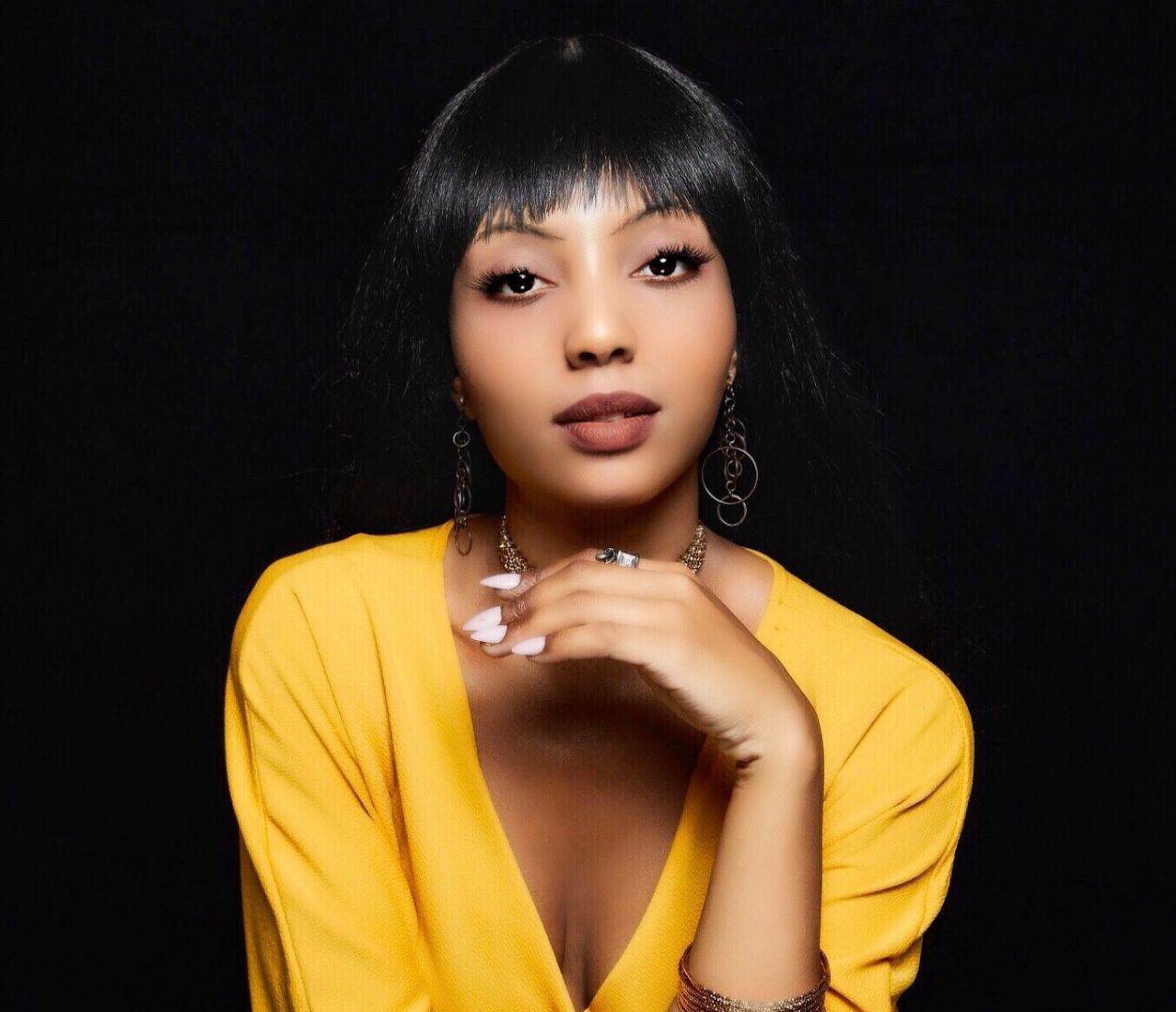 I’m from Akron, Ohio and my background and upbringing impacted who I am today because of the strong family foundation my Mother & Father exemplified through their faith, hard work, resilience, love, support, success, balance, creativity and so much more. I’m who I am today, because of God and my amazing parents. I’m truly grateful and blessed. Read more>> 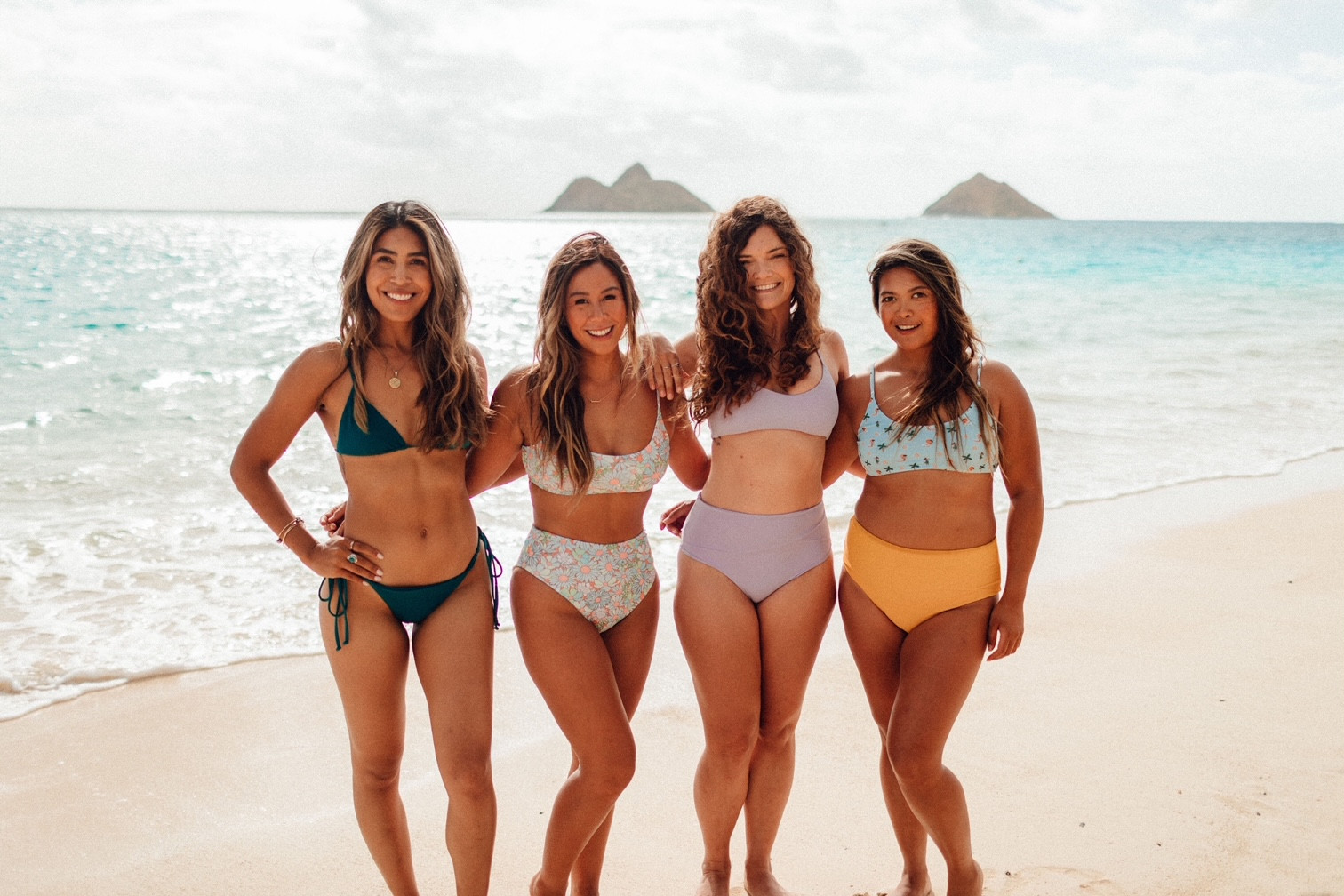 My parents met in Chicago in the 80’s after they both immigrated to the U.S. from the Philippines, in search of a better life and more opportunities for their future and their children’s futures. I was born in Chicago but my parents moved us to California when I was a toddler. Read more>>

I’m from Marion, South Carolina. My hometown is part of the fabric of who I am. Growing up in my community, I learned at an early age that nothing will be given and everything will be earned. Integrity isn’t for sale, so respect must be given and commanded at all costs. Read more>>

I was born in Inglewood, raised mostly in Long Beach. My mother and I were homeless during the early years of my life. When we first obtained housing I attended a pre-school in a manufactured building on 107th and Vermont in South Central Los Angeles. Read more>> 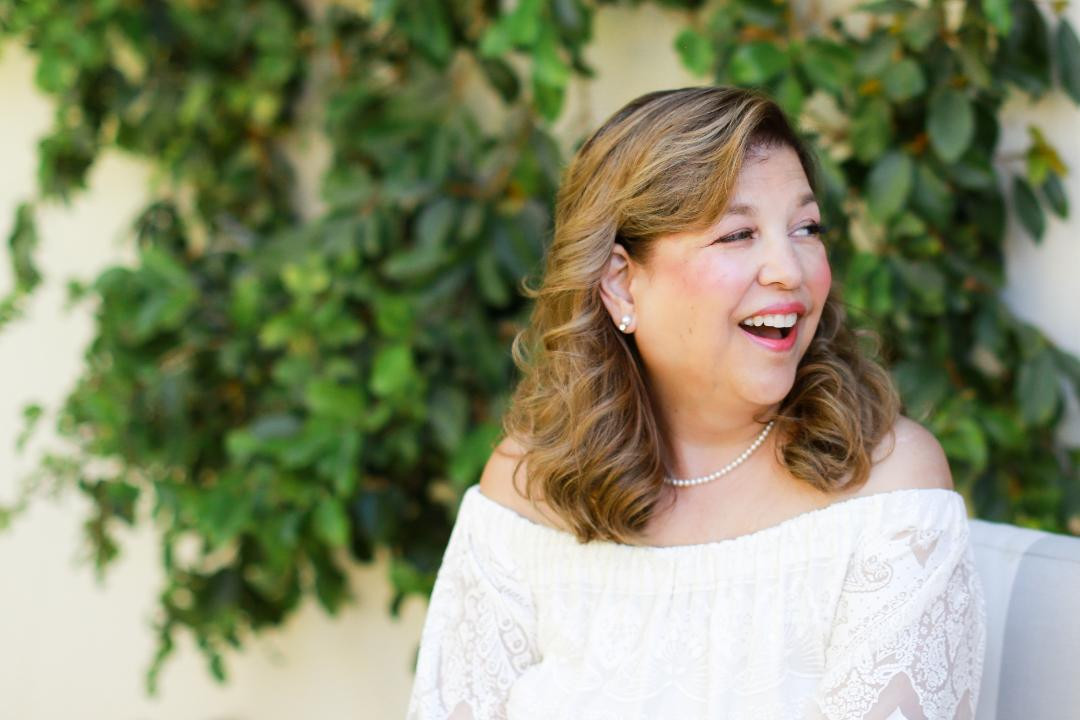 I grew up in a neighborhood designed for immigrants to purchase homes in San Francisco at a time when the city was still segregated in the 50’s. My peers were mostly made up of 1st generation kids. What started out as a regular childhood, playing outside until the street lights came on.  Read more>> 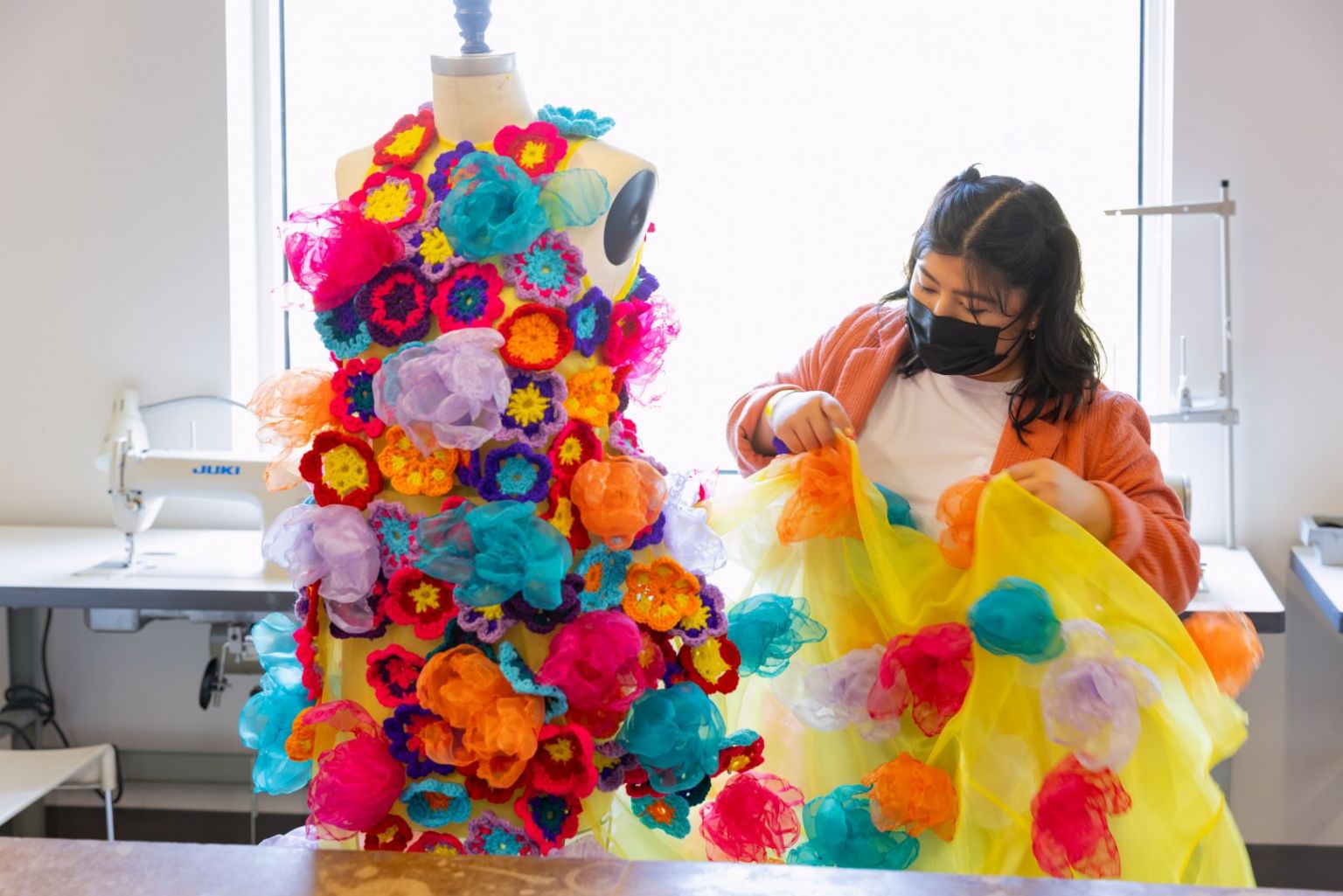 I was born and raise in Los Angeles. I am half-Japanese and half-Mexican and I love embracing my culture in my design process. I have always found culture and diversity interesting. Growing up in Los Angeles in a very diverse community, I had the opportunity to really understand the importance of our differences. Read more>>

Cory Grabow | Co-founder and Partner at The Bruxton Group 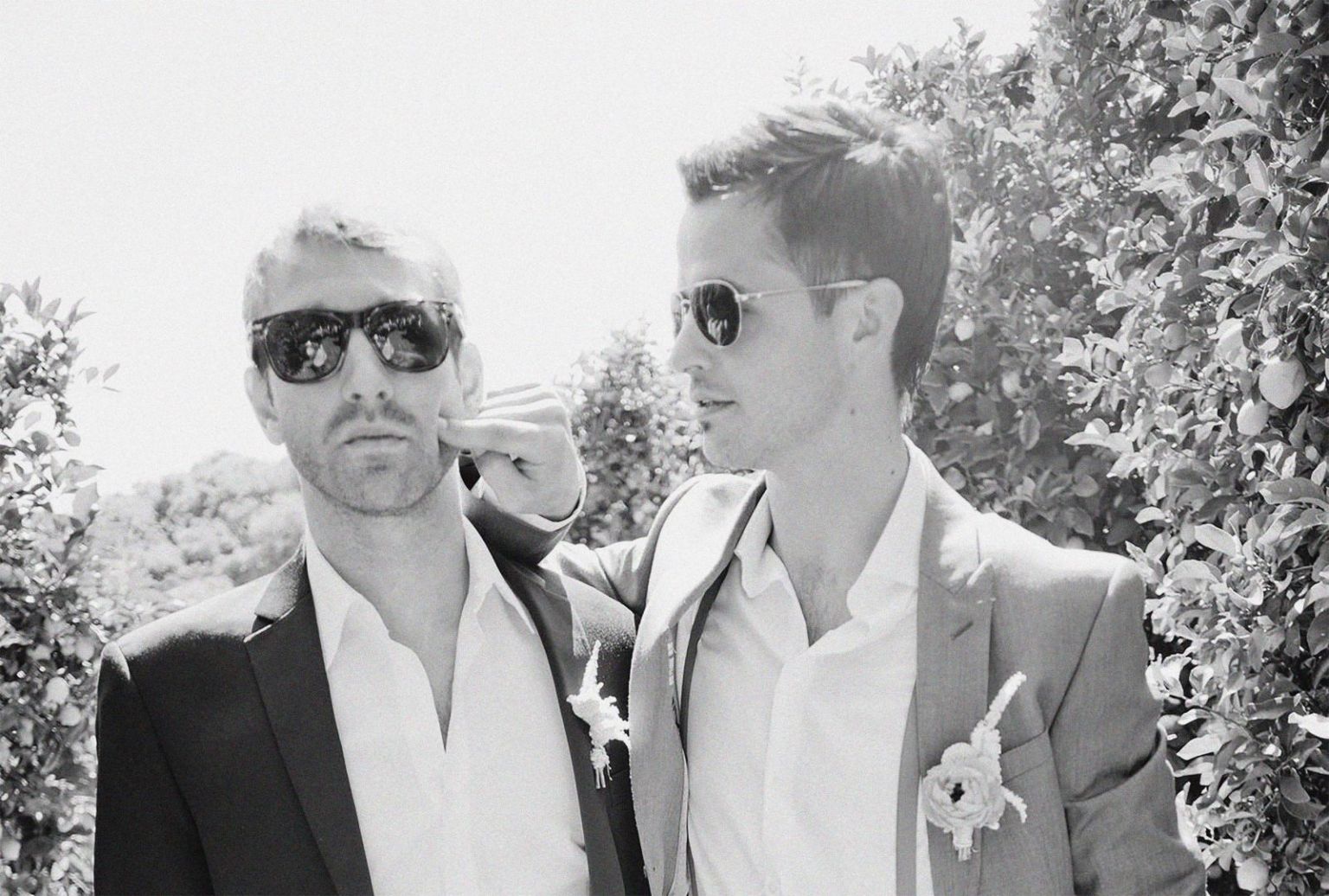 Hi, my name is Cory Grabow and originally from a small town in Montana. I was raised in the country, by a cowboy turned civil engineer (pops) and a farm girl (madre). My time growing up there was very important to who I am today. To start, my parents never shy’d away from doing anything the ‘right way’ even if it meant it taking longer and we always helped out our neighbors. Read more>> 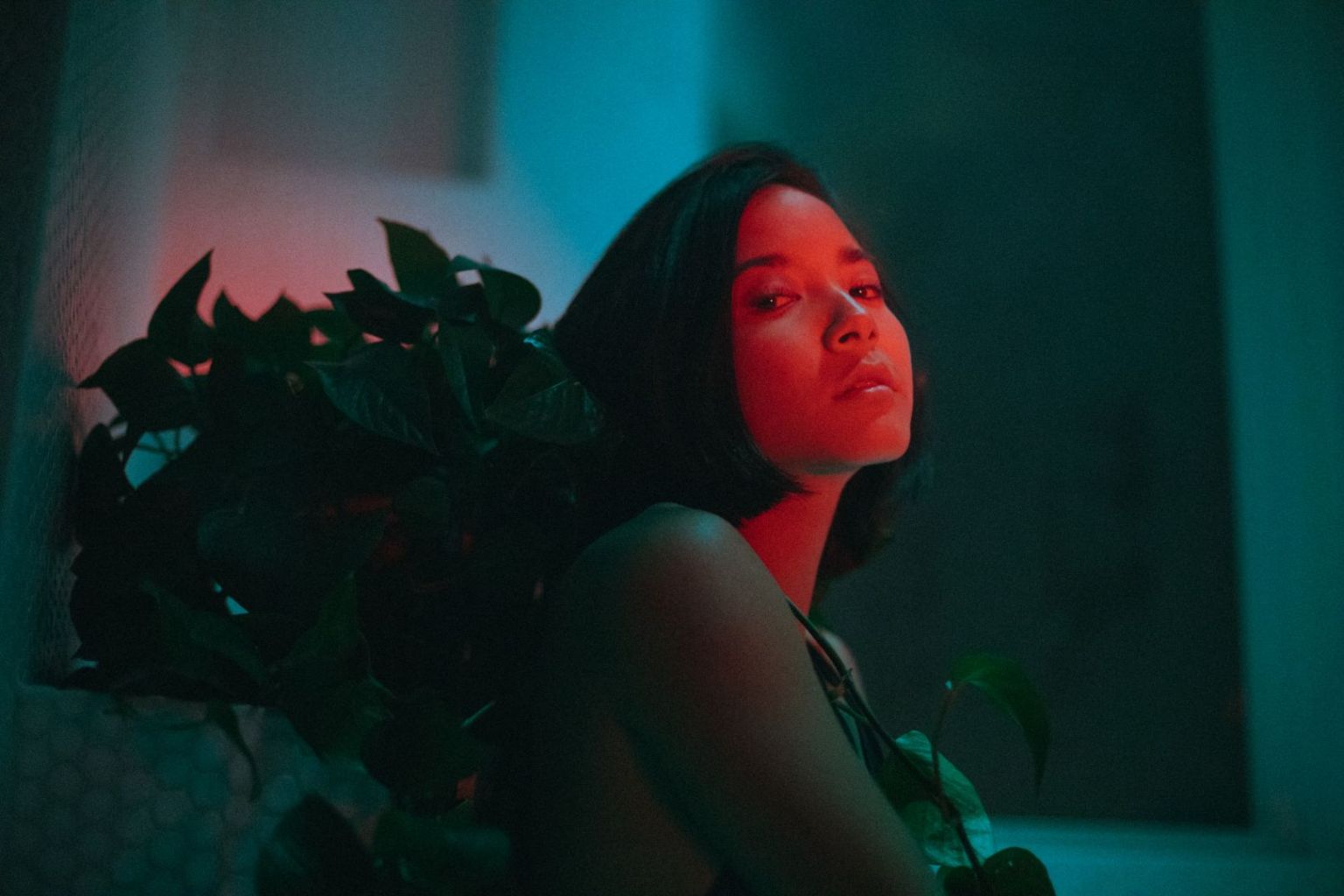 Although I was born and raised in Tokyo, I grew up listening to and watching American music and TV, which inspired me artistically, but was not very diverse in the early 2000’s. There was no one that looked like me on TV or in magazines that I could look up to. Read more>> 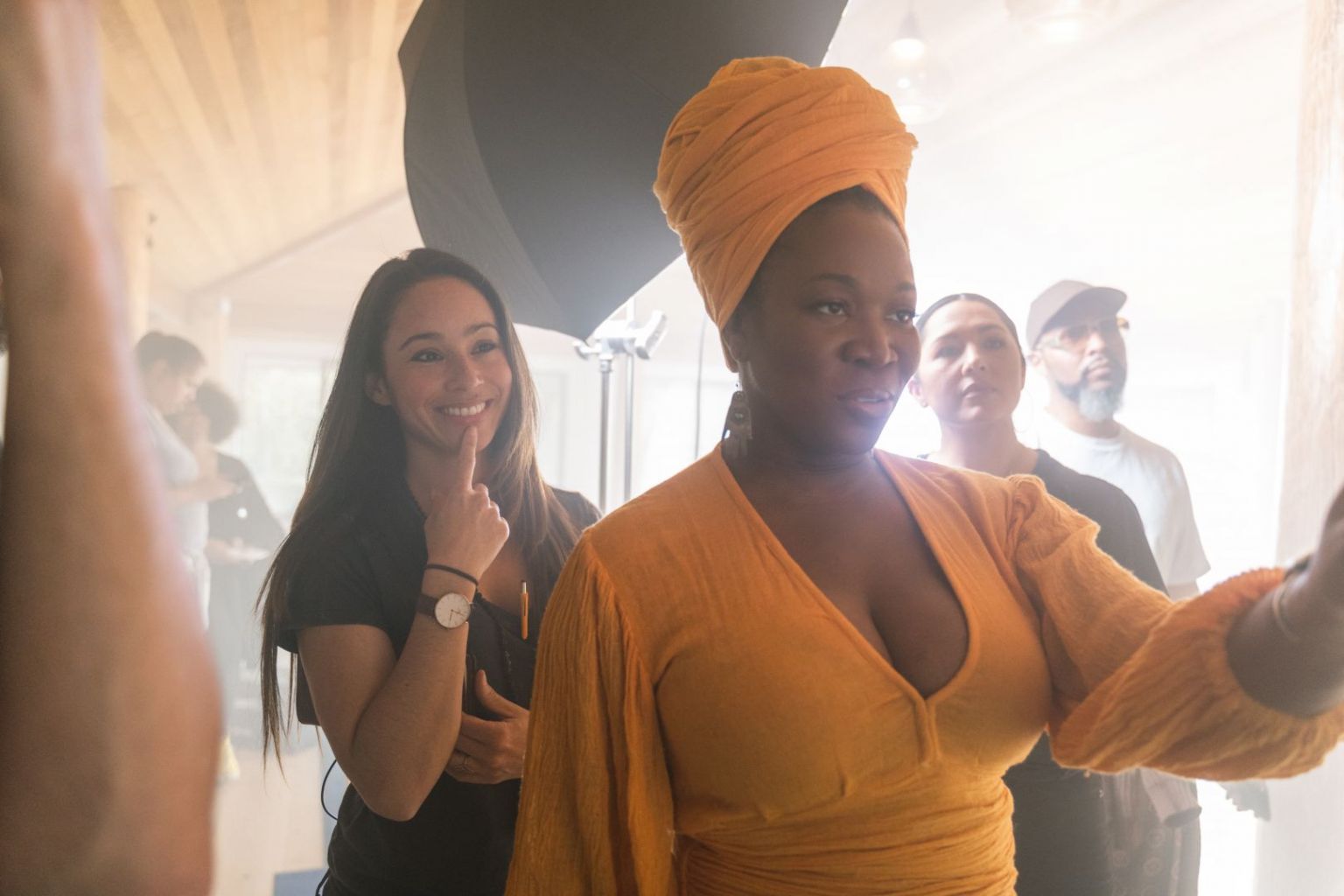 I was born in Sydney, Australia. I grew up in a 1 bedroom cabin in the forest with my mother and my twin sister. I would say that my mother was my biggest influence with who I am as a person, my authenticity, love and care for people. Read more>> 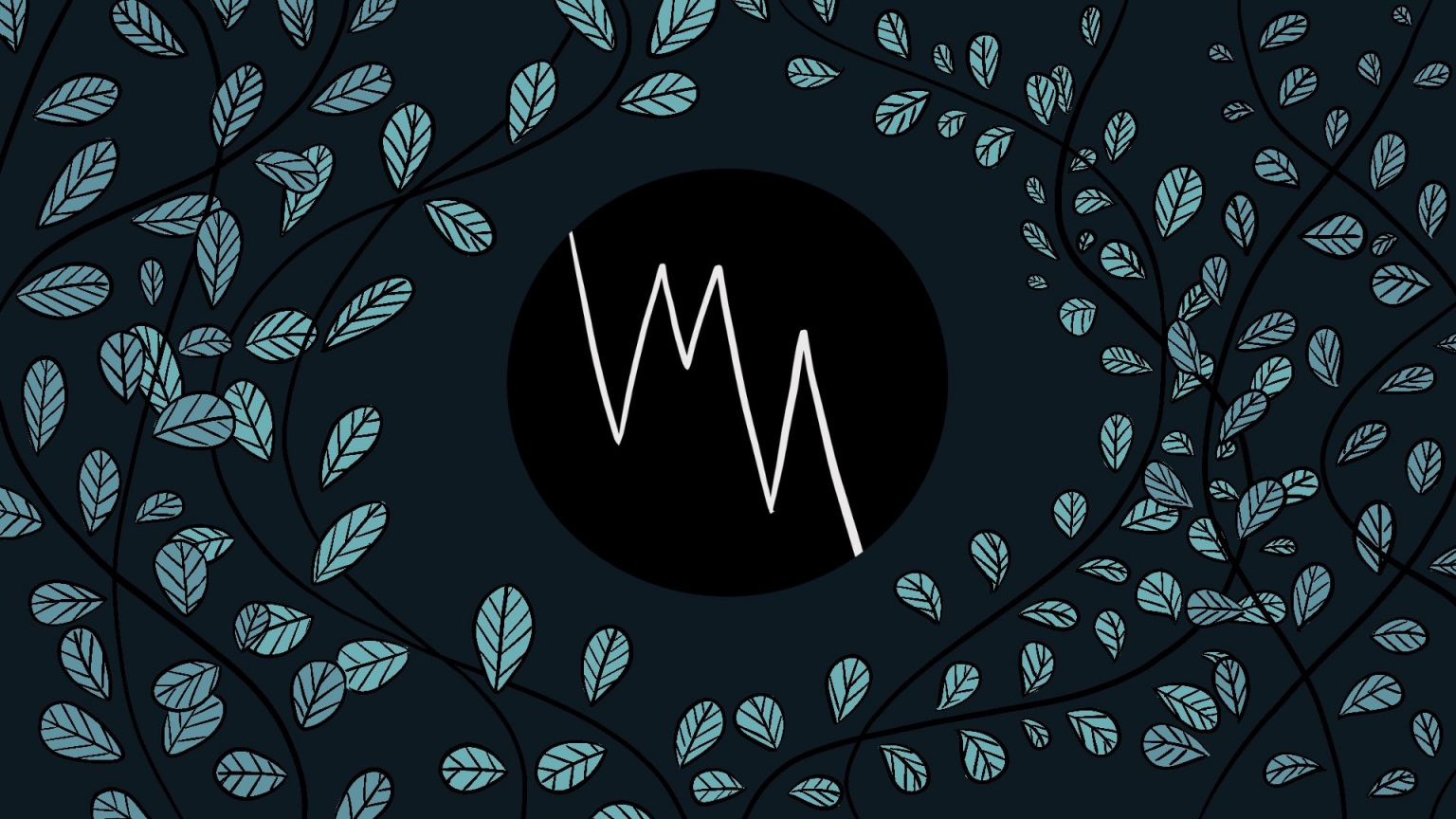 I am from many places. I was born in Mumbai, India and moved to the UK, by myself, in the last year of high-school. Growing up, I never felt like I belonged to India alone and when I got to the UK, it felt right. Although, it came with a lot of difficulties, I like to think I grew up there (for a second time) and became the person I am today. Read more>> 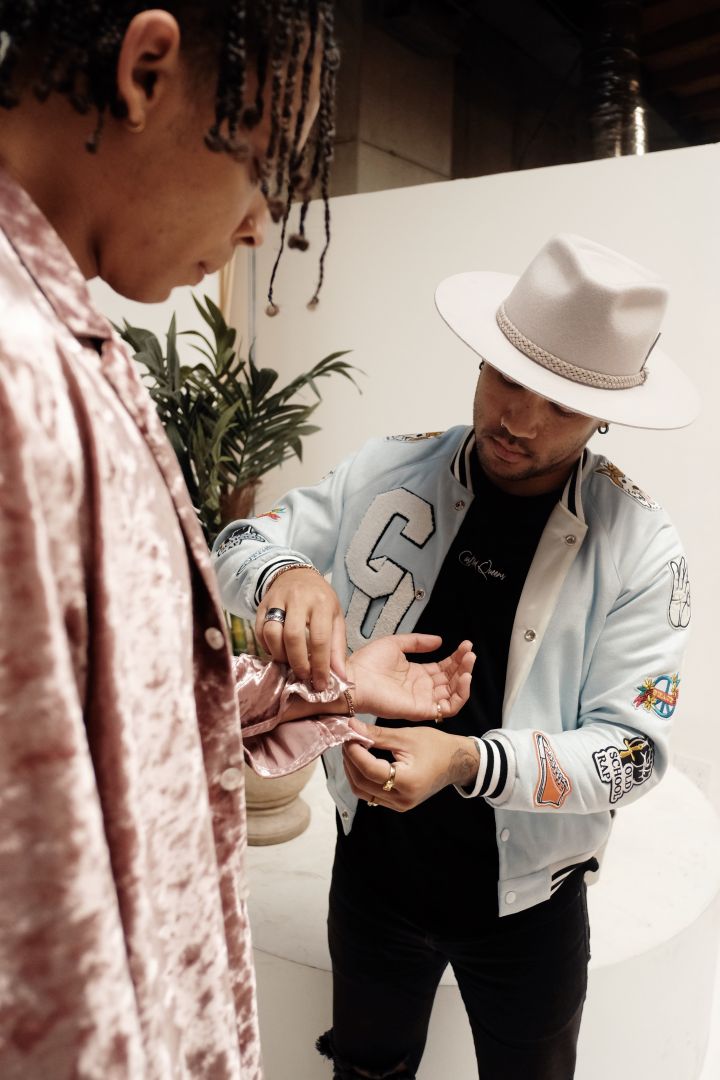 Growing up in South Korea I have distinct memories of the social constructs that South Korea thrives off of today. This includes discipline, work ethic, and routine. When I moved to the States at a young age and later to Los Angeles it was a time for me to explore my creativity, purpose, and develop my talents. Read more>> 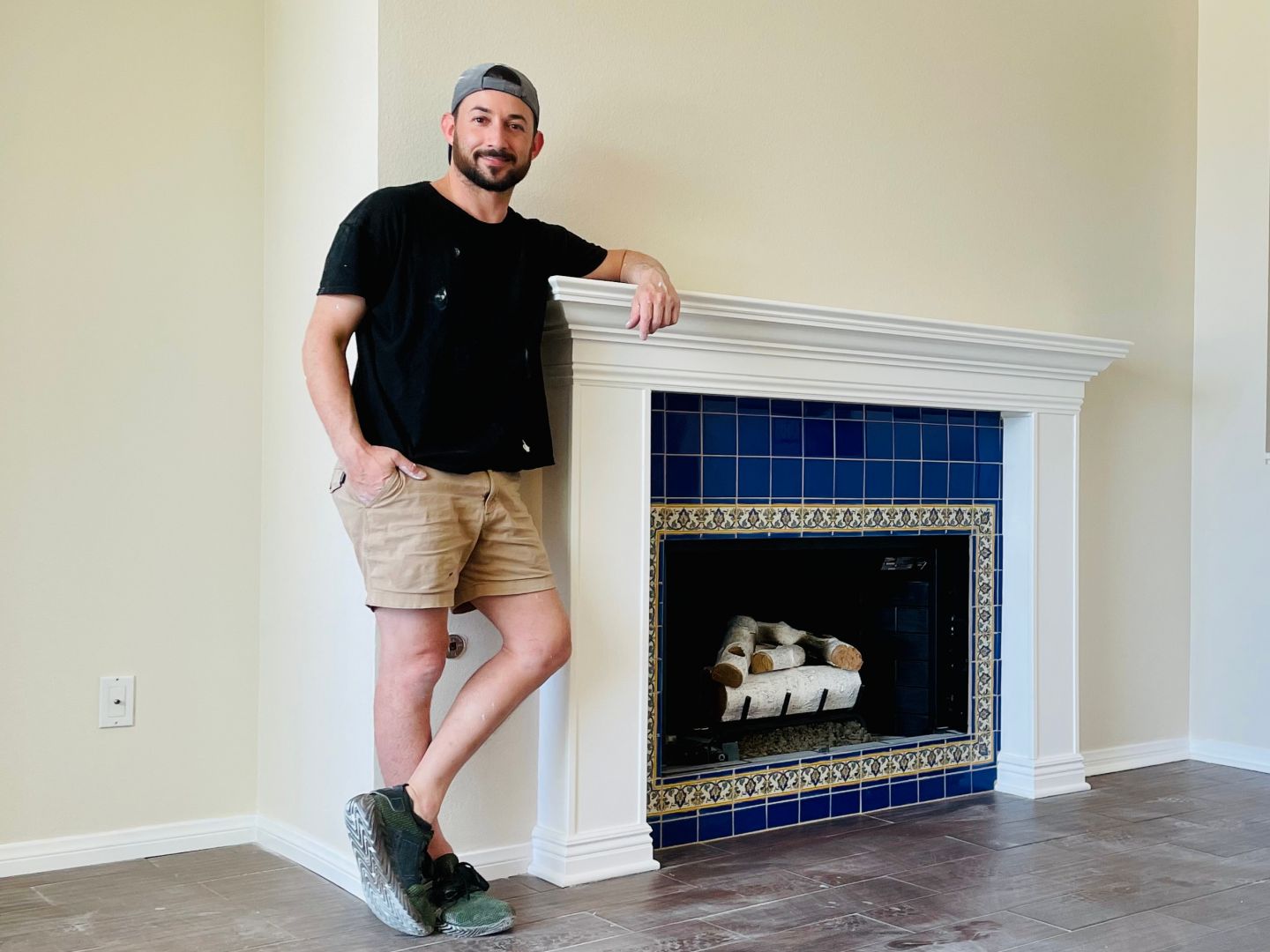 In order to understand who I am, and why I do what I do, you’d have to understand my unique history and origins. I am a first generation native to Los Angeles, California. My mother came here from Ecuador and my father from Colombia back in the 60s. Read more>> 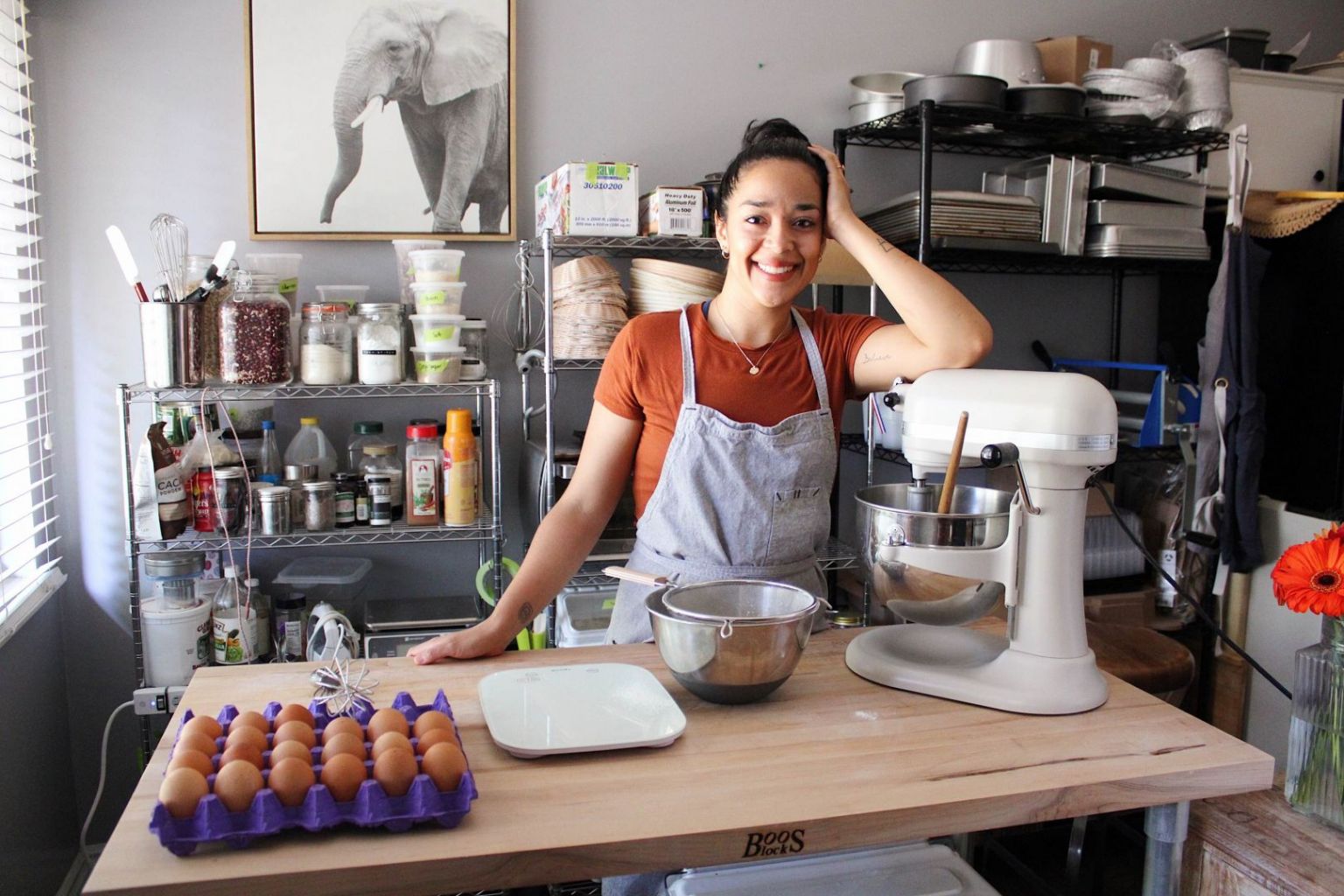 I am first generation American, my parents migrated from Guatemala in their late teens. I grew up up in a middle to lower class neighborhood in North Hollywood. We weren’t poor nor were we wealthy, we were privileged with more than the essentials. Read more>> 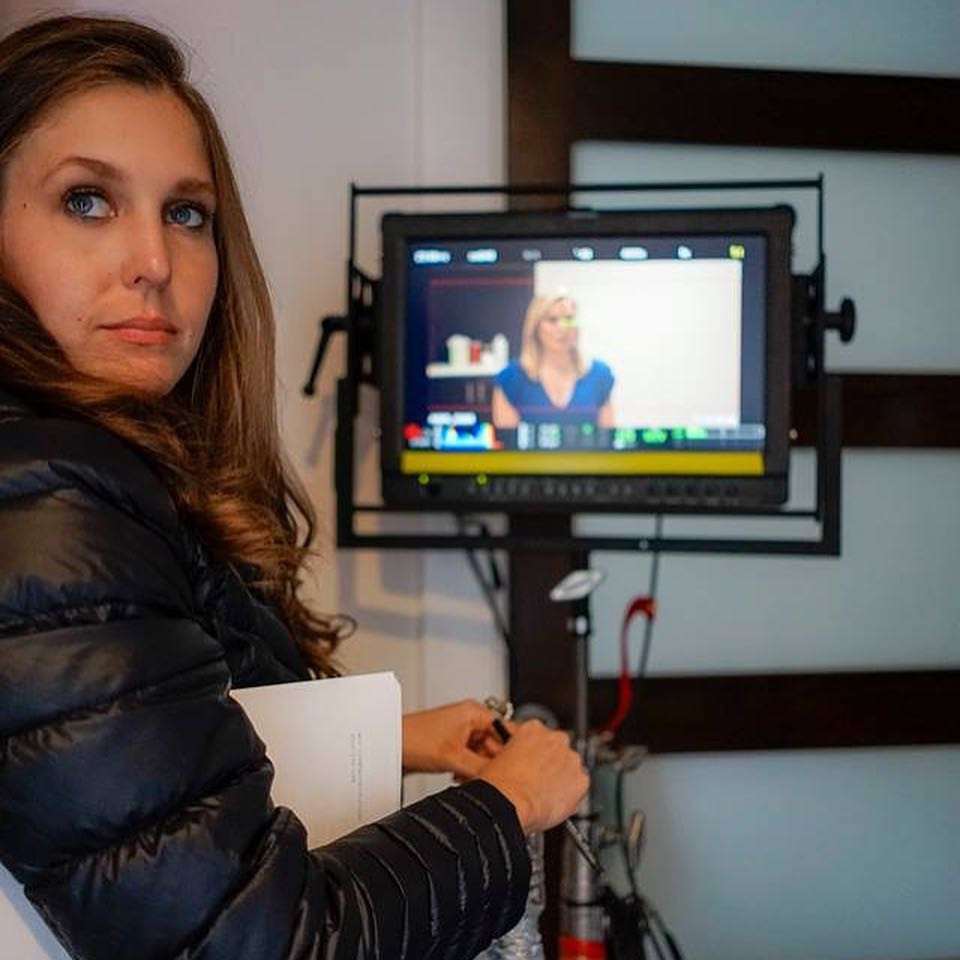 I am originally from a suburb of Chicago. Growing up, my father was a professional photographer. He used to have his own studio, but when I was born with my sister (I’m a twin), he decided to get a more corporate job and became a commercial photographer for a toy company. Read more>> 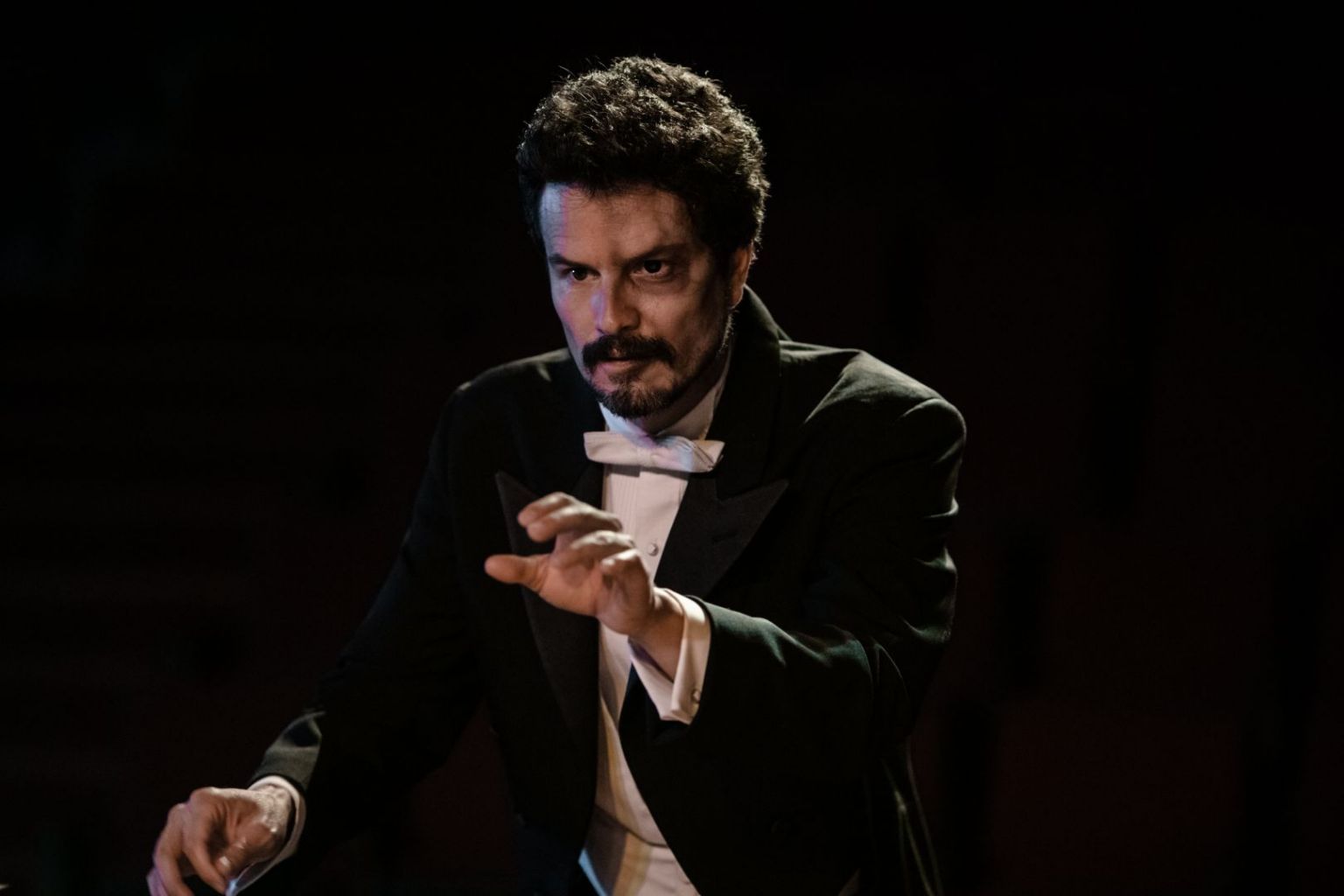 Hello there dear readers, I’ll give you a hint, easy one, enchiladas! I totally understand if you’re salivating already, we all love enchiladas right? especially the green ones with grilled cheese on top of beautiful handmade tortillas.
So, if you guessed correctly I’m your amigo and neighbor from Mexico and I’ve been living in LA for 7.5 years. Read more>> 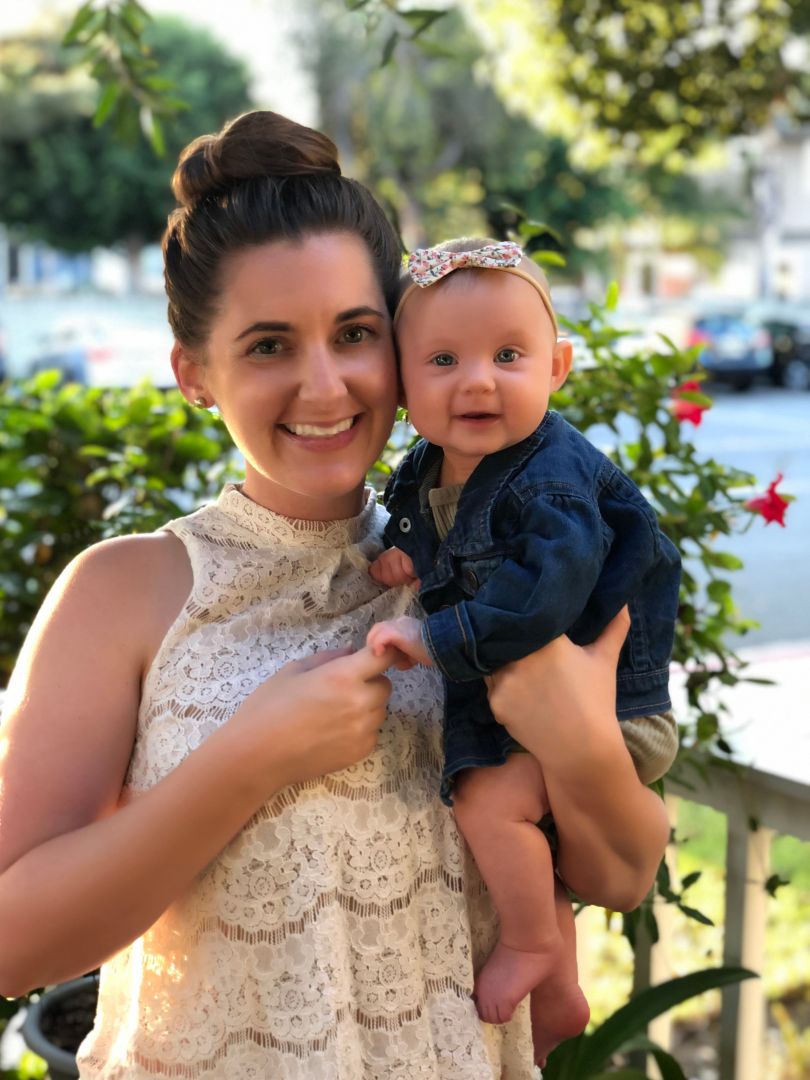 While I now call Southern California home, I am originally from a small town in New England; West Springfield, Massachusetts. “West Side” is a community where relationships run long and deep. I talk to my family daily and my friends regularly. Read more>> 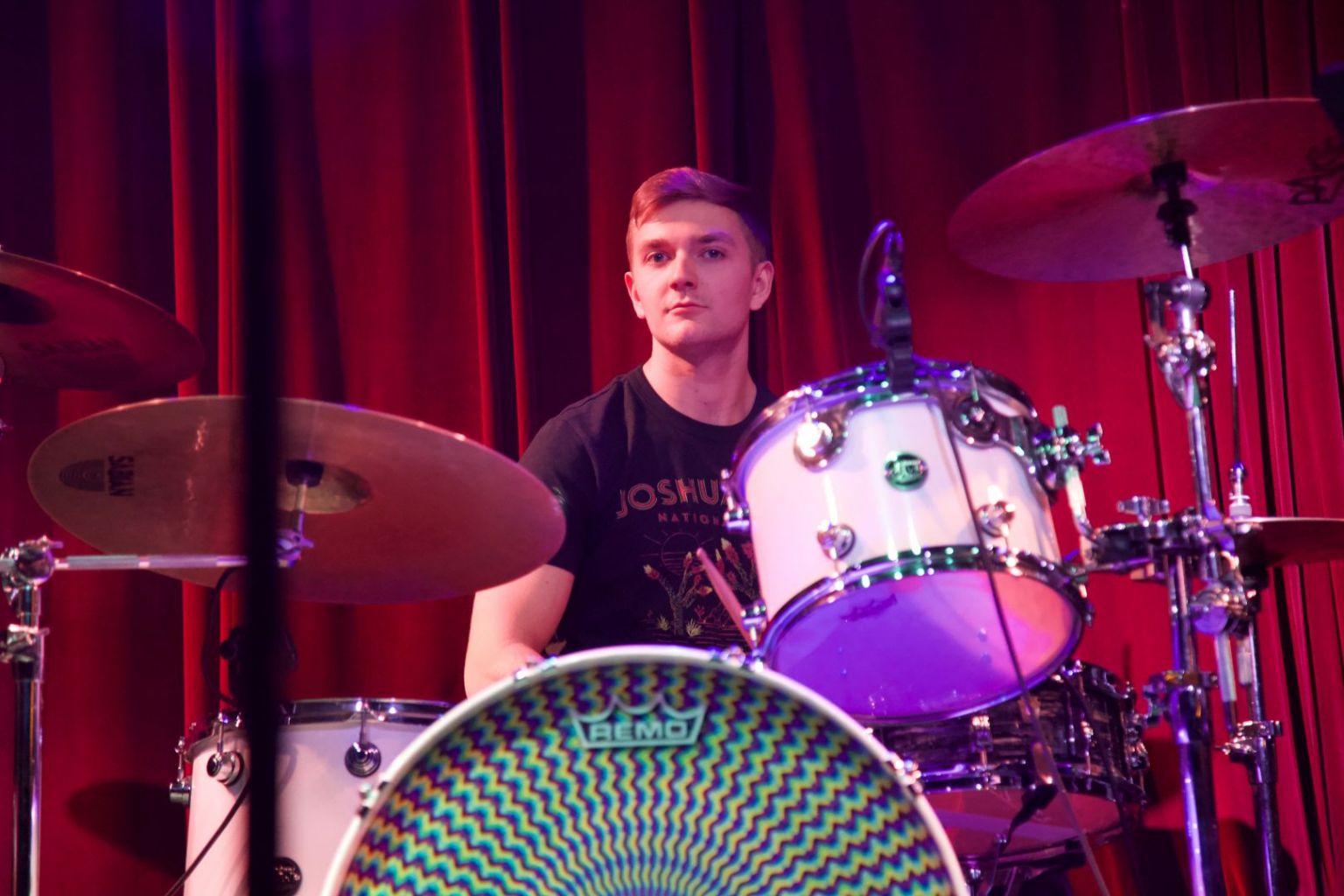 Growing up in West Des Moines, Iowa, my midwestern roots gave me a sense of community, respect for others and hard work and dedication for what I do. I spent my childhood actively involved in sports until at age 12 I discovered my passion for music through the physical expression of drums and percussion. Read more>> 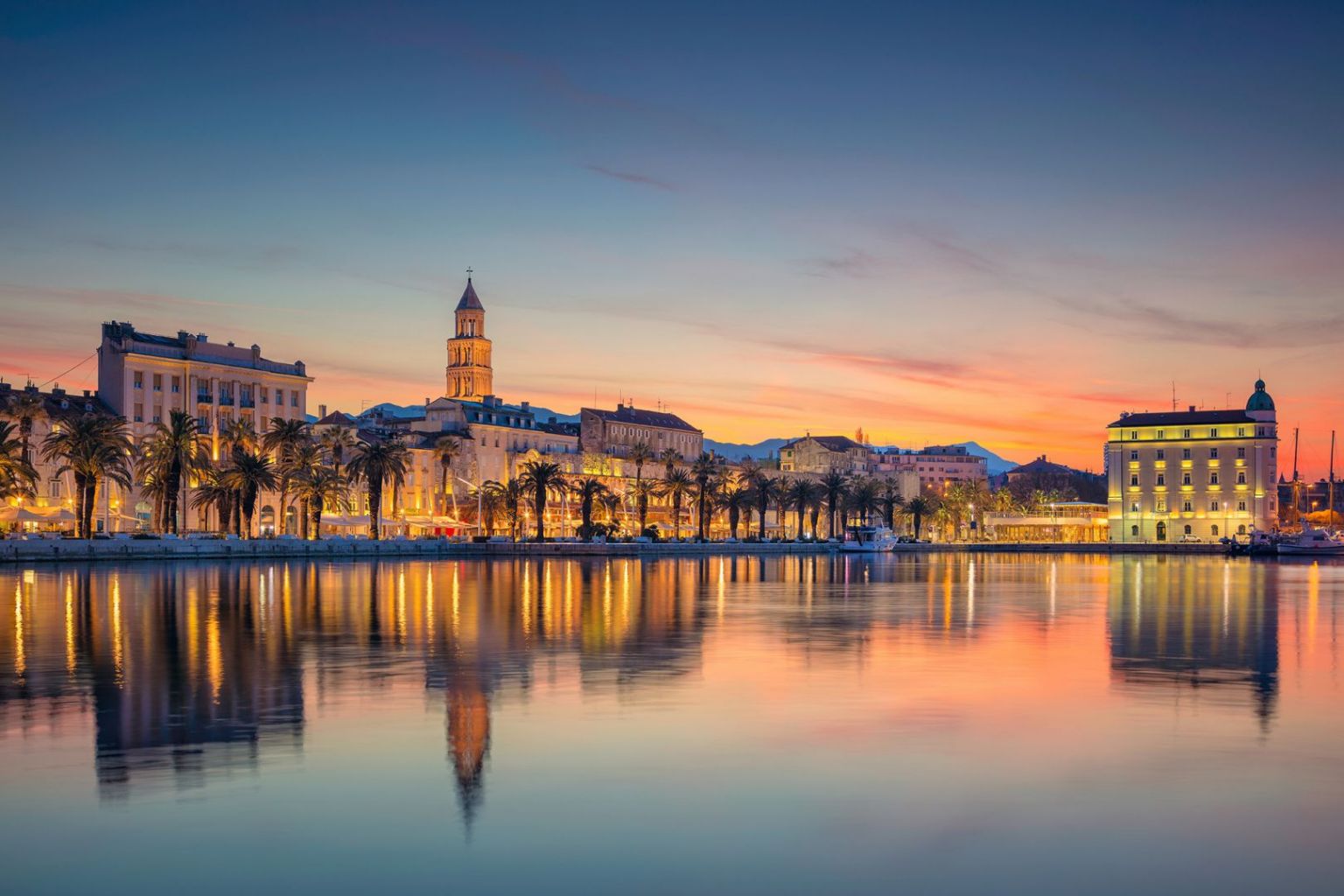 I grew here in Southern California, and have lived parts of my life in Fontana, Carlsbad, San Clemente and now, Calabasas. For me, I think growing up in SoCal provided a bit of shelter to many things outside of Surfing, Skateboarding, riding dirts bikes and of course Snowboarding. Read more>> 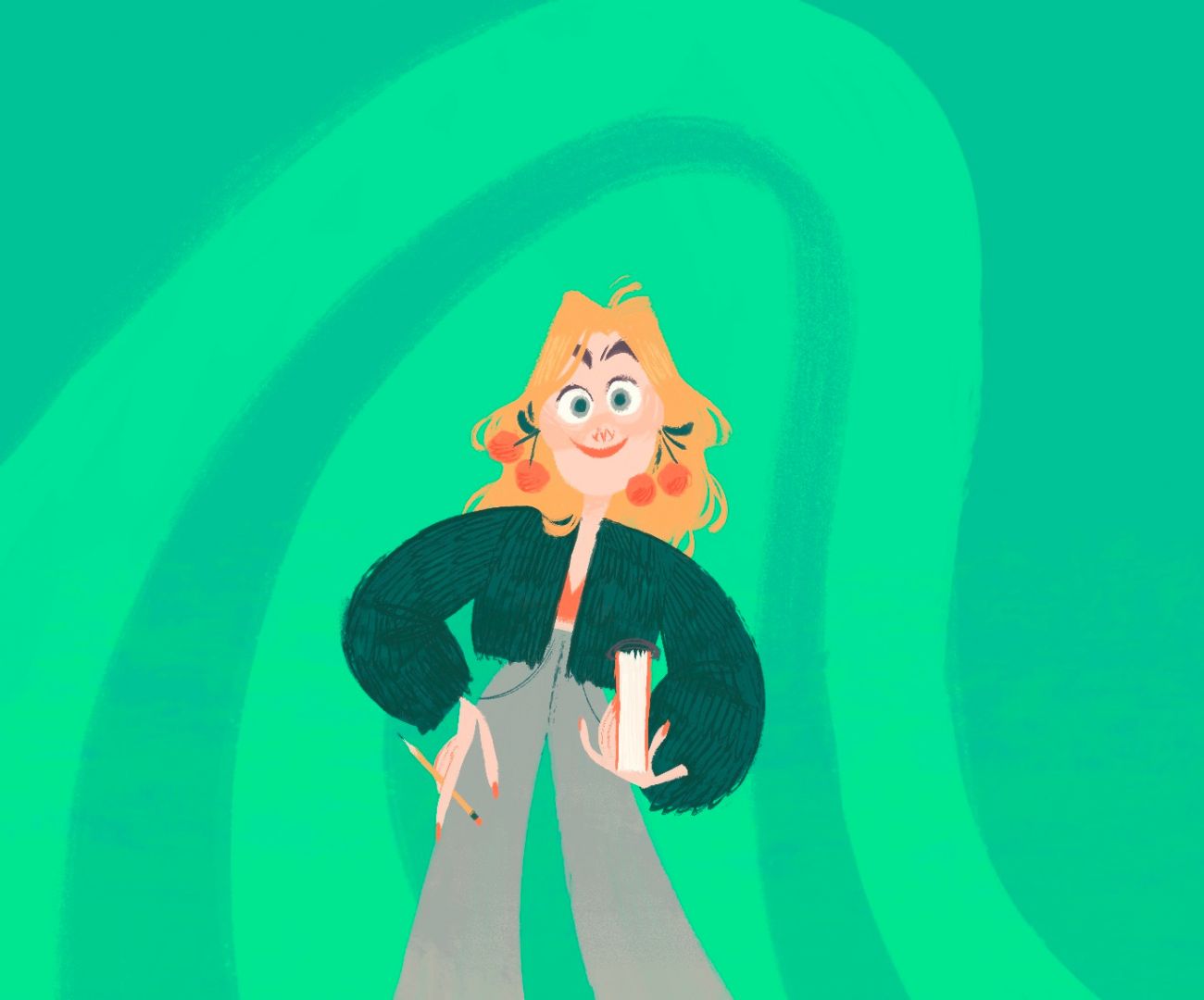 I don’t think that I knew many other kids who voluntarily woke up well before sunrise, let alone on a weekend. Saturday mornings were a precious opportunity to sleep in for my brothers, a rare flicker of peace for my parents, and several uninterrupted hours of unfettered access to the TV remote for me. Read more>>

I come from a Jamaican family, being the first generation born in New York, United States. That shapes who I am entirely, because I had a first hand view of what it looked like for my parents to migrate here at a young age and make a pretty decent life for themselves. Read more>> 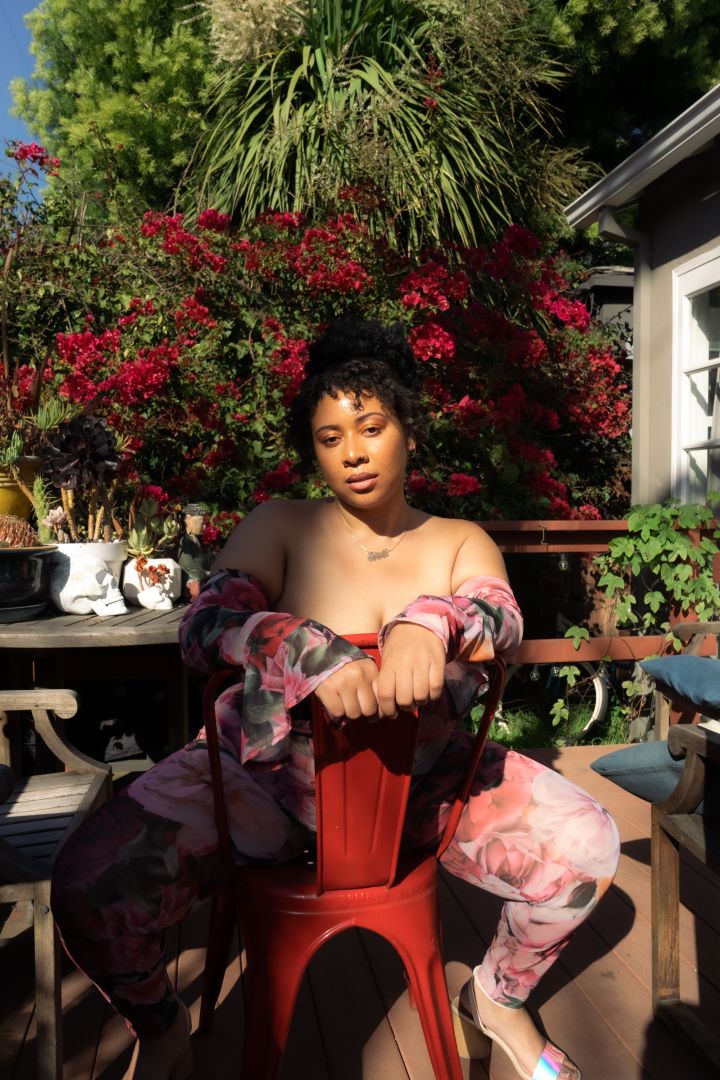 I was born and raised in New York City and have roots in the Caribbean and American South. Growing up in a diverse city like New York taught me how to appreciate other cultures and empathize with others. Read more>>